This article is written by CA. Chetan Monga.

Concept of online selling has always been an attractive avenue and lets people reach beyond a certain boundary. In the recent past, this business trend has seen a huge spike because of the E-Commerce players like Amazon, Flipkart etc. These companies analyzed the potential the concept of online selling has and because of which they are reaping hefty dividends on their investment. Who would have thought in the yesteryears that such a concept could exist and would boom like anything. In the current scenario, this nifty concept of online selling has given stiff competition to the local sellers who are selling in their vicinity. After having analyzed the potential of revenue creation in this system of selling, the Government introduced the very new concept of TCS ( Tax collected at source ) under the very new GST (Goods and Service Tax) Act which was implemented on 01.07.2017 in our country.

According to section 52 (5) of the Act, the Operator shall furnish an annual statement in form GSTR-9B, electronically, containing the details of outward supplies of goods or services or both effected through it, including the supplies of goods or services or both returned through it, and the amount collected during the financial year, before the thirty first day of December following the end of such financial year.

Provided that no such rectification of any omission or incorrect particulars shall be allowed after the due date for furnishing of statement for the month of September following the end of the financial year or the actual date of furnishing of the relevant annual statement, whichever is earlier.

Section 52 (9) of the Act – The discrepancies shall be communicated to the both persons i.e. the Operator and the concern Supplier.

Section 52 (11) of the Act – The concerned supplier, in whose output tax liability any amount has been added under sub-section (10), shall pay the tax payable in respect of such supply along with interest, at the rate specified under sub-section (1) of section 50 on the amount so added from the date such tax was due till the date of its payment.

All the above stated provisions may sound tough to comprehend and apply but since everything under the GST regime is technology-driven so compliances of above provisions have been inbuilt in the GST system. The same has been explained in a layman’s language and with practical approach under another heading below.

How this Concept works Practically

Let us try this concept through a lucid example. Let’s say a company ABC Limited wants to sell taxable goods(taxable @5%) on Amazon. For this, ABC Limited has to create an account as a seller on Amazon. Account creation is as easy as we create an account over Gmail or Facebook. After fulfilling all the requirements as required, the account gets approved by  Amazon. Now ABC Limited can start listing its products and executing the sales. Let’s assume that during the month of June 2020 the sales executed is Rs 1,00,000. Amazon will make the payment to ABC Limited after deducting its own commission ( for providing the platform) and TCS @1%. This TCS deducted by Amazon will reflect on ABC Limited’s GST portal under services/Returns/TDS and TCS credit received ( Refer Figure 1(a)).In order to get that TCS reflected on ABC Limited’s portal, Amazon needs to file GSTR-8 by 10th of July 2020. By filing GSTR-8, it declares that ABC Limited has executed sales of Rs 1,00,000 through its portal and TCS of Rs 1,000 has been deducted ( Refer Figure 1(b)). ABC Limited is also given the option to accept or reject it. This option is provided so that in case ABC Limited finds any discrepancies in the sales so declared by the E-Commerce, it may reject the same which will be intimated by the GST portal to the E-Commerce operator. This makes the system even easier for all the parties involved in the transaction.

(Figure 1(b): Details Sales executed through Amazon and TCS deducted on that sales)

(Figure 2: GSTR-2A Where Commission Invoices by the Amazon can be Checked)

Since the TCS deducted @1% is being reflected at ABC Limited’s GST portal, now it will not be able to escape these sales and it will have to declare these sales in its own GSTR1/3B. However, the TCS so deducted will be available as a credit which can be used to pay off the GST liability. Now ABC Limited will have to pay an additional 4% tax since 1% tax has already been deducted by Amazon(since the product sold by ABC Limited is taxable @ 5%). This  TCS deduction is a mere additional step to ensure that the sales executed on Amazon portal does not go unnoticed or is not concealed by the seller.

Had this concept not been in place, ABC Limited would have paid the entire 5% at the time of declaring its own sale in GSTR-1/3B. In that case, the Revenue would have been left at the mercy of the seller and there was no mechanism to track these sales. By bringing the concept of TCS, the Government has been able to keep a check on these types of sales and has been able to increase its tax collection.

This nifty concept has been one of its kind. This concept was never seen under VAT/Service Tax/Excise regime. There are so many new concepts that have been introduced to make the GST system robust and smooth and this is one of them. It will prove to be a boon for the Revenue as tax evasion will reduce substantially and tax collection will go up as all the transactions can be tracked in no time. However, it will be a challenge for the sellers as TCS so deducted will impact their liquidity flows because they can not claim it until they file their returns.  The Government has been making some genuine efforts to make sure that the tax system becomes more compliant and easy to follow. The paperwork has been brought to its bare minimum which has helped businesses at large. This will not help our country to grow but also help us to meet international standards. 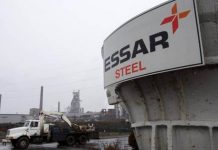