This article has been written by Nikhil Kumawat pursuing the Diploma in General Corporate Practice: Transactions, Governance and Disputes from LawSikho.

The National Company Law Appellate Tribunal (“NCLAT”) in the case of  Hystone Merchants Pvt Ltd v. Satabadi Investments Consultants Pvt. Ltd. has held that the Adjudicating Authority (“AA”) can refuse to admit an application that is otherwise complete in all respects under section 7 of the Insolvency and Bankruptcy Code, 2016 (“IBC”) if there are visible signs of fraud, collusion or malicious intent under Section 65 of the IBC. Interestingly, the NCLAT decided to reject the application on its own motion under Section 65 of the IBC, meaning thereby that the corporate debtor never averred that the application was fraudulent or motivated with malice.

Background and facts of the case

A loan of Rs 3,00,000 was sought from the Appellant- (Hystone Merchants Pvt. Ltd.) being the financial creditor of the Respondent (Shatabdi Investments Consultants Pvt. Ltd.)- being the Corporate Debtor for six months with  an interest rate of 15 percent per annum on 15th February 2019. However, due to business losses, the Corporate Debtor was not able to recover and thus was unable to repay the loan.

The Financial Creditor submitted that the NCLT had no discretion except to admit the Application filed u/s 7 of the code when the petition fulfills all the ingredients of Section 7 of the IBC. The Respondent- Corporate Debtor sought necessary clarification about the balance sheet, regarding the Company’s net worth being Rs 153 Cr as per the financial statement of 2018-19.

The bench, however, observed that still, in the present situation when the order was passed, the Company’s position had starkly deteriorated and the company was unable to repay the loan.

The case before the adjudicating authority

The Financial Creditor approached the Adjudicating Authority with an application under Section 7 of the IBC to recover its unsecured loan of rupees three lakhs. The Corporate Debtor (“CD”) cited the pandemic-induced recession as the reason for its failure to pay back the loan, thus not contesting the existence of default under Section 7.

An appeal in the NCLAT

The financial condition of the Corporate Debtor worsened in a year, giving rise to the default. It was also contended that Corporate Debtor invested its money in companies that were now either under liquidation or were going through the Corporate Insolvency Resolution Process, causing the impugned debt’s default.

Still, due to standard accounting practices, the Corporate Debtor was bound to depict the amounts as receivables, although there remained grim prospects of actually receiving the money.

Rejecting the arguments, the NCLAT upheld the order of the Adjudicating Authority by relying on Section 65 of the IBC. The NCLAT held that section 65 could not mean the imposition of penalties alone. The Adjudicating Authority has the inherent power to restrict the perpetuation of applications motivated by fraud or malice. The tribunal held in the case of Amit Katyal v. Meera Ahuja that “section 65 explicitly says that if any person initiates the insolvency resolution process or liquidation proceedings fraudulently or with malicious intent for any purpose other than for resolution of Insolvency or liquidation, as the case may, the Adjudicating Authority may impose a penalty”.

Analysis of the case

Critique on the anvil of Section 7 of IBC

Textually, Section 7(5)(a) imposes three conditions before admitting an application, i.e., first, the existence of default; secondly, completeness of an application under Form I and thirdly, that there are no pending disciplinary proceedings against the Resolution Professional(“RP”) proposed to be appointed.

The Adjudicating Authority in the present case was concerned with the existence of the first two conditions, while the RP’s appointment was not contested.

The law concerning Section 7(5) of the IBC has been lucidly laid down in the authoritative pronouncement of Innoventive Industries Ltd. v. ICICI Bank, where the Apex court has held that “the moment the adjudicating authority is satisfied that a default has occurred, the application must be admitted unless it is incomplete, in which case it may give notice to the applicant to rectify the defect within 7 days of receipt of a notice from the adjudicating authority.” Additionally, the NCLAT in Shobhnath v. Prism Industries has held that the Adjudicating Authority is merely required to see whether there is a debt and a default, and it cannot take any other irrelevant or extraneous consideration into account. Thus, in the present case, it can be safely argued that when the application fulfilled the profile under Section 7, the Adjudicating Authority, while rejecting the application, was motivated by extraneous consideration beyond Section 7, something which is impermissible. The NCLAT in the present case has also held that the word “it may” in Section 7(5)(a) itself leaves ample scope for the Adjudicating Authority to exercise its discretion before admitting or rejecting the application.

Thus, NCLAT held that there was nothing wrong with the decision of the Adjudicating Authority in declining the application. It is right to argue that a certain amount of discretion has been vested with the Adjudicating Authority under Section 7 of the IBC when seen in contrast to Section 9(5) of the IBC, which uses the word ‘shall‘. However, this difference is not conclusive for such a finding.

The NCLT ruling in India Bank v. Varun Resources Ltd though not binding on the NCLAT, can still be considered a directory tool for understanding the scope of discretion vested in the Adjudicating Authority under Section 7. The NCLT held in this case that the discretion vested in the Adjudicating Authority has to be exercised for admitting the application rather than for denying it; especially when there is ample documentary evidence for debt and default.

Based on this, it can be safely concluded that the NCLAT has erred in upholding the order of the Adjudicating Authority denying the application when there was sufficient documentary evidence indicating the existence of default.

The discretion is conferred for cases where the prerequisites of section 7 are fulfilled, and still, the Corporate Debtor agrees to settle the claim. In such cases, the discretion can be exercised to reject the application to foster greater flexibility amongst parties, which lies at the root of good bankruptcy law.

Thus, where there lies are more significant, the objective of preserving the administrative costs without disrupting the existing corporate entity, discretion can be exercised. However, the Adjudicating Authority has failed to indicate any such significant reason to reject the application in the present case. The Adjudicating Authority only indicated towards the net worth of the Corporate Debtor and its corporate guarantee, which are extraneous factors while deciding an application under Section 7, especially when there are no averments concerning such factors by either of the parties. 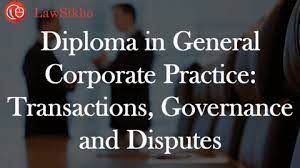 Misplaced reliance on Section 65 of the IBC

A prima facie reading of Section 65 indicates that to fall within the contours of the Section, there is a twofold requirement. Firstly, the application has been filed either fraudulently or with malicious intent, and secondly, it has been filed for a purpose other than resolving insolvency or liquidation. Both conditions must coexist because the second part dealing with any other purpose has been qualified by ‘fraud or malicious intent.

However, the NCLAT seems to be motivated by the second factor alone, while there is nothing in the decision that could have justified the existence of the first condition. The NCLAT concluded that the application was initiated for a purpose other than insolvency without substantiating its conclusion on the presence of fraud or malicious intent, which is a sine-qua-non for Section 65.

Apart from this, the proceedings under Section 7 are ‘summary proceedings’ i.e that the Adjudicating Authority has to decide the question of default by a short enquiry resulting in a rapid decision. Given this, it has been held by NCLAT in the case of Monotone Leasing v. PM Cold Storage that in such summary proceedings, it is difficult to determine the applicant’s intent unless shown by way of documentary evidence. In the present case, none of the parties even averred about the fraud or malicious intent, let alone the aspect of laying documentary evidence.

In the present case, the Adjudicating Authority presumed the presence of collusion (a subset of fraud) between the Creditor and Corporate Debtor without even allowing either party to defend their position.

Applying this vis-à-vis section 65 of IBC, it has been held by NCLAT in the case of M/S  Unigreen Global Private Limited v. Punjab National Bank that prima facie opinion has to be formed before imposing a penalty under section 65. Thereafter, the Adjudicating Authority is required to accord a reasonable opportunity of hearing to the person to enable it to explain and defend its case.

In the present case, the Adjudicating Authority formed a prima facie opinion and gave finality to it based on the net worth of the Corporate Debtor without allowing the parties to explain their respective positions. The NCLAT must have referred back the matter on this ground alone as it prejudiced the parties’ rights in presenting their case. Thus, it is difficult to discern how the NCLAT concluded that fraud or mala fide intent was present in the Creditor’s application in the absence of any documentary evidence or averment. Moreover, when there are doubts over the existence of fraud and malice, the application of section 65 itself becomes dubious.

As it has been compellingly argued and indeed so, it is not a rule of thumb that a company having a good net worth can generate sufficient cash flows to meet its obligations, which is further corroborated by the Bankruptcy Law Reforms Committee (BLRC) report.

As per the BLRC report, bankruptcy is often motivated by either financial failure (mismatch between payment and receivables) or business failure (insufficient revenue to meet the payment obligations), or, in some cases, by both. In the present case, however, the NCLAT, by relying on the net worth and corporate guarantees, presumed that both the failures must coexist to trigger insolvency, which is fallacious. The ruling will bring instability and uncertainty in the current bankruptcy law, which is undesirable and against the principles for which the code was brought into place. Suppose the matter is carried forward in appeal. In that case Pioneer’ Urban Land Infrastructure v. Union of India, it is expected that the Hon’ble Supreme Court will set aside this ruling based on its own previous decisions and prevent the exercise of unfettered discretion by the Adjudicating Authority while admitting an insolvency application, in line with the objective of the IBC to have minimal judicial interference.