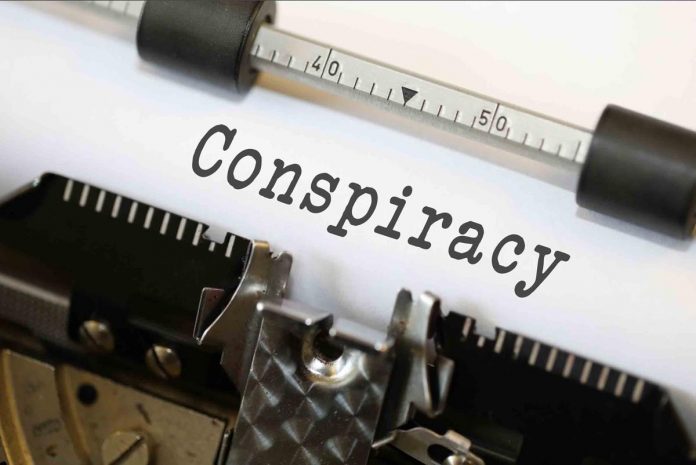 This article is written by Dhruv Vatsyayan of Law School, BHU pursuing his 1st year of B.A.LL.B. In this article, he deals with Conspiracy Under Torts.

Ever since we have started to explore the nuances of law, we have studied conspiracy as a criminal offence. Conventionally, the word ‘Conspiracy’ means secret plotting for committing something unlawful or treacherous, which causes turmoil in the social order and causes instability in society.

So, in this article, we’ll be discussing in-depth about the Tort of Conspiracy or act of Civil Conspiracy.

In a simple language, the act of conspiracy means ‘a secret plan to do something which is unlawful or harmful, which is to be executed in the near future’.

According to the nature of the conspiracy, it may be classified as:

The most famous type of conspiracy is criminal conspiracy. Generally speaking, the act of Criminal Conspiracy is defined as ‘Two, or more than two people agreeing to do an illegal act or offense together’.

Section 120A of the IPC states the definition of a criminal conspiracy. It is defined as:

Are said to be involved in a criminal conspiracy.”

While section 120B of the IPC defines and establishes the punishments to be inflicted for the act of conspiracy. It states that:

Now lets understand what are the essentials for an act to be considered as a criminal conspiracy.

Following are the essentials of a Criminal Conspiracy:

However, one must not confuse between the degree of the conspiracy of an act and committing the act itself.

In the case of Leo Roy Frey v. Suppdt. Distt. Jail this distinction was clearly explained and defined, wherein court observed that-

Now, let’s come to the main focus of the article, where we’ll be discussing about Civil Conspiracy or Conspiracy under Torts.

The most famous definition of the tort of conspiracy was given by Lord Brampton, in the case of Quinn vs Leathem, this was:

“ A Conspiracy is an unlawful association of two or more than two persons, to do any act which is not legal according to the law of land or to do something harmful towards another person or to carry out an act not in itself unlawful, but by unlawful means.”

Conspiracy can also be understood as a partnership between persons, where they come together to commit or involve themselves in the planning of some act.

Suppose there are three people, Mr.A, Mr.B, and Mr.C. Now B and C undergo an agreement that clearly establishes that they are agreeing on the proposal to doing a fraudulent act towards Mr.A. In such a case, this can be said to be a kind of tort of conspiracy or civil conspiracy.

Any instance where conspiracy is done for the pursuance of a wrongful act of civil nature can be said to be Tort of Conspiracy.

Now, let us discuss the essentials of a Civil Conspiracy:

Having an intention to injure or harm someone is the foremost essential of the tort of conspiracy. For an act to become a tortious conspiracy, there must be a common intention of all the people involved in the conspiracy to do an illegal act or an act which is contrary to the law. However, the degree of intention to harm may differ and vary but the presence of the intention is an essential prerequisite.

Ideally, individuals never do an act with the same motive but the crux of this theory is to see what was the predominant purpose of the association for doing conspiracy. The point to be given attention to is that only if the interest of the defendants is served by the act ,it will not be actionable even if they were pleased by the losses and damage suffered by the claimant.

Illustration: Suppose Ram and Shyam form an association and they both collectively practice such business by which they gain profits but at the same time, are causing heavy losses to Mohan. Now, it was never their intention to harm Mohan but to gain profits. So, such an act would not be considered a conspiracy.

It means that at least two or more than two people must be involved in the planning and there must be concerted actions between them.

As stated in the case of Topan Das vs the State of Orissa, having an association with two or more than two people is essential for conspiracy, as no one can conspire with themselves.

Illustration: For example, Ajay enters the house of Rohit for stealing money. At the same time, Ravi also enters Rohit’s house for stealing money. In this case, although the intention of both, Ajay & Ravi was the same, they never formed an association. Thus, can not be charged under conspiracy.

Another essential of the Conspiracy under torts is that some overt act must be done by the defendants which causes harm to some other person. It is not necessary that the whole conspiracy must be carried out in the form of action. A single step towards the commission of the conspiracy may amount to the offense.

For the overt act to be considered as essential, it is necessary that one of the contributors have acted for the fulfillment of the intention behind the conspiracy.

Thus, for a conspiracy to be considered as a Civil Conspiracy, it is necessary that one of the conspirators has acted in furtherance of the plan.

Suppose 4 persons agree to do an illegal act. But, a mere agreement can not make the act to be questioned. Suppose that the illegal act they agreed upon was robbery. So, unless one single step towards committing a robbery is not taken up, they can not be made liable.

Types of Conspiracy Under Torts

Now, we’ll be discussing different types of Conspiracy Under Torts. Following are the types:

A general conspiracy is an unlawful/illegal association of two or more than two persons in pursuance of an act, which is contrary to the law and is harmful to the others. In other words, if people are forming an association with the intention of harming others, then it would be considered as a general conspiracy.

For example, during an act by the actors, a certain group of people starts to hiss or start to boycott a particular actor, then, the intention or the purpose of the act becomes relevant.

This kind of conspiracy is also known as ‘Crofter’ Conspiracy, as this doctrine has emerged in the case of Crofter Hand Woven Harris Tweed Co Ltd v Veitch. It was laid down in this case that when an association is formed by people with the sole purpose of inflicting damage upon someone, which would otherwise be lawful even if committed by one person with an intention of causing harm.

In such type of conspiracy, the sole purpose of the combination or, the association is to injure someone.

The most remarkable precedent was laid down in the Moghul Steamship Company’s Case that,

If two people, suppose X & Y are doing some act in pursuance of their business for expanding their business and increasing their gains but also end up injuring someone. In such cases, if there was no intention to harm the injured person, then the act is not actionable in the eyes of law.

Another important legal case regarding this is the Quinn vs Leathem case.

This case laid down that, an association of two or more people to injure another person with legal justification or excuse, by means of inducing his business customers to break contracts with him or not to deal with him is actionable.

This type of tort involves an agreement between two or more than two parties. Wherein, at least one of them agrees regarding using unlawful means against the claimant.

The facts, in this case, were that the workmen of the two industrial premises went on a strike. The Strike mentioned above was illegal under Section 23 r/w Section 24 of the Industrial Disputes Act, 1947. Now, the question which came before the Supreme Court was that if, the workmen are liable to pay the compensation for the losses incurred by the management during the strike period.

The Court stated that the object of the strike was not to inflict any injuries or damages to industrial establishments. Although the act of strike would be considered as conspiracy, it was not actionable.

There are two elements of this type of conspiracy:

The Intention of the Defendant

The damage to the claimant must be treated as an essential cornerstone while determining the liability of the defendant or the accused.

Unlawful means are the acts or the conspiracy of such acts that would be wrongful and actionable under the Tort Law. Even those acts are considered in this category which would have been of criminal nature if committed by a single person.

If these two elements are proved to be present in an act, then such an act would be considered as ‘Unlawful Means Conspiracy’.

As India was under the rule of the British Empire, the law evolved in India traces back its origin to the common law in England. Similar is the case with the Tort Law in India. However, the field of Conspiracy under Tort needs more development in India, as it is at a very nascent stage.

Also, the major issue with the tort of conspiracy is that only a group of people can be made liable under this but not an individual. The point here is that suppose, if there are 5 conspirators in an act and 3 of them are not proven to be guilty, then the other 2 would also not be convicted by the court of law.

Thus, the tort of conspiracy needs many developments, reforms, and enactments.