In this blog post, Vidit Mehra, a law student, pursuing his LL.B. from Symbiosis Law School, Pune, analyses the constitution of a One Person Company in the light of the Companies Act, 2013 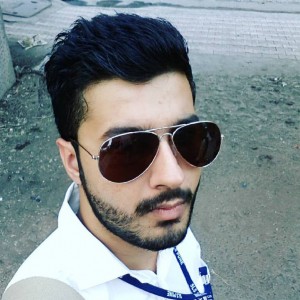 The word company has no strict or formal, technical or legal meaning. According to the Companies Act, a company means a company formed and which is registered under the Companies Act. [1] A company is incorporated under the Companies Act, 2013 or under any other previous law. In common law, a company is a legal person or legal entity, separate from and capable of Perpetual Succession which is surviving beyond the lives of its members[2]. It has rights and duties of its own. It can be called as a legal device for the attainment of any social and economic end. The history of Indian Company Law began with Joint Stock Companies Act of 1850. After which the cumulative process of amendment and consolidation brought us to the most comprehensive and one of the most complicated piece of legislation, the Companies Act, 1956.

But even so, it is not exhaustive of all the modes of bringing business concerns. Special Acts of the Parliament can form organisations for business or commercial purposes. The Life Insurance Corporation of India, for example, has been formed for business in life insurance under the Life Insurance Corporation Act, 1956. Such institutions are called “corporations.” Business firms or other institutions incorporated under the Companies Act are known as companies. After some process of amendment, the Companies Act of 1956 has been replaced by the Companies Act of 2013. The new act has only been amended and has consolidated certain portions of the company law. This new act has introduced many things, and one of it is the Formation of the One Person Company. A relatively new concept which came into the existence.  We will see and discuss at length about this new type of company, its structure, composition, process, comparison with different countries and need of it in the light of the Companies Act, 2013.

Types of Companies under Section 3

A company may be of three types, namely:

Section 2(62) of Companies Act, 2013 describes a one person company. Under this, the sole shareholder has to get a DIN (Director Identification Number) and digital signature certificate after which he must apply for the name of the company and consent of the nominee in prescribed forms after which members have to subscribe their names to the memorandum of the company. The memorandum has to indicate the name of another person with his prior written consent in the prescribed form. No minor can be a member or nominee of a one person company. The nominated person assumes the role of a member in the event of the death of the subscriber’s death or his incapacity to perform a contract. The consent has to be filed with the Registrar at the time of formation/incorporation of a one person company along with its Memorandum and Articles. Such a person may withdraw his consent in a prescribed manner. The member of such a company may also change the name of such person by following the laid procedure by intimating the change to his nominee and by indicating in the memorandum or otherwise. This change has to be notified to the Registrar, and it will not be taken as an alteration of the memorandum. Payment of the requisite fee is made to the Ministry of Corporate Affairs along with the Stamp Duty and after scrutiny of documents at the Registrar of Companies, the sole shareholder shall receive a final certificate of incorporation.

Registration of a company can be secured by filing an application with the Registrar of Companies under Section 7(1)[3]. The application should be sent along with following documents:

Section 7 of 2013 Act introduced new requirements like filing of an affidavit that has to be filed by each of the subscribers to the memorandum and persons named as the first directors if any in the article. It should also include that he has not been convicted of any offences in connection with promotion, formation or management of any company or found guilty of any fraud or misfeasance or of any breach of duty to the company under the Act or preceding company law during the preceding five years and that the documents filed for registration contain correct and complete information and true to the best knowledge and belief, address of communication, particulars of name, Director Identification Number, residential address, nationality and other particulars including proof of identity as may be prescribed and particulars of interests of person mentioned in the articles as the first directors of the company in other firms or bodies corporate with their consent to act as directors of the company in such form and manner prescribed. The company must preserve and maintain the copies of all documents at their registered office till its dissolution under the Act. Also, there is a restriction on conversion of a one person company to any other form of company for two years from the date of incorporation, except if the threshold limit is increased by 50 lakhs. 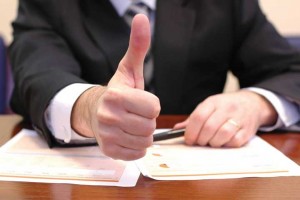 the finance ministry has not laid any specific provisions for it. It is assumed that the taxation policy will be as per a private limited company. Net profits which are calculated by deducting expenses from sales shall be taxed at 30 percent along with Education Cess and Krishi Kalyan cess. Compliances are relaxed which are normally applied to other private limited companies. Section 96 of Companies Act, 2013 which talks about annual meetings is not applicable to a one person company, and only the resolution shall be communicated by a member of the company and minutes entered, signed and dated by a member shall be deemed to be the date of the meeting. There is no requirement of preparing cash flow statements in annual financial statements, and such annual returns can be signed by the director instead of a getting it signed by the Company Secretary. Section 100 to 111 are not applicable to a one person company for further ease and Section 176 which talks about holding minimum four board meetings in a year shall also not apply.

Minimum paperwork, ability to form a separate legal entity with a single member, provision of conversion to other types of companies through induction of more members and amendment in a memorandum of association are few main objectives of the introduction of this concept to India. It is not wrong to say that it is still in its early stage, and teething problems may arise because the market will take its own time to get adapted to this new mode of business. It holds a bright future for young business person and entrepreneurs. The risks are limited to the extent of the value of shares held by such person in that company. This concept is expected to give a big boost to the small structured businesses. The only care that should be taken is that there shall be zero regulatory mess ups and non-compliance which can hamper the growth of Limited Liability Partnerships. India is opening its door to FDI and investments but before that, we need to create a strong foothold for our people who can tread on the path of sustainable growth, year on year. To reach the GDP of China, India needs to have sustainable growth for years in a continuation. A one person company was much required and may prove to be a stepping stone for it.

[3] It must be made to the Registrar in whose jurisdiction the registered office of the company is situated.