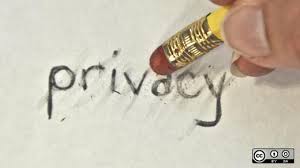 In this blog post, Shipra Prashant, a 2ndyear student of UPES Dehradun writes on Development of the idea of Homosexuality and the exceptions in Right to Privacy.

Section 377 of the Indian Penal Code states that- Whoever voluntarily has carnal intercourse against the order of nature with any man, woman or animal, shall be punished with [imprisonment for life], or with imprisonment of either description for a term which may extend to ten years, and shall be liable for fine.

The term ‘carnal intercourse’ has no definite meaning. The Supreme Court has stated that meaning of ‘carnal intercourse’ should be fluid in nature and not rigid. A Bench of Justices G S Singhvi and S J Mukhopadhyaya said, “The meaning of the word ‘unnatural sex’ has never been constant,” The Indian Penal Code has been vague in defining the terms, but when the question arose  as to whether it criminalises consensual sex between two homosexual, the answer was affirmative.

Such a debate as to what constitutes ‘unnatural sex’ gave rise to the whole agenda of providing the LGBT (lesbians, gays, bisexual, transgender) their rights. It is quite ironical that Homosexuality has an ancient history in India. Ancient texts like Rig-Veda which dates back around 1500 BC and sculptures and vestiges depict sexual acts between women as revelations of a feminine world where sexuality was based on pleasure and fertility. The description of homosexual acts in the Kamasutra, the Harems of young boys kept by Muslim Nawabs and Hindu Aristocrats, male homosexuality in the Medieval Muslim history, evidence of sodomy in the Tantric rituals are some historical evidence of same-sex relationships.

Homosexuality in Aryan Era and change in behaviour:

Ever since then, homosexuality has become an unacceptable notion in Indian. However with each passing year, this notion of homosexuality as a mental disorder changed across the globe. Various countries across the world started adopting a broader perspective concerning homosexuality. In 1994, South Africa became the first nation to legalise homosexuality followed by Canada, France, Luxembourg, Holland, Slovenia, Spain, Norway, and Denmark.

But in India, despite having such an extensive past, no progress has been made. In fact, the law which criminalises such activity has its roots in 1860, pre-colonial India. Even though IPC have been amended 30 times since its adoption, but this section of IPC remained unaltered.

In 2001, Naz Foundation, an NGO filed a writ petition in the court with a demand to legalise consensual sex between adults and challenging the constitutional validity of section 377. The petitioner contended that Section 377 encroached upon Articles 14, 15, 19 and 21 of the Constitution of India and also that the section should decriminalise consensual penile non-vaginal sex between two consenting adults of the same sex. In the landmark judgement conveyed in 2009 by the Delhi High Court, that the section was in fact in violation of various fundamental rights including, the right to privacy, the right to dignity under the fundamental right to life and liberty. It was also in violation of Article 14- the right to equality, Article 15- no discrimination on the basis of gender, as was stated in the decision.

The decision of the High Court was regarded as a step toward an open-minded society but then the case was taken to Supreme Court, in the case of Suresh Kumar Koushal and another v NAZ Foundation and others. Justice Sanghvi, in this case, said that Indian Penal Code was pre-constitution and if in fact, any part of the section was in violation of the fundamental rights as prescribed in Part III of the constitutional, it would be void and would have repealed long ago. Also, the practice that is being followed is that of reading the section together with any provision of the legislative. Even if the doctrine of severability is applied in listed section, it will be affecting the whole of the section, and it is not possible. Therefore, the decision of the Delhi High Court in this aspect was incorrect.

The Supreme Court, therefore, concluded that Section 377 did not suffer from any constitutional infirmity and left the matter to the legislature to consider the legitimacy and desirability of the section, whether there shall be some sort of alteration to allow consensual sexual activity between two adults of the same sex in private.

The decision taken by the Supreme Court might have caused an uproar in the LGBT community; they have been quick to tag India as a regressive nation, lacking open-mindedness and not letting people exercise their right to privacy and right to life.

In fact, when the whole debate with respect to the Supreme Court was merely regarding the constitutional validity of Section 377, which was upheld by the Apex Court. By giving such a decision, Supreme Court has not criminalised Homosexuals; in fact, it has urged the legislature to take proper initiative to provide the minorities with their rights.

There has been constant urge by the LGBT community that they should be heard and they demand equal rights as given in heterosexual world.

Lord Denning has also asserted this fact, “English law should recognise the right to privacy, any infringement should result in damages or an injunction as the case may require. It should also recognise a right of confidence for all correspondence and communications which expressly or impliedly are given in confidence. None of these rights is absolute. Each is subject to exceptions. These exceptions are to be allowed whenever the public interest in openness outweighs the public interest in privacy or confidentiality. In every instance, it is a balancing exercise for the Courts. As each case is decided, it will form a precedent for others. So a body of case-law will be established.“

The right to privacy has been considered as an important ingredient in a person’s right to liberty, in the case of Kharak Singh v. State of U.P, the question regarding whether surveillance conferred on the police by the UP police was violative of Article 19(1)(d) and Article 21 of the Constitution. The court at that point regarded it as not an infringement. But this gave rise to the need for emphasising the essential ingredients of personal liberty.

The court in the case of R. Rajagopal v. State of T.N gave the decision that the right to privacy is implicit in the right to life and liberty guaranteed to the citizens of this country by Article 21. A citizen has a right to safeguard the privacy of his own, his family, marriage, procreation, motherhood, child-bearing and education among other matters. None can publish anything concerning the above matters without his consent – whether truthful or otherwise and whether laudatory or critical. If he does so, he would be violating the right to privacy of the person concerned and would be liable in an action for damages. Position may, however, be different, if a person voluntarily thrusts himself into controversy or voluntarily invites or raises a controversy.

However, the court also stated that public official in discharging their official duty cannot raise the defence of Right to privacy.

In formulating the broad principles, the Court has not only dealt with various remedies that should be available against the violation of this right but also the limitations of these remedies. For to give an unqualified absolute right to seek remedy in the Court against any person having committed the breach irrespective of the nature of State functions being discharged by that official would render the very grant of this right a meaning which would be detrimental to public interest. The need for balancing individual interest and public interest in giving effect to this right appears to have been in the mind of the judge while laying down the principles.

Thus, The Supreme Court clearly stated that right to privacy is implicit in Right to life and therefore, there is a scope for further development of this particular right in its establishment and its exercise.