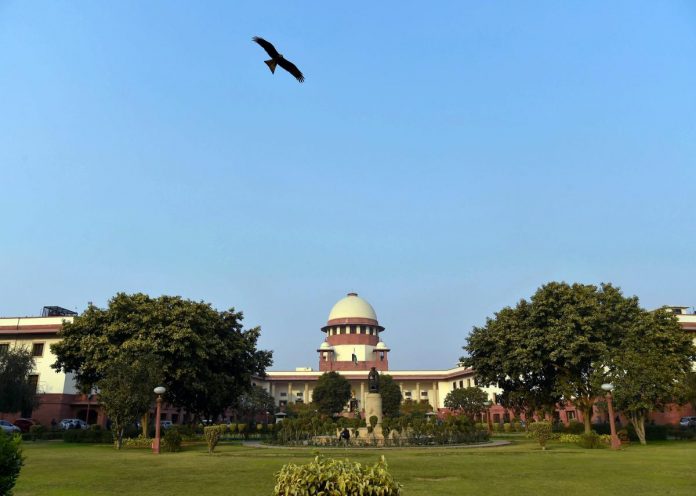 This article is written by Ansruta Debnath, a student currently pursuing the BA LLB degree from National Law University Odisha. This article explores the legal validity of extracting voice samples from an accused in a criminal investigation for identification purposes.

We have all seen law-enforcement agents nailing the accused with voice analysis in crime thrillers. It is widely known that movies and books generally provide a glossed up and glamorous version of reality. The nitty-gritty details involved in using voice analysis to identify the accused largely goes ignored. Here we discuss that with an emphasis on whether it is constitutional or whether it goes against the rights guaranteed to the accused. A further detailed discussion has been done on a landmark judgment on this issue.

Article 20(3) of the Indian Constitution

Article 20 is one of the most important Articles of the Indian Constitution. Keeping in mind the reality of the Indian criminal justice system, the truth is it is extremely harsh to the accused. A very important tenet of our justice system is that every person is innocent until proven guilty. As celebrated English jurist William Blackstone said and observed, “It is better that ten guilty persons escape than that one innocent suffer.”

Thus until an accused is convicted, they deserve to be treated like anyone else and therein lies the significance of Article 20. Article 20 provides certain rights to accused and convicts.

Out of those rights, Article 20(3) encompasses the doctrine of self-incrimination. It prevents any person accused of any crime to be forced to give any kind of information that might aid in the conviction of said accused. In other words, an accused cannot be forced to be a witness against themselves.

Now there has been a lot of debate with regards to what constitutes information that is within the ambit of “witness against themselves”. In M. P. Sharma v. Satish Chandra (1954) the Court held that “to be witness” referred to oral testimony in court as well as providing anything in writing outside court which incriminated the accused. The Court had then observed that “to be a witness” meant to “furnish evidence”.

In the State Of Bombay v. Kathi Kalu Oghad And Others (1961), the Supreme Court while agreeing to M.P.Sharma, stated that “to be witness” did not include calling upon a person accused of an offence to give his thumb impression, his impression of palm or fingers or of sample handwriting or signature, even when all these fell under the ambit of “furnishing evidence”. The court held that while it was necessary to protect the rights of the accused, it was equally necessary to arm the agents of law and law courts with information that might help them apprehend offenders of the law. Overall, it was held that evidence that was material and given in personal capacity while using the mental faculties of the accused were what could be considered within the ambit of the protection given by Article 20(3).

Voice sample and its use in forensics

The 87th report of the Law Commission of India on the Identification of Prisoners Act, 1920 spoke about voice print as a visual recording of a voice. They stated that voices were unique to every individual due to concentrations of energy at certain frequencies. These concentrations called ‘formants’ were what made voices unique.

Voiceprint analysis gained momentum since the Watergate scandal of the early 1970s. Gradually the concept of voiceprint lost importance because it started being associated with fingerprints which had a much higher degree of scientific backing.

Criminal investigations around the world now use voice analysis to zero in on criminals. However, many scholars and forensics scientists have said that the method of analysis is not fool-proof. Moreover, there are a multitude of methods that are available, and it is unclear which the best is. The French Acoustical Society submitted a public request in 1997 to end the use of forensic voice science in courtrooms. The request was made in reaction to the case of Jerome Prieto, a man who was imprisoned for ten months as a result of a contentious police investigation that incorrectly identified Prieto’s voice in a phone call claiming responsibility for a vehicle bombing. Yet voice analysis continues to find intensive application in investigations today.

As of now, no specific legal provision exists with regards to the collection of voice samples for analysis by the courts or the police during an investigation.

Ritesh Sinha v. the State of Uttar Pradesh (2019) is a landmark judgement decided in 2019 with regards to this issue. With former Chief Justice of India, Justice Ranjan Gogoi on the Bench, the Supreme Court of India decided that acquiring voice samples from the accused during the course of a criminal investigation was not unconstitutional. The Court conceded that the statutory aspect of this should be framed by the legislature but declared that in the presence of the legal lacunae, temporary measures had to be taken by the judiciary.

The case was originally filed in the High Court of Allahabad after which it came on appeal in the Supreme Court in 2012. The appeal was heard and ended up in a split verdict, thus requiring reference to a larger bench through a special leave petition.

In 2009, a First Information Report (FIR) was filed against the appellant, for being an associate in a scam that involved collecting money from people in exchange for providing them with a job in the Police. The investigating agency wanted to confirm whether a phone conversation was between the appellant and his associate, i.e., they wanted to confirm the identity of Ritesh Sinha in the phone call. Accordingly, the Chief Judicial Magistrate directed the accused to appear before the investigating agency to provide said voice sample and based their order on Section 482 of the Criminal Procedure Code, 1973. Section 482 is on the inherent powers of the High Court. This order was challenged by the accused and led to the case being discussed.

In the split verdict judgement of 2012, two pertinent questions were raised-

The two-judge Bench, including Justice Desai and Justice Alam, concurred on the first question but differed on the second.

Here the Bombay High Court allowed a petition by the CBI to record voice samples of the accused. The court had reasoned that according to Section 73 of the Indian Evidence Act, 1872 or Sections 5 and 6 of the Identification of Prisoners Act, 1920, the Magistrate had the power to direct the acquisition of measurements. The said measurements included finger impressions and footprint impressions. Thus logically by judicial interpretation, it meant that voiceprints could be included under its ambit. This could be done especially since in the State Of Bombay v. Kathi Kalu Oghad And Others, fingerprints etc. did not fall within protection given by Article 20(3).

Thus the Delhi High Court, through its findings disagreed with the Bombay High Court in its judgement of Central Bureau of Investigation, New Delhi v. Abdul Karim Ladsab Telgi and Ors.

However, this order does not remain valid as Supreme Court judgements prevail over High Court ones.

The court reiterated principles laid in Ritesh Sinha v. the State of UP.

Thus the constitutionality of taking voice samples was established with this landmark judgement. However, there is an utmost need for the legislature to address this issue. Moreover, the use of voice analysis in criminal investigations by law enforcement agencies needs to be regulated to provide uniformity and coherence. Excessive encroachment in the domain of the Right to Privacy in the name of public good also cannot be allowed.

What is the right to freedom

Article 42 of the Indian Constitution

Article 355 of the Indian Constitution