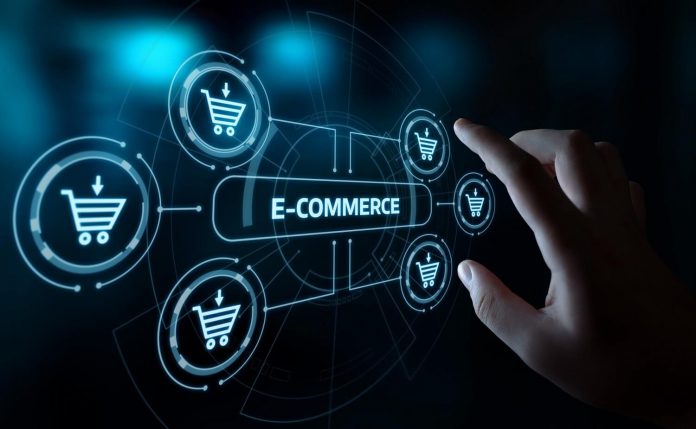 Sourav was on the search for a new laptop yesterday when he received a notification from an e-commerce platform for the upcoming Diwali Sale. His favourite Laptop was available at a massive discount as compared to the brick and mortar stores that he has been going back and forth trying to find the right deal on. Without wasting any further time, he quickly completes his purchase and soon receives the product. To his utter dismay when he opens the box, he finds the product he received is not the same as the one he ordered for. He quickly gets in touch with customer care and tells them all about this. The e-commerce platform takes note of the same conducts an internal investigation and within a few business days, replaces the product for Sourav with the one the order was originally placed for.

What you just read is a real-life example garnered from numerous unfortunate experiences. Albeit such incidents do not change or affect our perception of e-commerce to any major degree, yet millions of customers stand to be defrauded regularly from such bad actors on the internet marketplace. Where the average person would save up for the whole year and eagerly await a festive month for companies to offer discounts on products and be able to buy them at a price that would not break their bank. E-commerce has explosively disrupted this cycle. Now, discounts and sales are around every week. Coupled with various payment schemes, saving up for an entire year is too lengthy and too late to get your hands on the latest gadgets before your peers. Even the trouble of haggling and searching for your desired product in various shops or returning them in case of defects is a waste of precious time for most people. When deep discounts, quick doorstep delivery, easy exchange, hassle-free installations, cash backs etc. are offered to entice a customer, why would anyone even venture to think about visiting a brick and mortar store? Consciously or subconsciously, e-commerce has become an intrinsic part of our life.

However with such deep pockets and majority market shares, a certain tendency to dominate customers might seep in, and a state cannot be a silent spectator of such wrong actions towards its subjects. Even before the advent of e-commerce, decades ago the need for overwatch or judicial protection for the wronged customer was found to be necessary and thus the genesis of the Customer Protection Act of 1986. With the progression of the internet in the 1990s and the addition of e-commerce, in 1996 the first Model Law on E-commerce (MLEC) was adopted by the UN Commission on International Trade and law. The aim of MLEC was to usher the uniform standard of e-commerce law internationally and bring electronic transitions to be at par with paper-based transactions. India as a signatory member to the MLEC, enacted the IT Act of 2000 to facilitate e-commerce and e-governance in the country. The IT Act coupled with the Consumer Protection Bill lays down the necessary safety net to the disgruntled customer. We take this opportunity to dive into the present laws related to e-commerce, the safety of consumers and the jurisprudence that possibly went into shaping them into what they are today.

The colonial masters in their retreat from India left her in a tattered state. Dry of immediate sustenance requirements for its huge population, she gasped to feed her inhabitants daily. In a situation where the state is rattled with economic inequalities and a starving and ever-growing migratory population, the onset of acute shortage of essential commodities, coupled with adulteration and black-marketing which were experiencing an unchecked growth made matters worse. The Constitution’s enshrined Article 21 which guaranteed that all inhabitants of India should be able to live with human dignity and be free from all types of exploitations was brought in to combat the disparities. Thus the government in its attempt to prevent any further degradation adopted a “Socialistic” pattern of society where it strived to provide and maintain via various regulations a minimum standard of life for the economically weak or any other underprivileged class of people.

The preliminary steps taken by the government towards consumer protection apart from the socialistic approach came in the form of the enactment of the Banking Regulation Act. 1949, Forward Contracts (Regulations) Act 1952, The Prevention of Food Adulteration Act, 1954 and a slew of many more as such. A notable and early instance where the judiciary takes cognizance of the consumer’s plight and speaks about it is in the case of Raghubir Singh vs Thakurain Sukhraj Kaur, where it expresses that the rationale behind state offered protection is to avoid a consumer’s exploitation by the business community and its malpractices.

Today we stand far off from the ghastly pictures of the past yet it does not take a far fetched imagination for one to comprehend the potential risks still borne by customers where the very nature of transaction compels the customer to be in absolute dependence on the seller for the goods and/or services.

The 1990s promised a new horizon in the field of technology and commerce with the meteoric rise of the Internet. The corporations at Silicon Valley were patenting inventions by the dozen and it was only a matter of time till someone put together the ease and functional value of proliferation in the trade where new customer bases or business scalability could be reached via the use of the internet. But for this to be a frictionless process spanning international jurisdictions, there had to be a supervisory body that would present some form of a regulatory framework. Thus the United Nations Commission on International Trade Law (UNCITRAL) took up this task and gave a set of Model Laws for its signatory countries to ratify. It was aimed at removing any unnecessary obstacles to international trade which could have been caused by inadequacies and divergence in-laws over different geography.

The IT Act 2000 and the IT ACT Amended 2008 is India’s candidate to fulfil its signatory obligations. The Act introduced much-needed reforms and contained various salient features such as:

However, the MLEC is a set of model laws that only provide a guideline or seed for its signatory countries. The signatory country can modify and bring in legislation that suits its demographics the best. Although it does often lead to strict and sometimes biased regulations to have to be followed by offshore business entities. For instance, the most recent one would be the change in Foreign Direct Investment (FDI) policy for e-commerce in India. The rationale behind the policy change is to protect the unorganized/small sellers of the country who cannot economically compete with major e-commerce entities, yet at the same time, it stunts the growth of such e-commerce entities that receive funding from offshore investors, thereby limiting potential market in sectors such as employment.

A confluence of two worlds

Let us take the case of Amazon Seller Service Private Limited vs Love Kumar Sahoo. Mr Sahoo ordered a specific brand of phone from Amazon. However, on receipt of the same, he noticed that its battery and some sensors were not functioning optimally. On raising the complaint to Amazon they replaced the defective phone. Yet, some other problem appeared and once again it was replaced. For the third time in a row, the already twice replaced phone experienced yet more defects. Utterly frustrated, Mr Sahoo asked for a refund to which Amazon responded by bringing up their non-refund policy which barred Mr Sahoo from a refund after 15 days of delivery of that article. Eventually, he had to knock on the doors of the District consumer forum for a resolution to his problems. However, this raised some pertinent questions. That is, the legality and extent of dominance a seller exercises for framing a blanket/biased/unfettered policy for refund/exchange of goods in e-commerce and the lacunae of protection of the Consumer in the IT Act. The IT Act is limited and focused on encouraging the growth of e-commerce nevertheless, it fails to pursue and protect the basic preconditions for such growth that is building trader and consumer confidence.

Where do we stand?

In the interest of this study, let us take a look at the global standard and practices when it comes to protecting consumers.

As we can infer from the above instances, the legislation protecting Indian consumers are at par with most global standards. We implement various proficient statutes as per the need and requirements of the market. Points of practical issues such as “defect” and “deficiency” which come up in standard consumer complaints have been defined and addressed by the legislation which further narrows the possibilities of abuse of consumers. Further, the central consumer protection authority has been delegated with the power to regulate and investigate issues, which in turn reduces the delay in the delivery of justice. However, it’s not all smooth sailing and there exist lacunae that require immediate attention. Except in one chapter the IT Act hardly takes any cognizance of the consumers as an entity. A glaring example of that would be the absence of any real IT service consumer in the Cyber Regulations Advisory Committee which advises the Central Government.

With the Ministry of Consumer Affairs publishing, the draft amendments for the Consumer Protection (e-commerce) Rules 2020-21 a certain proportion of uncertainty has sipped over the scene which may have far-reaching effects if brought into practice. Like America which has several intersecting state laws for a better degree of protection of its consumers, the Indian government has stepped in the same shoe and with the new draft brought forth several laws that intersect and transgress into the dominion of Competition Act 2002. It is without a shadow of a doubt that both the Acts have a place of their own in the legal system of the country and both keep the consumer as their priority, but reiterating the statutes of the Competition Act into the draft Consumer Protection Act does not seem to have a justifiable rationale behind it. Moreover, the draft rules impose severe restrictions on e-commerce entities, something that has already been objected to by the Australian government, and yet again it is unclear why and what is the object of the draft Consumer Protection Act by doing so. The draft rules if enacted will only create regulatory conflict and overstep the mandates of the Consumer Protection Act. The very fact that two distinct authorities have been allowed to wield the power in devising regulations for each of the legislations makes the intentions of the parliament crystal clear.

From the above discussion, we can draw a conjecture that the Consumer Protection Act 2019, the IT ACT 2000 and the IT ACT Amended 2008 has not been a halfhearted attempt to protect the consumers but have had significant thoughts and analytical deductions to encompass various scenarios that might befall a consumer and go as far as to even hold foreign business entities accountable even if they do not have a legal presence in the country for aggrieving a consumer.  The laws are not perfect by any standard and they cannot be since it is always trying to play catch up with the dynamic field of technology. However, the need of the hour is to not only think ahead but use every day as a new opportunity to manage and strategise the legal crux that arises from development in the field of consumer and e-commerce business.