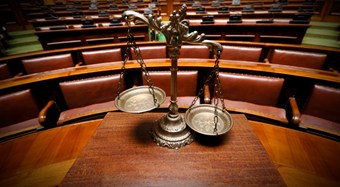 In this article, Aishwarya Rastogi discusses all you need to know about contempt of court.

Watchdog of the Indian constitution, entrusted with the mighty task of dispensing justice in the country, Judiciary of India forms one of the three main pillars of the union government. Judiciary ensures justice and equality to every individual and institutions, therefore, the makers of the constitution upheld the sanctity and prestige of the revered institution by placing provisions under articles 129 and 215 of the constitution, which enables the courts to hold individuals in contempt if they attempt to demean or belittle their authority. There have been several legislations passed since as early as 1926 to govern the law of contempt in the country, the current one being The Contempt of Courts Act, 1971 which stood amended last in 2006.

What is Contempt of Court?

In common parlance, ‘contempt of court’ can be understood as an offence of lowering or defying the authority of the court by disobeying its instructions. It’s worth noting, however, that the term has been defined in the Act for the very first time in the history of the contempt law. Section 2(a) of The Contempt of Court Act, 1971, defines the term to mean ‘civil contempt or criminal contempt.’ The two although fundamentally different in character and essence can sometimes be very hard to differentiate. While civil contempt is a wrong of private nature that injures the interests of the party that is entitled to benefit from the order so disobeyed, criminal contempt is a misdeed against the society at large where the contemner by his words or actions undermines the authority of the court and brings it disrepute.

Sections 2(b) and 2(c) of the Contempt Act seek to very meticulously define civil and criminal contempt respectively. Whereas civil contempt is a ‘wilful disobedience to any judgment, decree, direction, order, writ or other processes of a Court or wilful breach of an undertaking given to the court’, ‘criminal contempt’ is ‘the publication (whether by words, spoken or written, or by signs, or by visible representation, or otherwise) of any matter or the doing of any other act whatsoever which:

The Calcutta High Court in Legal Remembrancer v. Motilal Ghose and the Allahabad High Court in Vijay Pratap Singh v. Ajit Prasad have both outlined the difference between the two contempt. According to the latter, whereas the purpose of civil contempt is to make the contemner right the wrong done to a party by imposing sanctions, the idea behind criminal contempt is to punish the contemner who has, by virtue of his insolent tone or behaviour, dishonoured the court and therefore impeded the process of justice. More often than not, however, there are cases of contempt that are neither typically in the nature of civil nor criminal. For instance, when a contemner while disobeying an order of the court conducts himself in a rather impertinent, brazen manner, he brings upon himself the charges of fine or imprisonment as well, apart from whatever sanctions the court chooses to impose. Such acts of contempt are called Sui Generis.

Historical Background of the Act

The law pertaining to contempt in India, like all other laws in the country, traces its history to English laws and statutes. It is interesting to note in this context that there were no statutory laws to this effect until the year 1926 and the law relating to contempt was governed by the corresponding British legal principles and laws governing their superior courts of record. The Contempt of Courts Act, 1926 was the first statutory legislation that granted powers to High Courts of Judicature established by Letters Patent to punish contempts of subordinates courts. The Act, however, failed to provide for contempt of courts subordinate to Chief Courts and Judicial Commissioner’s Court, as also for an extra-territorial jurisdiction of High Courts and was therefore repealed by The Contempt of Courts Act, 1952, with the institution of which all the respective Indian states Acts also stood rescinded.

The Contempt of Courts Act, 1952 did not confer any new powers on the courts. It, however, made two significant digressions from the prior Act of 1926 in that, one, it redefined ‘High Court’ to include the Courts of Judicial Commissioner and two, provided for the aforesaid to try for contempts subordinate to them as well. Surprisingly though, the term ‘contempt’ had not been defined in any of the Acts yet and there was a still lot of ambiguity present around the law of contempt. Also, it was realised that the said law needed to be dealt with in light of two fundamental rights granted in the constitution, namely, freedom of speech and expression and right to personal liberty. Thus, there was set up a committee in 1961 under the chairmanship of late H.N. Sanyal, the recommendations of which took the form of the Contempt of Courts Act, 1971, and overhauled the entire law relating to contempt in the country.

Brief Overview of the Act

The Contempt of Courts Act, 1971 applies to the whole of India except to the State of Jammu and Kashmir insofar as the offence is not in relation to the Supreme Court. The Act confers upon certain courts power to punish individuals for contempt of themselves as also of subordinate courts and also puts a limiting check on their said powers via elaborate provisions. The Act that is comprised of a total of 24 sections, among other things, talks about the meaning of contempt, definitions of civil and criminal contempt, what constitutes a contempt, defences available, extraterritorial jurisdiction of the High Court, their power to punish contempts of subordinate courts, and procedure after cognizance.

The statute of 1971 has recently been amended by the Contempt of Courts (Amendment) Act, 2006 to include the defence of truth under Section 13 of the original legislation. Section 13 that already served to restrict the powers of the court in that they were not to hold anyone in contempt unless it would substantially interfere with the due process of justice, the amendment further states that the court must permit ‘justification by truth as a valid defence if it is satisfied that it is in public interest and the request for invoking the said defence is bona fide.’ This was certainly a step in the right direction that would not only balance the powers under the Act as well as the two fundamental rights but also serve to check the untoward arbitrariness in the judicial proceedings relating to contempt.

The warhorse of the Indian constitution and an eminent lawyer, Mr Fali Nariman, who recently came to the rescue of Justice Markandey Katju in his contempt case has rightly remarked in his speech that “the offence of scandalising the court is a mercurial jurisdiction in which there are no rules and no constraints.” It would not be wrong to say that there is an element of uncertainty in the current legislation where it talks about how all acts, words, signs and visible representations that scandalise or prejudice or interfere with the process of justice are punishable offences. The Act nowhere sheds a touch of light on what might constitute “scandalising the court” however. What might have meant to scandalise the court in the year 1971 might not mean the same thing in 2017.

While freedom of speech and expression and right to personal liberty are important, no less important is the faith of the people in the judicial institution of the country. Sine qua non of a healthy, civilised society, saddled with the exacting task of disbursing justice, the Judiciary of India must be greeted with proper and equitable standards of reverence. The three main purposes as rightly laid down by the House of Lords in Attorney General v. Times Newspapers Ltd. are ‘to enable the parties to litigation and the witnesses to come before the court without outside interference; to enable the courts to try cases without such interference; and to ensure that authority and administration of law are maintained.’ It is therefore imperative to preserve the last bastion of the Rule of Law in the country and uphold its dignity.

Whereas Articles 19(1)(a) and 21 continue to put a question mark on the face of the entire legislation, it is important to note that, while there may be a shade of precariousness in the current legislation that needs to be plugged, the statute by way of Sections 13 and 16 puts a dampening check on the discretionary powers of the court. Section 16 levels the playing field by bringing judges and magistrates on an equal footing with the ordinary individuals as far as contempt is concerned. Section 13 allows for the defence of truth in the contempt proceedings while also prohibiting the judges from charging anyone except when there is a palpable and substantial obstruction of justice.