This article is written by Sachin Singh, pursuing a Diploma in Cyber Law, Fintech Regulations and Technology Contracts from Lawsikho.com. Here he discusses “5 Pointers on how to set up a contract review mechanism for your own company”. 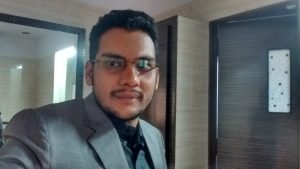 In the current business scenario, Contract Management has taken a bigger role in the growth of any company whether it is a large scale or small business. An effective contract is not only show’s the intention of the parties to enter into a legal relationship but also lays out the respective obligations of the parties with necessary safeguard and efficient remedies.

Sloppy and careless drafting or reviewing of contracts have overall huge impacts on the corporates. The contract should not be considered as a compilation of standard terms but a considerate replication of the understanding of the parties in respect to the purpose of the agreement, scope of work, performance, consideration and type of industry.

There are certain basic rules which govern any drafting or reviewing of any contract which keeps on progressing with the change in the law and practices. To have a successful contract, certain parameters should be checked before initiating drafting or review of a contract. Following are the parameters or questions which should be answered:

Who is going to draft or review the contract?

A person who is going to draft or review the contract should have relevant skill, expertise, background and experience for the effective and successful execution of the contract. The person who usually reviews the contract drafted by another party must have knowledge of its own standard terms. Such person usually prepared a check-list that guides the review to find out whether the terms of the contract are in sync or are deviated with standard terms and practices.

If there are any deviations then such contracts are called again for negotiations. Companies working in multiple sectors like constructions, software export, manufacturing etc. Have checklist specific to their requirement. Application of this of practices is best suited for confidentiality agreements, licensing agreements, supplier contracts etc.

By availing the services of the person having above mentioned skills for reviewing or drafting contract not only secures companies own interest but also save a good amount of monies from any future dispute arising from faulty drafted or reviewed contracts.

Is the purpose of the contract defined?

The purpose is the main instrument in the construction of any contract which usually includes scope, design and requirement of the terms. For example, an EPC contract shall have the terms related to the type of work, milestone achievement, bank guarantees as security, indemnity, Liquidated damages, arbitration etc.

If the purpose is illegal or opposed to the public policy then such contract shall be voidable at the option of other parties. For example, an agreement in restraint of marriage, an agreement to commit a crime.

Hence it is very important to examine the purpose of such contract before drafting or reviewing any contract.

Whether it is a domestic or an international contract?

With the growth of business and technology, terms of domestic and international contracts are finding common ground during construction of the respective contracts. A domestic contract uses fixed language for miscellaneous clauses whereas in the international contract there is need of some groundwork which include a high level of negotiations. While drafting or review of an international/domestic contract, special attention is needed for the following clauses:

Are all boilerplate terms included effectively in the contract?

In every contract, boilerplate clauses are included as it contains standard terms and conditions of a contract which includes an assignment, governing law, arbitration, Force Majeure, severability, termination, indemnity etc. A contract reviewer/ drafter should remember that even though it is having standard terms and conditions but it is not always same for every type of contract

So even if the boilerplate clauses define to be a standard part of the contract, the person responsible for drafting or reviewing should give utmost importance to safeguard the interest of its party.

Other than boilerplate clause there are few other terms which are of critical and need a deep interpretation. Following are some clause for reference:

All relevant terms suitable to the particular contract must be included and constructed in a way so as to facilitate the purpose of the contract and the smooth completion of its performance by the parties.

Diligently and carefully drafted or reviewed contract not only saves man-hours but also saves a huge amount from any potential litigation which ultimately helps in the growth of the company. A contract can be considered as a mirror of any company’s horizon, awareness and its positive mindset to grow in the economy at its fullest level. A company should always have a strong contract review mechanism as well as contract management life cycle and should approach experts to draft or review all its contracts and negotiations.