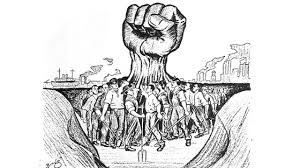 This article on the contractual provisions to exclude liability arising from trade union unrest in outsourcing and other service contracts is written by Ranjabati Ray, pursuing Diploma in Entrepreneurship Administrative and Business Law from NUJS, Kolkata.

A trade union, which is also known by several other names like labour union, is an organization or a group formed by the workers working in any industry, trade or profession, to safeguard their rights and interests. These workers join hands together to achieve common goals, which may include any type of objective like health care, safety, wages, complaints, promotion, working conditions or any other which the employee deems to be fit. Basically, their ultimate aim is to maintain and improve the standard of their employment conditions, during their complete working tenure, by negotiating the labour contracts with the employer on behalf of all the employees, say by means of collective bargaining.

The action of the trade unions and when combined with those of their members can be articulated in a number of different ways, which varies from peaceful bargaining and picketing to strikes and lockouts. Recently, the country has witnessed a sudden and remarkable boost in industrial unrest, arising from the trade union unrest, which includes the threat or pre-warning of going on strikes and several other forms of industrial action, so that at least their expected demands are fulfilled.

The Industrial Disputes Act, 1947 is an act in India, which is concerned with trade unions in such a manner that the rights of the employers and employees in the investigation and settlement of industrial disputes, is regulated by it.

The term “strike” is defined under the Section 2(q) of the Industrial Disputes Act, 1947.  It states that strike refers to “a cessation of work by a body of persons employed in any industry acting in combination or a concerted refusal, or a refusal under a common understanding, of any number of persons who are or have been so employed to continue to work or to accept employment”.

However, in India, there is no such specific right to strike provided under the statutes, nor it is specifically stated anywhere else. But, this right to strike is not held to be unconstitutional for the people as it is the Constitution of India which in a way legalizes it. Such right to strike finds it legal way or flows from the fundamental rights enshrined in our Indian Constitution.  It is stated under Article 19(1)(c), that the right to form a trade union is a fundamental right. But, this right, like the other rights, is also subjected to reasonable restrictions, provided under the Clause (4) of Article 19.

The Indian judiciary has passed various judgments from time to time regarding the interpretation of this right to strike in several ways and it has also tried shaping the laws regarding the trade unions. Time and again this has been subject to various off-putting and ground-breaking judicial interpretations. Few of the cases have been listed below:

In the case of All India Bank Employees Association v. N.I. Tribunal, the Supreme Court has held that, inter alia, “the right to strike or right to declare lockout may be controlled or restricted by appropriate industrial legislation and the validity of such legislation would have to be tested not with reference to the criteria laid down in clause (4) of Article 19 of the Constitution but by totally different considerations.”

As a result of this, the legislation is having power to impose restrictions on the right to strike and it also exercises its powers when it feels or believes certain strikes to be illegal. Hence, strikes and lockouts are equally restricted under the Industrial Disputes Act, 1947. Various sections of this act which provides restrictions are sections 22, 23, 24, 10(3) and 10 A (4A).

Apart from this, the Industrial Disputes Act, 1947 also highlights some of the activities which may be deemed as “unfair labour practices of workers or workers’ trade unions pertaining to strikes such as advising or actively supporting or instigating any illegal strike or staging demonstrations at the residence of the employers or managerial staff members.”

It may further be taken into consideration that those strikes that were in existence at the time of reference to any board, arbitrator, court or tribunal may still be continued, subject to the fact that the strike was considered to be legal at the time when it was deemed to be commenced.

In addition to this, a strike which is staged in response/ in reply to an illegal lockout shall be considered to be legal. Also, a worker who involves himself/herself in an illegal strike, in any manner, he/she may be penalized with the imprisonment which may extend up to a month and/ or fine, whichever is deemed fit, taking into account the facts and circumstances of the case. As per section 25 of the Industrial Disputes Act, 1947, no financial aid shall be provided to any illegal strike, by any person, of any kind. Any person who despite knowing the fact that the help which he is providing is to support illegal strike, intends to and provides such a help shall be punishable with an imprisonment which may extend up to six months and/or fine.

Apart from this, the workers who shall be involved in these kinds of illegal strike, by whatever means, wages will be denied to those workers. This is to be taken as another consequence of involving oneself in an illegal strike.

Furthermore, it has also been held by the Supreme Court that if a strike has been commenced and is in continuance, then the workers will only be entitled to wages, subject to the fact that the strike which is undergoing and to which they are a part of is not only legal, but is also “justified”. This differentiation of justified and unjustified has been cleared by the Apex Court, in the case of Crompton Greaves Ltd. v. Its Workmen where it stated that a strike shall be deemed to be unjustified where “the reasons for it are entirely perverse and unreasonable… [which is] a question of fact, which has to be judged in the light of the fact and circumstances of each case… the use of force, coercion, violence or acts of sabotage resorted to by the workmen during the strike period which was legal and justified would [also] disentitle them to wages during the strike period.” Apart from this, the Supreme Court has also held that whether or not a strike is “unjustified depends on such factors as “the service conditions of the workmen, the nature of demands of the workmen, the cause which led to the strike, the urgency of the cause or the demands of the workmen, the reason for not resorting to the dispute resolving machinery provided by the Industrial Disputes Act, 1947 or the contract of employment or the service rules and regulations etc.”

Modern day trade unions are not as those trade unions which were witnessed in the early days. Today the workers are more conscious, possessive and well awaked about their rights. So, the country today is witnessing hostile strikes, through which the workers puts forth their various demands. Recently also, one can see that the trade unions have engaged itself in various antagonistic and hard line collective bargaining tactics simply by taking recourse to staging strikes, for the fulfilment of their demands and wishes. The demands of the workers are increasing day by day and hence, the Indian industry today has seen a significant number of strikes which are backed by the trade unions. Not only this, these strikes have even caused major slump and downfall in the earnings of the various companies. Hence, the income of the companies is affected to a great extent if the workers go on strikes, for the fulfilment of their various kinds of demands. For example, Honda Motorcycle and Scooter India have suffered a great loss due to strikes as they had lost a total of Rs. 1.2 billion as due to several reasons, three thousand workers and supporters went on strike against the company.

The workers today are well aware of their rights and hence one is able to witness that unlike historically, the scope of collective bargaining of the trade unions have widened. Earlier, the function of the trade unions was limited to collective bargaining for economic considerations only.  But now, since the scenario has changed, the trade unions play a very key and main role in the welfare activities of the employee, other cultural programs and banking and medical facilities and by creating awareness through training and educating the members of the trade union. It focuses on the overall development of the members of the trade union and they should not lack in any field, by any means. The dominant managerial objectives in collective bargaining in recent years owing to heightened competition have been to reduce labour costs, increase production or productivity, flexibility in work organization, increase in work time, reduction in regular staff strength via VRS, stress on quality and so on. Despite certain recent developments which may be considered as one-off incidents, most trade unions have managed to foster an environment so as to enable a healthy discussion between the workers and employers with respect to any demands the workers may have. Eventually, the trade unions in India have tried to ensure the fact that it provides a forum to facilitate better industrial relations, industrial growth and improve productivity.