This article has been written by Divyansh Gupta, pursuing a Certificate Course in Arbitration: Strategy, Procedure and Drafting from LawSikho.

The periodic amendments and changes brought in the Arbitration and Conciliation Act, 1996 have primarily and majorly aimed towards reducing the scope of judicial intervention in arbitral proceedings, formulate a proper channelized framework for fast and efficient arbitration and establish India as a nation as a reliable commercial arbitration hub.

Over the past years, the underlying current of legislative changes towards the said objectives has been much talked about in the judicial precedents which have shown clear signs of having actively adopted a pro-arbitration position. There is a rising trend of the Indian courts of judiciary upholding and protecting the sanctity of arbitration agreements that the specific parties enter into on a purely voluntary basis as part of their agreement.

However, parallel to this new rising trend is the reality that a party subject to a dispute may seek court intervention to prevent another party from initiating or moving towards arbitral proceedings for a plethora of reasons, including when that counterparty, going beyond the mutually agreed terms of the agreement, attempts to invoke or invokes the jurisdiction of the arbitrator. This remedy is popularly known as an ‘anti-arbitration injunction’ is often sought by parties that are embroiled in disputes which are overseas and international. In this article, an effort has been made to delineate the concept of anti-arbitration injunctions and outline its statutory framework. The article also analyses the divergent opinions rendered on the power of courts to grant anti-arbitration injunctions.

Anti-arbitration suits are those suits that seek an injunction on either institution or on the continuance of a domestic or international arbitration proceeding. Arbitrations in India, including recognition of foreign arbitration awards, are regulated by the Arbitration and Conciliation Act, 1996 (“Act”) which mandates and aims at minimum interference by the civil courts of law in the conduct and process of arbitration proceedings under the Act.

The civil courts of India have been sanctioned and bestowed with the right and power to grant injunctions by and under Section 9 of the Code of Civil Procedure, 1908 (“CPC”). This power of the Civil Court has been subjected to scrutiny by Section 41(h) of the Specific Relief Act, 1963 (“SRA”) which restricts the grant of injunctions when equally capable relief can be obtained by any other usual mode of proceeding. 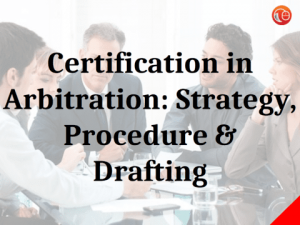 Anti-arbitration injunctions are considered a controversial issue in the field of international arbitration. While some experts decry them as interference and meddling of courts with the autonomy and independence of arbitrators, There are many who would steadfastly refuse to renounce them entirely.

Historically, such orders were only occasionally granted in the arena of International Arbitration and were subject to receiving strong criticism for they were seen as tools to infringe key instruments and principles of international arbitration law, such as the New York Convention on the Recognition and Enforcement of Foreign Arbitral Awards. Talking from the perspective of the Indian judicial system, the Indian courts have dealt with anti-arbitration injunctions in the past however the jurisprudence in the said area remains in a limited scope. The precedents set by the Indian judicial in its judgments, as discussed further, indicates that in matters pertaining to international commercial arbitrations, the courts have refrained from dealing with or interfering in matters within the jurisdiction and with the competence of the stated and chosen arbitral tribunal thus encouraging parties to argue the matter of jurisdiction before the respective tribunal, specifically in the context of anti-arbitration injunctions.

In these cases, the Indian courts of law have appeared to lay emphasis on the most important aspect of arbitration which is the autonomy of the parties. The basis of the said principle is that where parties, typically the big companies and corporations have knowingly entered into and executed arbitration agreements, they should not be allowed or given exceptions to retract from their commitments regarding jurisdiction and dispute resolution methods as agreed upon by them in the agreement.

Following the general principles of arbitration as observed and adhered to worldwide in pursuance of various international conventions like the United Nations Convention on the Recognition and Enforcement of Foreign Arbitral Awards, the Brussels Conventions, and the New York Convention, the Act upholds the fundamentals of the rule of ‘kompetenz-kompetenz‘.

The principle of kompetenz-kompetenz is the ability of an arbitral tribunal to decide upon its own jurisdiction to proceed with a particular case. This principle is of paramount importance in the said controversy as it directly affects the functioning of tribunals. Recognizing this principle by law gives an advantage to the said tribunal to be able to carry out an arbitration proceeding in a swift manner and without courts interfering. This principle is also installed in the Arbitration & Conciliation Act, 1996.

The said principle clearly recognizes the very capability and competence of the specific arbitral tribunal, and powers it holds, to rule on its own jurisdiction and to examine the presence and validity of the arbitration agreement. It is seen as inconsistent with the specified legal framework generally accepted as applicable for the proceedings of international arbitration. This system is based on the fundamentals of a  tribunal first determining its said jurisdiction and only thereafter does it allow the civil courts of law to step in to review, subject to certain limited grounds, the decision made by the tribunal. It is also argued that this practice promotes abuse of the arbitral process. It is believed that in most cases, anti-arbitration injunctions are a part and parcel of deliberately enforced tactics to create obstructions which are typically pursued in the local courts, aimed at disrupting the parties’ agreed arbitral mechanism.

However, the controversy arises when the ones in favor of anti-arbitration injunctions bring out the point that the act governing arbitration also makes a provision, making a leeway to the civil courts pertaining to the competent jurisdiction to examine and to decide on whether or not the specific arbitration agreement is valid, null and void or incapable of being performed by the parties in agreement.

It is argued that it makes no sense that an arbitral tribunal body can decide that it lacks jurisdiction if a consequence of the said decision is that the tribunal did not have jurisdiction to make that decision in the first place. Commentators in favor of the anti-arbitration injunctions also state that if a party has an objection to the tribunal’s jurisdiction, it will end up in court sooner or later. Better to save the time and costs of going through the arbitral process and “front end” the review process by having courts determine the jurisdictional issue from the outset. This thus finally leads to the eternal dilemma of whether the Civil Courts of Law yield the jurisdiction and power to interfere and meddle in arbitration proceedings and grant an anti-arbitration injunction.

From the Indian perspective of jurisprudence towards the controversy of whether the civil courts hold the power to interfere in the arbitral proceedings and bring forth the anti-arbitration injunctions, the stance has been made very clear by the Apex Court of India.  In 2001, the Apex Court of India in the matter of Kvaerner Cementation India Limited v. Bajranglal Agarwal (“Kvaerner”) held that a civil court did not have the required jurisdiction to determine any objection with respect to the existence or validity of an arbitration agreement asset under the principle of Kompetenz-Kompetenz enshrined under Section 16 of the said Act. However Kvaerner failed to cite any precedent or provide any further elaborations and reasoning for this decision, and it was reported only in the year 2012, after a long gap of 11 years.

In the meantime, a seven-Judge bench of the Hon’ble Supreme Court of India in the case of SBP & Co. v. Patel Engineering Ltd, by a majority judgment, rejected the given argument that there exists an exclusive jurisdiction of the arbitration tribunal to decide upon the existence or validity of the arbitration agreement.

Subsequently, the Delhi and Calcutta High Courts held that civil courts are empowered to grant anti arbitration injunctions; however, such power should be exercised with due diligence and consideration of facts and with an abundant amount of caution.

Finally, after 15 years, Kvaerner’s came back when the Hon’ble Supreme Court cited it with its approval in A. Ayyasamy v. A. Paramasivam and then in National Aluminium Company Limited v. Subhash Infra Engineers Private Limited. Therefore, it is clear that courts’ intervention in the arbitration proceedings once it has begun is vehemently discouraged by the Supreme Court of India.

It thus concluded that the approach undertaken by the courts in recent cases and judicial scenarios has been by far the most progressive and is progressing in the direction of a pro-arbitration jurisprudence. However, the said jurisprudence is still developing and is steadily evolving with every judgment and comment being made in this regard. It will be a matter of paramount interest to see how the laws pertaining to anti-arbitration injunction develop especially in India where still the said jurisprudence holds limited scope. Therefore, the courts of law should continue with the new practice being adopted and developed by them and maintain a fine balance between providing steady relief and ensuring the sanctity of the arbitration process. This shall as a result instill a sense of confidence and belief in the citizens towards both the systems. 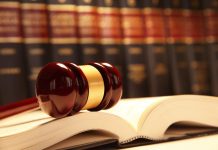