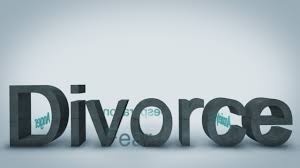 In this blogpost, Sudhi Ranjan Bagri, Student, National Law Institute University, Bhopal, writes about the importance of cooling off period in obtaining divorce and analyses a case on the same issue.

Not every marriage proves to be successful. Some marriages go on for a lifetime while some others may not lead to the same. Marriage is considered to be a religious act. The Hindu Marriage Act(hereinafter referred to as the Act), 1955, governs Hindus and some other religious groups, in the matters of marriage. Under the Act, some grounds for divorce have been enunciated.[1] One such grounds states, that when the couple thinks that the obligations under the marriage cannot be delivered, and the marriage needs to be dissolved, they can approach the court and file a petition stating the same, and the court after taking into consideration the facts and circumstance of the case and complying with the requirements of the provision, declare the marriage to be dissolved[2].

Under section 13B(2) of the Act, it has been provided that the court must not dissolve any marriage unless a period of six months has elapsed from the date of filing of such petition for dissolution of marriage.[3]

However, it has been held in various cases by Supreme Court and High Courts that such period of time is not compulsory to be observed, and if the situation demands so the marriage must be dissolved even before the expiry of the six months period.

The Article thus analyses the present situation in this regard, by discussing a judgment passed by the Gujarat High Court, on December 22, 2015.

The issue which needed to be decided by the HC was whether the cooling-off period can be waived off in certain situations or is it a strict rule that has to be followed regardless of the facts and circumstances of the case.

And, that whether the decision of the Lower Court, to reject the application was maintainable or needed to be reversed.

The High Court while deciding the case discussed various relevant circumstances regarding the present case like the fact that the parties are residing separately more than 7 years, execution of divorce deed to obtain customary divorce,  reason of urgency expressed on behalf of one of the spouses namely the wife, and held that such circumstances have not been taken into consideration by the trial Court.

The High Court held that though the trial court rejected the application of the parties to waive of the cooling period, by referring to the decision in the case of Jigneshkumar Dilipbhai Patel v. Principal Senior Civil Judge[5], but the applicability of the referred case hasn’t been considered.

The High Court thus relying on the above-mentioned circumstances, held that the parties need not observe the cooling-off period in this present case.

In cases where the divorce is being sought by mutual consent of both the parties, the provision by which such cases are governed is Section 13B of the Hindu Marriage Act, 1955. Under Section 13B(2) of the Act, it has been stated that where the second application for dissolution of the marriage must not be filed before the court until 6 months have elapsed from the date of the first application filed by the parties. So, this in the plain reading of statute appears to be of compulsory nature and seems that it has to be mandatorily followed before deciding the petition for divorce by mutual consent.

However, this is not the correct interpretation of the statute as this would clearly defeat the intention of the legislature. The Madras High Court in the case of K. Thiruvengadam v. Nil[6], held that the period of six months is not mandatory. The reason as given by the HC was that, if it is considered mandatory then the very purpose of the liberalised concept of divorce by mutual consent will be frustrated, especially when the parties have lived separately and there was no chance of a reunion.

The concept of mutual divorce is based on the assumption that the parties would file a petition for divorce by mutual consent only if such situations have arose which make the possibility of living together of the couple highly improbable, or even if the parties are made to live together for more time it would cause more harm than good to both the spouses.[7]

Another landmark judgment which was delivered by the Supreme Court in the year 2012, was in the case of Devinder Singh Narula v. Meenakshi Nangia[8] , wherein it was held by the SC that where the circumstances are such that continuing the ties of the marriage by applying Section 13B, of the HMA, 1955, would only continue the agony of the parties, then the marriage must be dissolved and divorce must granted to the parties.

Justice Altamas Kabir, while pronouncing the decision stated that “It is no doubt true that the legislature had in its wisdom stipulated a cooling period of six months from the date of filing of a petition for mutual divorce till such divorce is actually granted, with the intention that it would save the institution of marriage.” [9]