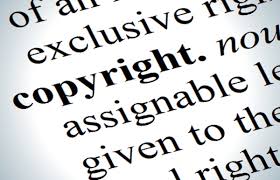 In this blogpost, Vernita Jain, Student, National Law Institute University, Bhopal, writes about the liability of internet service providers in case of copyright infringement in India

In this new era of technological advancement, copyright infringement cannot be a topic that one can be unaware of. But the biggest concern in the present scenario is the protection of online copyrights.

In this era where the internet is given so much importance, various courts all over the world have seen cases where Internet Service Providers (ISP’s) are sued for a number of  issues relating to evasion of privacy, copyright, etc.

The concept of territoriality in the case of law applicable within a particular territory becomes a little confusing in the case of the internet, as internet travels cross borders. The Indian law does not have any law on the liability of ISP’s as are provided in the USA.

In India, the law applicable to the infringer depends upon which part of law deals with that particular infringement. Therefore, due to the absence of such law, the Copyright Act and the Information Technology Act includes the liability of ISP’s:

As per Section 51(a)(ii) of the Copyright Act;
“the Indian Copyright Act, the act of infringement is when, a person without any licence by the registrar or the owner of the particular copyright, does an act that is in the contravention of the conditions of a that licence or condition imposed by a competent authority under this Act permits for profit any place to be used for the communication of the work to the public where such communication constitutes an infringement of the copyright in the work, unless he is unaware as and had no reason to believe that the particular communication to the general public would result in copyright infringement.”

Nowadays the Internet service providers, instruct their servers transmit and store their users data across the network. This act of ISP’s helps them to hold any third party liable in case of any infringement. In order to be liable for the infringement, it is very necessary that the ISP should benefit financially from it. The ISP’s earn even if they offer some copyrighted illegal material because of the advertisements that come along with it. Therefore, an ISP can be held liable not only when they transmit such infringed material but they are liable even if they store it.

An ISP can be held criminally liable when, he does an act of infringement or abets infringement of:
(a) the copyright in a work, or
(b) any other right conferred by this Act,

If a person does such an act than the Copyrights Act provides for the punishment to be given to him, i.e  of imprisonment which may extend to one year, or with fine, or with both.[1]
However, the Copyright Act clearly states that the ISP can be held liable only in the case he was unaware infringing material stored or being transmitted through their servers. This provides an exception to the liability.

S. 79 of the Information Technology Act states the ISP( a Network service provider in the case of this act) as an “Intermediary”, which is  defined as “ any person who on behalf of any other person receives, transmits or stores any message or provides any service with respect to any message.”[2] This section also provides that, no ISP can be held liable if he proves that he was unaware of the infringement that was caused by the third party that he had exercised all due diligence to prevent the commission of such offence.

Therefore, the ISP can get away from being liable for the copyright infringement  if it is proved under this section[3]

(a) That the ISP was unaware of the infringement,

(b)  That he took all the due diligence to prevent such infringement.

However, data has passed through an ISP’s servers or stored in them, that is likely to infringe the copyright of another, it is considered that such ISP had  to have ‘knowledge’ of such data and he has the duty to take appropriate measures to prevent such infringement. In such a case, the ISP cannot take a defence that he was unaware of such infringement.

A person is said to have done an act with due diligence when in the layman’s terms he had done that act or prevented an act by  reasonable standards expected out of a prudent person who is said to have the knowledge about such illegal activity.[4]

(a) The IT Act provides a wider scope to the authorities to harass ISPs in matters where their liability is the question.

(b) Which actions can be termed as done with ‘due diligence’ is not defined anywhere in the act.

The arguments/defence that are taken by the ISP’s in these countries are that:

(a)That, ISPs are mere “passive carriers” and that they are nothing but a mere messenger. The court in the case of Sony v Universal Studios, was of the opinion that,

“If one provides means to accomplish an act of infringement is not sufficient to hold the person liable in the absence of any constructive knowledge of such infringement”.

It was held by the courts in the case of Religious Technology Service Centre v Netcom,  that the ISP’s are unable to exercise any influence on the data. Their duty is to offer an opportunity to publish what people say on the internet.
In the United States the law regarding online copyright infringement is dealt with in the Digital Millennium Copyright Act (DCMA) that provides the limitations the a person’s liabilities for online infringement[6]. The act protects the ISP’s from any liability in the case, he, on the receipt of an instruction from the copyright owner, had blocked the alleged infringing.

If a person or a publisher wants to limit the use of his material after the sale, he can do so with the help of Digital Rights Management (DRM).  DRM along with the other technologies restrict the user interactions with the online content and help in reducing the risk of infringement.
In the European Union, Directive on e-Commerce of 2000 provides for the liability for ISP’s. This act provides rules regarding online information requirements and transparency, commercial communications.

Both the laws of the United States and the European Union provides for the protection of both internet service providers as well as content providers. Both of these countries do not hold the ISP liable unless they are expressly notified of the alleged infringement.

There is an urgent need to incorporate certain laws or bring amendments in the acts because the absence of specific laws regarding the liability of the ISP in the Indian Law results in the ISP’s escaping the liability in case of infringement. In order to pave way for sound legislation with regard to ISP liability in India, it is essential to address some of the key issues mentioned hereunder;

a) There is an urgent need to provide a definition of Internet Service Provider. Unless it is done, it would always create confusion as to who can be put under the liability. It is also important to define “due diligence”
b) effective tools like DCMA can be used. Various effective measures should be adopted so that the liabilities of ISP’s are clearly identified.

c) It should be made sure that, the Information Technology Act makes it obligatory for ISPs to terminate services of subscribers who frequently violate.

[5]Protection Of Copyright In The Digital Age The Role And Liabilities Of ISPs In India see at http://www.legalservicesindia.com/article/article/protection-of-copyright-in-the-digital-age-the-role-and-liabilities-of-isps-in-india-1638-1.html