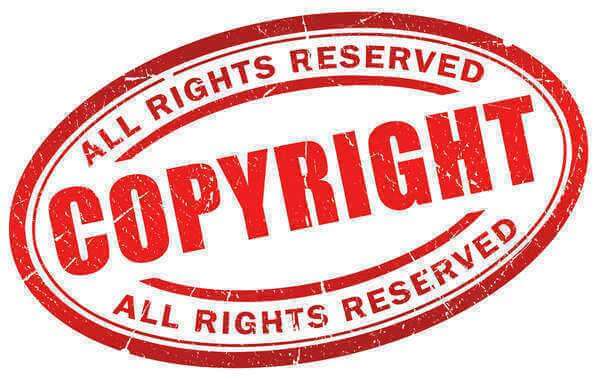 Instagram is ranked amongst the four most popular social media platforms in the world along with WhatsApp, FB Messenger and WeChat. It was first launched in October 2010 and since then its popularity has been on the rise. Currently, the Monthly Active Users of Instagram is 1-Billion people. The main attraction of this frantically growing platform is its various features that allow creation and sharing of novel artistic work. Other than posting photos with innumerable filtering options, the users can also create “Instagram stories” that will be available for 24-hours, “Ephemeral messages” that destructs the messages after they have been viewed, “IGTV” that allows extremely long videos, “going live” that allows real-time connections with the followers and receiving their comments, and “Reels” which are basically a 15-second videos appropriate for sharing funny messages mostly.

On a daily basis, an average of 95 million photos and videos are shared on Instagram. With this number of posts being shared, we can only imagine  the number of infringements happening . The disputes are mostly about use of another’s pictures, background music or art without consent or permission. It brings us to the question of how to determine, who owns the rights to any material posted on Instagram?

Generally speaking, the creator of an artistic work is also the owner of it unless a person is appointed to create original work for another in which case the person appointing the other will own the rights. It is advisable that the parties should sign a contract that clearly mentions the ownership rights and that the appointee is liable only for creating/ editing the content against a fixed fee.

One very interesting case of 2015 with regards to the issue of ownership of rights is where a monkey had stolen a camera and took his selfie which was placed on a few wildlife websites by the owner of the camera but it went viral all around the world. When the owner of the camera requested Wikipedia to take down the picture as he had rights to it, his claim was denied with the reply that the picture was taken by the monkey hence, the rights rest with the monkey! The 9th Circuit Court of the USA denied this by stating that although the monkey had constitutional right under Article III of the US constitution yet it lacked the Statutory right as the Copyrights Act only protects the right of humans.

Although the above case was unable to determine the rights of the photographer, there are many instances where the photographer’s ownership of their pictures have been reinstated by the courts. A number of models have been sued by the Paparazzi/ agencies for infringement of their rights to ‘photographs of these models’ that were taken by the photographer. One very famous such case is where Gigi Hadid was sued by an agency named Xclusive-Lee for posting her picture on her Instagram account that was snapped by the photographer hired by the agency. Hadid’s lawyer asserted that she had posed for the photo, the dress was of her own choice and thus she was the one directing it. Also, as the picture was cropped before posting, it was no longer the original work of the photographer but in fact it was now modified. Although she won the case due to the absence of any copyright claims filed by the agency for the photograph, the claims made by the model were not taken by the court as grounds to its verdict.

Above is an example of why many celebrities have recently started to take copyright infringement seriously. This is the reason why the Kardashians are known to use their private photographers only. There are many limitations on the pictures or posts  that can actually be posted online by individuals because of copyright laws. But it also brings us to the next question of what Instagram is doing to limit such cases and if any policies are there to stop infringement of copyright laws?

As legal rights may vary all over the world, the policy of the website plays an essential role in bringing all the users on one legal platform when they register on it and hence agree to the terms of use of the website. Some essential rules that are contained in their terms are as below:

1.    Impersonation or giving wrong information regarding oneself is prohibited. Creating an account on behalf of another is also not allowed. A person must be at least 13 years old (or of legal age in their country) to create a profile. Convicted sex offenders and people having disabled their accounts due to violation of law/ policies are also prohibited from using Instagram.

2.    In order to use the platform, one must abstain from violating terms or doing fraudulent/ misleading activities.

3.     A domain name/ URL may not be used without prior written consent of Instagram.

4.    An account may not be created in an unauthorized way with the purpose of collecting information only.

5.     Accounts and data contained in them cannot be sold, purchased or licensed.

6.   Private or confidential information belonging to someone else cannot be posted on Instagram.

As a part of the agreement and in order to provide seamless service, the following are some of the permissions that the users grant Instagram per se:

i.    Instagram shall have a non-exclusive, transferable, royalty-free, sub-licensable, worldwide license to use, host, distribute, display, run, copy, modify, or publicly perform, translate, create derivative works of the user’s content. If the user deletes the content from Instagram, this license will end.

ii. Instagram has a permission to show the username, profile picture and information about the actions of its users E.g. “likes”, or their relationships E.g. “follows” next to or in connection with accounts, ads, offers and other sponsored content that the user is following or engaging with that are displayed on Facebook Products, without any compensation to the user. For example, Instagram may show that you liked a sponsored post created by a brand that has paid to Instagram  for displaying its ads.

The above commitments and permissions are general in nature and need to be agreed to by all users before logging in on Instagram. However, it must be admitted that there is no guarantee of any action that the platform can take per se for the infringement of a person’s right or reputation. The biggest lacuna to the rights of the photographer is the consent of the model or any person walking on the street, for that matter.

Although the website claims to protect the identity of people,it is silent on the issue of a person’s privacy rights and their rights to not be photographed at all.

The case of Volvo’s Insta-story

Recently, Volvo, the automobile company was sued over an Instagram story which included pictures of a model posing in front of a Volvo car along with the link to the Volvo website. The model and the photographer filed a lawsuit claiming that a copyright violation has been made by the company by posting their picture. They also accused the company of unfair competition, false endorsement, and misappropriation of the model’s likeness.

Volvo in its defense filed a Motion to Dismiss wherein it was claimed that the pictures were shared publicly by the model herself and by tagging the automobile company it was clear that the model does not have a claim to redistribute  the images. Moreover, it was claimed that the photos were not used in any paid advertisement claims but only used on social media and once requested by the photographer were immediately removed from the platform. Their argument was heavily criticized in the media where it was regarded as disrespectful to the livelihoods of millions of artists who are depending on social media for earning money.

Nevertheless, by reading the above case law case one cannot but wonder why Volvo did not sue the photographer for using Volvo’s car and hence their symbol in the photographs? The one-sidedness of the legal perspective with regards to protecting rights to ownership is evident.

It is good to be the originator of any work in today’s world as the law is by far and large on the side of the artist. However, with regards to the rights of the subject of photography, it’s a different story. The distinction between the use of another’s art and self-expression is not that clear-cut.