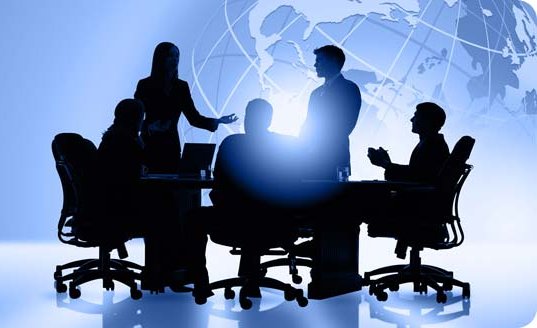 This articles is written by Shivesh Kumar Tripathi  a student of National Law Institute University, Bhopal

A company can only act through human beings and a human being who commits an offence on account of or for the benefit of a company will be responsible for that offence himself. The importance of incorporation is that it makes the company itself liable in certain circumstances, as well as the human beings- Glanville Williams

Section 11 of Indian Penal Code, 1860 (the Code) define person. It reads “the word person includes any Company or Association or a body of persons, whether incorporated or not.” Further section 2 of the Code provides that “Every person shall be liable to punishment under this Code.” Thus, section 2 of the Code without any exception to body corporate, provides for punishment of every person which obviously includes a Company. Therefore, by reading of these two provision concept of corporate criminal liability can be derived, though it is not the sole legislation which provides for the punishment of corporate body, Companies Act, 2013, Income Tax Act, etc.

Corporations have now became an integral part of our society, and with development of corporations they have become significant actor in our economy, our society runs in the risk of getting victimized by these corporation, and therefore they should be deterred too. Imposition of punishment, upon offenders of any kind, can be understood by various rationale of criminal law jurisprudence, but deterrence is the rationale that is applicable to such economic entities as corporations.[1]  Corporations have their own identity, they have separate legal personality and they are different from their members[2], and this is sufficient to makes it possible to held them liable and censure them.[3]

Criminal Liability is the quality or state of being legally obligated or accountable; legally responsible to another or to society which is enforceable by criminal punishment.[4] And therefore, Corporate Criminal Liability means the extent to which a Corporation as a legal person can be held criminally liable for its acts and omissions and for those of the natural persons employed by it. This paper is intended to examine various nuances related to corporate criminal liability, and at the end to provide various recommendation which should be incorporated in in legislations.

The concept of vicarious liability is based on two latin maxims- first, qui facit per alium facit per se, it means that he who acts through another shall deemed to have acted on his own, and second, respondeat superior which means let the master answer. In Bartonshill Coal Co. v. McGuire[6], Lord Chelmsford LC said: ‘every act which is done by an employee in the course of his duty is regarded as done by his employer’s orders, and consequently is the same as if it were his employer’s own act.’

Vicarious liability generally applies to civil liability but Massachusetts court in Commonwealth v. Beneficial Finance CO.[7], held three corporations criminally liable for a conspiracy to bribe, the first company, for the acts of its employee, the second, for the act of its Director, and the third, for the acts of the Vice-President of a wholly owned subsidiary. The Court seemed to believe that corporate criminal liability was necessary since, a corporation is a legal fiction comprising only of individuals. US courts are not the only courts which have incorporated the concept of vicarious liability in the cases of criminal liability, but now this model has been rejected considering it to be unjust to condemn one person for the wrongful conduct of another.[8]

This doctrine is an English law doctrine which tries to identify certain key persons of a corporation who acts in its behalf, and whose conduct and state of mind can be attributed to that of the corporation. In case of Salomon v. Salomon & Co.[9] House of Lords held that corporate entity is separate from the persons who acts on its behalf. The Courts in England had in various judgments like DPP v. Kent & Sussex Contractors Ltd.,[10] R v. ICR Haulage Ltd.,[11] ruled that the corporate entities could be subjected to criminal liability and the companies were held liable for crimes requiring intent. Judgment like these led to the promulgation of ‘identification doctrine’.

As to the liability of these key persons who act on behalf of company, it was held in Moore v. Brisler[12] that the persons who are identified with the corporations must be acting within the scope of their employment or authority. The conduct must occur within an assigned area of operation even though particulars may be unauthorised. It will be wise to infer that identification doctrine is narrower in scope than the vicarious liability doctrine, instead of holding corporation liable for act of any employee, identification doctrine narrows it down to certain persons.[13]

Derivative model was one way to attribute mental state to corporation. Other way could be by proving that there existed an environment in the corporation which directed, tolerated, led-on, and even encouraged the non-compliance of specific law which made it offence.[14] Moreover, physical act that too is required to complete the requirement of commission of an offence can be derived rather be proved from the act of its employees, officers, directors, etc. Thus, culture of a corporation is to be seen while determining its criminal liability.

As has been discussed above that a company is recognized as a juristic person, and being a person it has to face the punishment that has been provided by the various acts. There are various provisions in Companies Act, 2013 itself which hold a company liable for its wrongdoing. However, there are provisions which provides mandatory imprisonment for a person including company, such as Section 447 of Companies Act, 2013 Act, Section 420 of The IPC, 276B of The Income Tax Act etc.

The Courts found themselves in dead end in these kind of situations where a company is charged under sections which provides for necessary imprisonment, as the company being a legal person cannot be imprisoned for its criminal acts, it can only be punished with fine and not otherwise. The Supreme Court has to face similar difficulty in case of M.V. Javali vs. Mahajan Borewell & Co. and Others[15], The Company was found guilty under Section 276B read with 278B of The Income Tax Act, which gives mandatory punishment of at least 3 months, but the Court found itself in a fix about how to imprison a company.  J. Mukhrjee said that, “Even though in view of the above provisions of Section 278B, a company can be prosecuted and punished for an offence committed under Section 276B the sentence of imprisonment which has got to be imposed there under cannot be imposed, it being a juristic person and we are of the opinion that the only harmonious construction that can be given to Section 276B is that the mandatory sentence of imprisonment and fine is to be imposed where it can be imposed namely on persons coming under categories (ii) and (iii) above, but where it cannot be imposed, namely on a company, fine will be the only punishment.”

Therefore, the solution as of now is that a person is juristic person then punishment relating to imprisonment would not apply to it instead he will be liable for fine. The court can do one thing though, if it cannot imprison a corporate body but it can charge greater amount of fine in such cases in comparison to what it charges to the person who are capable of being imprisoned for the same offence.

In the case of Motorola Inc. vs. Union of India[16] the Bombay High Court quashed a proceeding against a corporation for alleged cheating, as it came to the conclusion that it was impossible for a corporation to form the requisite mens rea, which was the essential ingredient of the offense. Thus, the corporation could not be prosecuted under section 420 of the IPC, but this idea of company not possessing mens rea came to an end Lord Denning’s view in the case of H.R. Bolton (engg.) Co. Ltd. vs. T.J. Graham[17] was accepted that “A company may in many ways be likened to a human body. They have a brain and a nerve centre, which controls what they do. They also have hands, which hold the tools and act in accordance with directions from the centre. Some of the people in the company are mere servants and agents who are nothing more than hands to do the work and cannot be said to represent the mind or will. Others are directors and managers who represent the directing mind and will of the company and control what they do. The state of mind of these managers is state of mind of company and it treated by law as such. So you will find that in case where the law requires personal fault as a condition of liability in tort, the fault of the manager will be the personal fault of company.”

The concept of alter ego was evolved subsequently in India to tackle with the problem. The alter ego doctrine revolves around the concept of personification of the legal body. The Corporation is considered to be the alter ego of the individual. Therefore, the corporation can be rendered liable for the criminal act of the individual done in his scope of work. Mens rea of the individual is considered to be the mens rea of the corporation itself. In the case of The Assistant Commissioner, Assessment-II, Bangalore & Ors. vs. M/s. Velliappa Textiles Ltd. & Anr[18], the Supreme Court has held that, “Though, initially, it was supposed that Corporation could not be held liable criminally for offences where mens rea was requisite, the current judicial thinking appears to be that the mens rea of the person in-charge of the affairs of the Corporation, the alter ego, is liable to be extrapolated to the Corporation, enabling even an artificial person to be prosecuted for such an offence.”

Thus, this doctrine of alter ego allowed the courts to frame corporate houses for the offences which had mens rea as an essential ingredient, and it is now less tiresome for the court to hold a corporation criminally liable.

The 47th law commission report has recommended various solutions to deal with such problem:

Unfortunately, the legislatures have ignored these recommendation by law commission and failed to incorporate these provision, and thus the problem is where it was earlier. It is still very difficult for court to punish the offenders. Therefore, it can be said that even though Corporate Crimes are much in vogue today, but the methods to tackle them are still in their pre-mature stage.