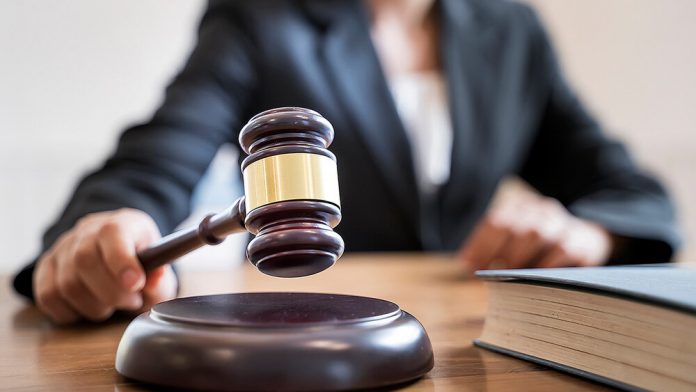 The term ‘corporate governance’ is a much used, abused, and at times misused term in the business world today. In layman’s terms, corporate governance refers to the methodology of governing a corporate entity which includes rules, regulations and bye-laws by which a corporate firm is governed, managed, run and controlled. The concept of corporate governance works on the principle of balance of equity, balancing the interest of the company, stakeholders, customers, suppliers, financers, government and shareholders on one hand and the community at large on the other hand.

The ICSI defines corporate governance as “the application of best management practices, compliance of law in true letter and spirit and adherence to ethical standards for effective management and distribution of wealth and discharge of social responsibility, for sustainable development of all stakeholders.”

Corporate governance in the Indian context

With a view to have the highest degree of corporate ethics, fairness and transparency in the business world, the Government of India along with SEBI had set up a number of Committees over a period of time. These committees have submitted a series of recommendations. Some of them, upon acceptance by Govt. of India, have culminated into formal legislations e.g. the Companies Act 2013, SEBI Takeover Regulation, SEBI LODR, SEBI ICDR Regulations, etc. Many other recommendations were adopted as moral principles. Hence, it is pertinent to have a look also at the developments in the field of corporate governance in Indian Context which is being presented herein below:

Various recommendations were finally encapsulated into legislation and the Companies Act, 2013 was born wherein various provisions like provisions on Corporate Social Responsibility (CSR) under Section 135, insider trading, role and responsibility of Audit Committee, etc were incorporated to strengthen corporate governance. Code of Conduct or Ethics Policy was introduced in reference to Section 149(8) and Vigil Mechanism Policy was included in reference to Section 177(8) of the 2013 Act. Accounting standards issued by Institute of Chartered Accountants of India are all parts of corporate governance reforms initiated in India.

Another important legislation towards strengthening corporate governance was enactment of SEBI LODR 2015 and SEBI ICDR 2018 where under various listing requirements were made mandatory.

In 2017, another committee under the Chairmanship of Mr Uday Kotak was constituted which submitted its various comprehensive recommendations on composition and role of board of directors, minimum number of independent directors, board meetings, enhanced monitoring of group entities, disclosure and transparency, accounting and audit related issues etc.

It is thus observed that corporate governance principles or business ethics policies are internationally accepted policies and principles for a noble cause of promoting fairness in business dealings, equitable treatment to all and transparency and accountability in business dealings. A number of reformative actions for strengthening corporate governance were also taken in India. However, on a number of occasions, maintenance of business ethical standards have taken a beating and have fallen prey to human greed and desire to amass wealth at all costs resulting in a number of corporate frauds internationally and also in India. Bank frauds or loan defaults by corporates are grim realities today which put a question mark on practising corporate governance policies or maintenance of ethical standards by the corporate. Our economy is struggling, a number of banks have failed and the share market is highly fluid today.

People’s confidence in our banking sector has received a big jolt and there are a number of cases where the persons have lost their lifetime earnings and security of future at the hands of faltering and failing banks and NBFC. People’s confidence in our banking sector as a secured mode of investment is at an all time low. To examine what is happening around us,let us took a look at a few cases which had rocked the nation and also the business world during last about 30/40 years are:

With such a huge amount of money getting syphoned out from Indian economy as a result of these scams, there is a very strong need to arrest the slide as well as plight of the Indian economy, and the policymakers of the Country are required to give a deep thought to the subject and they should come out with some preventive, regulatory and also punitive mechanism.

Reserve Bank of India (RBI) is the highest regulatory authority for the banking and NBFC sector and it has also been presenting highly disturbing figures in its different reports. The RBI Annual Report 2019-20 has stated that during Financial Year 2019-20, banking sectors reported 8707 frauds wherein a total sum of Rs 1.85 Trillion was involved. The Report has further stated that during 2017-18,a total of 6799 cases were reported involving a total sum 71543 Crores.

As per RBI Annual Report 2020-21, the value of the reported fraud was stated to be at Rs 81901 crores. These figures are sufficient to indicate how badly our economy is suffering and if the slide is not arrested, it will collapse sooner than later. How the corporate frauds are taking place and what methodologies are adopted by corporate fraudsters, it would be interesting to examine a few real life cases which have taken place in last around 30-35 years globally and also in India and a few of the landmark cases have been examined as presented hereunder.

A study of the corporate fraud cases in India and abroad has reflected some common unethical practices in corporate governance field as listed herein below:

Corporate governance is essentially about how the organisations and corporations are directed, managed, controlled and held accountable to all the stakeholders. Accountability, transparency, security and responsibility are its pillars particularly in the era of globalisation and liberalisation but like in foreign countries, India has also witnessed some mega financial scams viz. Harshad Mehta Scandal, Satyam case etc. thereby throwing open the question of managing financial risks and ensuring corporate governance. The recent Tata- Mistry feud has yet again raised debates on protecting interest of minority shareholders and role of independent Directors and for many, in this case also, ethical business practices took a beating as reflected in the manner in which Mr Mistry was exited from the Board of Tata Sons. For many observers, it reflected an autocratic style of functioning of Mr Ratan Tata under the garb of corporate democracy. Questions of ethics have been also repeatedly raised when big companies and established names do allot preference shares to their promoters at heavily discounted rates.

Clause-49 Listing Agreement by SEBI and enactment of Companies Act, 2013 repealing the old act followed by enactment of SEBI LODR 2015 were some of the major developments towards transparency and ethical corporate governance. Some other steps like strict following of integrity pact in business contracts, zero tolerance on corruption, prioritising risk management, evaluation of Board performance biannually and placement of reports in AGMs etc, if taken, shall lead us towards productive ethical and transparent governance. Clause 29 A of the Insolvency and Bankruptcy Code, 2016 should be strictly followed to ensure fairness and accountability in the insolvency procedure as also repeatedly urged by Apex Court. Timely disclosure of accurate information on financial matters, performance etc has to be the key for ethical and transparent governance.

However, the biggest threat today is the corporate banking frauds and NPAs(Non performing assets) which are practically unrecoverable. The tentacles of such frauds are menacing, impacting our economy in a much bigger way in consideration of the fact that a single banking fraud is seen to be valued around Rs 1000 Crores or even more. In 2021 alone, as per a written reply tendered by Union Minister for Finance before Rajya Sabha [Upper House], 13 bank frauds, each of a value of more than 500 Crores, have been reported by the State Runs Banks for the period up to June’21. Such an astonishing figure for the first quarter of the Financial

Year 2021-22 is an admitted fact by the Government of India. It was further stated by the Minister in the reply tendered before the Upper House that such types of cases were79 in 2019-20 and 73 during 2020-21. In all these frauds, almost similar methodology is adopted. The Fraudsters Corporate are using forged financial statements, forged instruments, manipulated books of accounts, borrowing of funds against fictitious accounts, unauthorised credit facilities, fraudulent foreign exchange transactions and they are further assisted by managerial failures at the stage of credit sanctions/disbursement.

In consideration of all the above facts, some preventive measures as well as punitive measures, tightening of administrative set up, enactment of new rules etc would be essentially required and in this nefarious game, sadly some big names in the world of Accountancy and Auditing firms have also been found to be involved which is also an area of grave concern.

To curb and control the menace of corporate frauds is a big challenge today and it is happening principally due to non-practicing of ethical practices in business as well as non-adherence to corporate governance principles which are fast eating up into our economy. This slide is required to be at once arrested. If it is allowed to continue unabated and suitable

preventive and punitive measures are not taken, the business sector and economy may collapse due to cash crunch and absence of financial liquidity sooner than later and one of the principal contributory factors for such happening shall be the non-adherence of corporate

governance principles and ethical business practices and a stage of anarchy and hooliganism shall result as we are witnessing in Srilanka today.