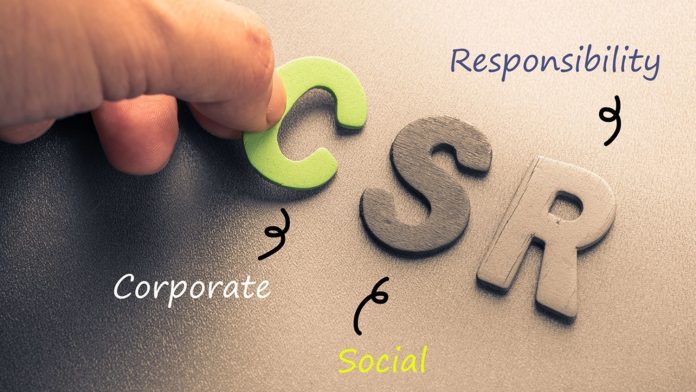 This article is written by Prerna Mayea from Institute of Law, Nirma University, Ahmedabad. This article attempts to explore and investigate conditions in which CSR may produce higher welfare than other public good provision channels.

In the past two decades, there has been a major change in the idea of relationship between the companies, the society and the government. The firms can no longer continue as autonomous entities paying little respect to the interest of public at large. Connection amongst these organizations and society has moderately changed from a philanthropic coexistence to increasing importance of mutual interests of shareholders. Companies have realized the fact that in order to have a continued existence, business practices should have a shift from solely focus on profit to public goodwill, realizing that apart from expanding business it is also essential to build trustworthy relationship with public at large. The analysis of the abovementioned factors have led to development of the Corporate Social Responsibility (CSR). CSR has been defined as “activities to be undertaken by the company specified in Schedule VII (including promotion of healthcare, education, ecological balance, rural development projects etc.) to the Act and the expenditure thereon, excluding activities undertaken in pursuance of normal course of business of a company”.

India is a fast growing economy, but it still faces stigmas like poverty, illiteracy, poor healthcare etc. This makes it important for business to contribute to social development, which is already being practiced by most of the major leading corporations like Aditya Birla Group, Indian Oil Corporation and many more. CSR activities have a lot of lucrative advantages namely positive image, loyalty for organization etc. It will provide them an opportunity and a platform for growth and differentiate themselves from their rivals. The article attempts to find out whether companies are voluntarily doing something for the society or are these inspired by the mandate of law. It further attempts to explore and investigate conditions in which CSR may produce higher welfare than other public good provision channels.

The Indian government has added the term socialist to the preamble of the Indian constitution in 1976, thereby committing to ensure the development process in the nation which would be guided solely by the state. But post 1991, with the advent of liberalization, privatization and globalization, the role of private sector increased in the economic and social arena. This lead to the increasing acceptance of CSR by large number of corporate post LPG. There was an increasing competition between the business houses to expand themselves, which lead to conflicts with the social justice when the society was exploited by these firms. The industrial families of 19th century such as Birla and Tata showed keen interest in social and industrial development. Mahatma Gandhi had also discussed the concept of ‘trusteeship’, which highlights that industry leaders should manage their wealth in a manner so as to benefit the common man. According to him, Indian firms were supposed to be the ‘temples of modern India’. With the passage of time, as markets became more concerned about labor and environmental standards, the compliance with CSR increased.

The then corporate minister Mr. Salman Khurshid released the CSR guidelines to encourage Central Public Sector Enterprise (CSPE) to take up responsibility for distribution of wealth and well- being of communities through its socially responsible behavior. It demanded shift from casual to project based accountability approach and CSR activities to create social impact, visibility and generate community goodwill.

The Companies Act, 2013 has replaced the six- decade old legislation governing the way corporate functioned in India. Section 135 of the Companies Act, 2013 requires companies having a net worth of rupees 500 crore or more or a turnover of rupees 1,000 crore or more or a net profit of rupees 5 crore or more has to spend at least 2% of last 3 years average net profits on CSR activities as defines under Schedule VII. It includes various activities ranging from eradicating hunger, poverty, promoting child education, gender equality, ensuring environmental sustainability and others.  It also mandates the companies to form a CSR committee comprising of three or more directors with at least one independent director. It shall be responsible for recommending and implementing the CSR policy. The annual Director’s report will also need to specify the reason incase the specific amount in not utilized appropriately or the company is not able to provide for such amount. This has helped in promoting greater transparency and exposure.

Implications of CSR on Public Welfare

Should corporations bother about their social impact? Or should they just focus on maximizing profit, having faith everything else will fall into place? Coca-Cola, Apple and Walmart did this: Over the decades they flourished an industry affecting everyone in the developing world, revolutionizing businesses, creating trillions of dollars in value for their shareholders and millions of jobs for people. They exemplify well Adam Smith’s remark that, “It is not from the benevolence of the butcher, the brewer, or the baker that we expect our dinner, but from their regard to their own interest” which basically means that these companies created the best outcome for many people by looking out for their own self-interests.

But in the cases where CSR is not complied with, inconsistencies arise between corporate profits and social goals, or conflict can arise over fairness issues. The two problems that can arise are the distributional conflicts and the private- social cost differences.

Walmart has been one of the first major corporations to face such a boycott. Walmart employs 2.2 million associates worldwide and is the largest private employer in the US. They share a common goal of ‘Saving people money so they can live better’. But this development of its code of conduct has been a result of the legal and social challenges it had to face.

In the case Walmart Stores Inc. v. Dukes et al., the plaintiffs on behalf of themselves and many other female employees alleged that they were discriminated against on their gender regarding pay and promotion to top management positions, thereby violating the Civil Rights Act of 1964. It was one amongst the largest class action lawsuit in the US history comprising of more than 1.5 million women employees. The case was finally decided in the year 2011, where the Supreme Court ruled in favor of Walmart saying that the plaintiffs did not have enough in common for the class action to proceed. Despite this, the company had to spend a lot of time, money and efforts due to the case. Another allegation against Walmart aired in 2005 for using child labor at two factories in Bangladesh for export to Canada. Walmart thus ceased business with the two factories immediately.

These instances have negatively affected the business as Walmart’s shares decreased by $2.375 in two days. It had to cease its business with 141 factories. 2-8% consumers stopped shopping at Walmart due to negative publicity. This resulted in changes in its policies wherein if an underage worker would be found in any factory, the company would cease the business ipso facto. The lesson here is that CSR plays a crucial role in minimizing the distributional conflicts; a company with an active CSR policy will forecast conflicts and act to minimize them before they flare up.

Coca-Cola faced similar conflicts the past few years. A report was published by the Indian NGO Centre for Science and Environment (CSE) in 2003 stating that the beverage drinks had a presence of pesticide, exceeding the European Standards by 24 times. The report gained large public and media attention, resulting in immediate effects on the company’s revenue.

The company was also accused of causing water shortages and water pollution in the Plachimada community of Kerela. The state government initiated proceedings against Coca-Cola in 2003, and soon after that the High Court of Kerala prohibited Coca-Cola from over-extracting groundwater. The company argued that this measure had to be taken due to decreasing rainfall patterns. The brand suffered a great loss of consumer faith and reputational damage not only in India, but also abroad. The sales in India dropped by 40% within 2 weeks and the annual sales declined to 15% in 2003 in comparison to the previous growth rates of 25-30%. The situations worsened for the company because they denied having high levels of pesticide as well as over- exploiting the water resources and polluting them. Later it responded to the pressures by systematically cutting back on usage of water resources and recycling water through wastewater treatment, saving millions of dollars. Costs of pollution that were saved by ending pollution were the opportunity costs. There was no cash cost associated with it directly, but there were the revenues that were lost due to he same.

India is a country where on one hand it its growing as an economy and on the other hand it is still home to large number of poverty stricken areas. There has been an uneven distribution of benefits of growth and companies too have been on target for this uneven development. This had led to their contributions to society under scrutiny and pushed them to pursue CSR activities more professionally.

After an overview of Corporate Social Responsibility, it can be concluded that the companies must see at CSR as a voluntary action rather than something which is forced by the regulation of law. It is an activity that improves the brand equity and cleanses the company’s image. CSR is an ethical obligation as the relationship between business and societies is cemented with ethical values. Many large business houses are now taking self- initiatives to improve their environmental and social performance using various methods such as code of conduct, social audits, environmental certification, fair trading schemes etc. It is true that CSR alone cannot tackle the development issues of India but it can align its goals with the development goals of the state.

However, the efforts made by companies are not coordinated. A national level policy framework is required with the involvement of all stakeholders to ensure a synergistic approach and create a snowball effect. By providing more clarity on a standardized meaning of CSR in the Indian context, the initiatives can be strengthened. This will also add to uniformity and accountability of actions. The CSR initiatives should be designed in a sustainable manner so that maximum utilization occurs.