This article is written by Shrinkhala Jaiswal.

“Never, never be afraid to do what’s right, especially if the well-being of a person or animal is at stake. Society’s punishments are small compared to the wounds we inflict on our soul when we look the other way.”

The courage to do the right thing, irrespective of the difficulties and challenges, is not found in many. This pandemic and lockdown situation in the country has been testing for everyone and has compelled us to make difficult decisions. One such group (connected only via intent of doing good) who had to make huge sacrifices, to keep their selfless efforts afloat, are Animal Lovers. It was known that lockdown will be challenging for everyone be it citizens or the government. It was no different for animals, especially street animals. We can all imagine the despair of being hungry, thirsty, without shelter and not being able to do anything about it. This is the usual and normal life of millions of stray animals in India. Before lockdown, these animals would rummage around restaurant dustbins, landfills for waste or leftover food. Areas with offices and factories would also see people feeding leftovers to strays and this is how they survived. With markets and offices shut down and people locked in their home, these sources of food supply for stray animals were locked too. With severe restrictions on movement, animal feeders also had to struggle to be able to feed strays.

The problem was aggravated because of lack of cooperation from the local authorities. A friend of mine recounted how difficult it was for her to feed stray animals far away from her area with petrol pumps closed and negligible cooperation from local authorities. She had to spend hours convincing local authorities to let her feed. Gradually with more clarity by the government on essential services, there were fewer impediments. This was not particular to just her but a lot of feeders and shelters across India. They faced numerous challenges like running from pillar to post for feeder pass, ensuring sufficient financial resources so that they are able to feed the animals at least once a day, hostile behavior and harassment from people who though these street animals were a nuisance, to name a few.

So many NGOs and individual feeders sought desperately for donations from known and unknown sources and some even took loans to fund the increasing animals coming to the shelters. This made me realize the extent to which this country has ignored its animals, especially stray animals.

Role of AWBI under the PCA Act, 1960– solely Advisory?

It is important to see what our law provides to tackle such issues. The Prevention of Cruelty to Animals Act, 1960 (hereinafter PCA, Act), the Central legislation dealing with cruelty against animals, was enacted with the intention to reduce animal cruelty in India and address the shortcomings of the earlier Prevention of Cruelty to Animals Act, 1890. Apart from widening the ambit the word ‘cruelty’, the Act also aimed at preventing unnecessary infliction of pain and suffering of animals. The Act also provides for punishment if one is found guilty. It is interesting to know that for first-time offenders the fine amount is fifty rupees and for subsequent offenders it is hundred rupees fine or imprisonment for 3 months or both. Under the Act, an Animal Welfare Board is established for promoting measures for animal welfare. The composition and functions have also been enumerated in the Act. Through an amendment in 1982, the Name of the Board was changed to Animal Welfare Board of India (hereinafter AWBI), to reflect the national character of the Board. The AWBI apart from advising the government on matters related to animal welfare, amendments in the Act and forming of Rules, has also been given the duty to take all steps in ameliorating the condition of animals, providing veterinary assistance, constructing sheds and granting financial assistance to animal welfare organizations.

It is only disappointing to say that AWBI has been unsuccessful in fulfilling its functions. An RTI was filed with the board to know about the measures it has taken in discharge of their functions and how it aided the functioning of the animal welfare organizations during the lockdown. In the reply it provided the circulars it had issued to States government since the lockdown. It is interesting that it had not followed up with the state or local bodies if the directions in these circulars were implemented or not. AWBI mentioned that it is the state government and local authorities who are responsible for taking care of stray animals. The reply had no mention of any financial aid/assistance provided by the AWBI to animal welfare organizations. The picture drawn out by AWBI is that it merely has an advisory role in the entire matter.

The questions that keeps bothering me is – Was this, the intention of the legislature while forming the AWBI? Did the architects of the PCA Act, 1960, debated extensively, for years, to form a board that was responsible for only issuing circulars/directions without any accountability from state or local bodies, to be merely an advisory body? Section 9 of the Act lists the functions of the AWBI. Section 9 clause (b), (c), (e), (j) and (l) is clear in its intent of giving AWBI an advisory role in matters mentioned in these clauses. However, if we look at the wording of section 9 clause (d), (f), (g), (h), (i) and (k), it describes the actions that the AWBI “shall” perform as part of its functions. From taking ‘all such steps’ for ameliorating the condition of animals and providing veterinary assistance, to providing financial and other assistance to animal welfare organizations at local level, it appears that the Act gives AWBI a more active role in ensuring protection of animals. Had the intention of the legislature been to keep AWBI an advisory body, it would have used the words accordingly, as it has been done for the other clauses of section 9.

Additionally, the view of the Supreme Court also seems to give AWBI an active role in protecting animal rights. In Animal Welfare Board of India v A. Nagaraja & Ors (The Jallikattu Case), the court while recognizing that internationally accepted five freedoms guaranteed to animals find place in sec 3 and 11 of the PCA Act, 1960, ordered AWBI and the government to take effective steps to ensure well being of animals and that they are not inflicted with unnecessary pain. Further in Animal Welfare Board of India v People for Elimination of Stray troubles & Ors. [2015 SCC Online SC 1193] the Court viewed that it is the duty and obligation of AWBI to ensure that the provisions laid down under the Act and Rules are sincerely implemented by the state and municipal bodies. This view has been reiterated by the Supreme Court in other cases as well.

Then why is it that even though there are laws existing and recognition of rights of animals by the Apex court, the country continuously fails in helping its animal population, especially during this crisis situation? It is a hard truth, but our country has been indifferent and ignorant to animals and their rights when it comes to implementation. Lack of proper implementation has crippled what little progress the country made by enacting an Act against Animal cruelty. As per the order of the Supreme Court in Geeta Seshmani vs Union of India & Ors (2008) and Gauri Maulekhi vs Union of India & Ors (2015), all state governments were directed to make the State Animal Welfare Board (SAWB) functional at the State level and District Society for prevention of Cruelty to Animals (SPCAs) at district level to address animal cruelty matters, to promote animal welfare programmes at the grass root level and to ‘assist’ AWBI in implementation of provisions of the PCA Act, 1960 and the rules made thereunder.

On 1st June 2020 (more than two months since the country went on a lockdown), AWBI, sent an advisory to the Principal Secretary of the Animal Husbandry Department of all States/UTs, asking them to activate the functioning of all SAWB. 60 years since the Act was passed, 12 years since the first order, the SAWB and SPCAs have either not been formed, or have remained non-functional or barely functioning at all. If only the SAWBs and SPCAs were functional and active already, we could have achieved so much in providing a decent life to so many animals, before, during and after the lockdown.

So a question arises as to who is accountable for this? Who can clarify as to which authority is responsible for animal welfare in India? Are provisions of the PCA Act, 1960 adequate in protecting the rights of animals and ensuring a decent life for them?  What can we, as citizen and animal lovers do for those who cannot speak for themselves? Have we done everything that we can? These are some pertinent questions that one must really ponder over.

As has been rightly said, “… the inaction of those who could have acted; the indifference of those who should have known better; the silence of the voice of justice when it mattered most; that has made it possible for evil to triumph.” 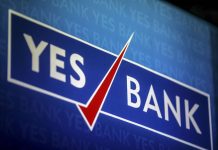 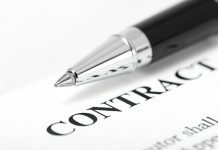