This article is written by Tarandeep Singh Khurana, pursuing a Diploma in Intellectual Property, Media, and Entertainment Laws from Lawsikho.com.

“Imitation may well be the sincerest form of flattery, but if taken too far it can also be costly”. Intellectual property rights provide/allow protection and reward to the hard work of the creators by recognising their rights of ownership and preventing others from exploiting their work without their consent. To create an identity in the market, amassed with a plethora of products the creators often use trademarks to mark their products. The marks are distinctive and create goodwill that is associated with the creators vis-a-vis their products. This also serves as an assurance that the consumer can expect certain characteristics and qualities from the said products bearing the trademark. Often there is unjust enrichment by free riders who want to exploit the expectation of the consumers associated with the trademark and the goodwill earned by the creators. The most common methods used by the perpetrators are producing counterfeit products and resorting to trademark infringement. The two can be called fraternal twins. The common feature being the injury caused to the creators of intellectual capital while employing a different modus operandi. 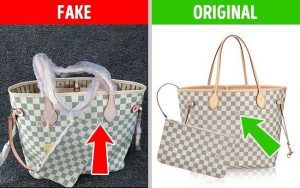 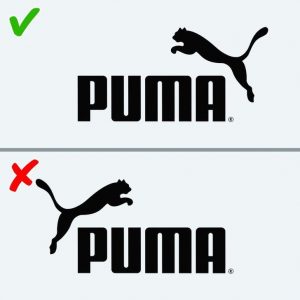 The word counterfeit means “made in imitation of something else with intent to deceive”, “to imitate or feign especially with intent to deceive”. It is the practice of making fraudulent copies wherein the paramount intention is to defraud the buyer and the brand being imitated. Counterfeit products bear marks that are substantially indistinguishable from the genuine mark. Even if there are any differences they would be so subtle and trivial that it may escape the user of ordinary intelligence. The customer falsely believes that the products are in fact the original/genuine products due to the identical packaging, colour combinations and near-identical product. They are colourable imitations of the original product. In the COVID-19 pandemic, the illicit practice of counterfeit products has even spread to sanitisers, PPE kits, and other essentials and there has been a massive increase in counterfeiting due to the disruption of supply chains due to the pandemic. Section 104 of the Trade Marks Act 1999 provides for the punishment for selling goods with false trademarks. The punishment prescribed is imprisonment not less than six months but which may extend to three years and with a fine which shall not be less than fifty thousand rupees but which may extend to two lakh rupees.

Due to economic constraints, a large section of the population cannot enjoy luxury goods. Thus such goods become a prime target as their cheaper imitations can be passed off as original products. This is especially the case for merchandise and apparel where due to ever-changing fashion trends the products have a short life cycle. Many times the consumers are tempted to buy such products due to this very reason.

Currently, China is the worlds’ second-largest economy. Thus it has a huge appetite for luxury goods. However, unfortunately, it is also the leading country in counterfeit goods. At times technical know-how is leaked from the manufacturing centres and cheap counterfeits are produced in sweatshops.

The popularity of counterfeit luxury brands in China has led to the narrowing of the gap in prices between mainland China and Europe and the introduction of affordable products or sub-brands to attract youngsters. Some notable examples include Rick Owens with Rick Owens Drkshdw, Comme des Garçons with CDG Play and Maison Margiela with MM6. Clearly, there is a strong need for creating awareness among the consumers for the moral hazards of buying counterfeit products and the adoption of creating innovative business models by the brands like constantly innovating and quite often changing the packaging to stay ahead of the counterfeits.

What is trademark infringement?

Trademarks provide an identity to the products by creating distinctiveness of their products. The consumers are protected as they are relying on the visual signs that the product they are buying is the one they are familiar with and within a quality that has been regulated and thus safe. The logo most often used as a trademark is used by the consumers to identify the product vis-a-vis the company. A competitor may try to promote his goods by imitating the trademark already in use with the intention to cause confusion. With the ensuing confusion, the customers may believe that there is an association between the registered trademark and the new mark. Thus the sales would be diverted to the brand trying to hijack the goodwill of the popular trademark.

Protection of trademarks will only be available if they are registered in a particular territory. Such registration will give the right to exclusively use the trademark in connection with the goods in respect of which it is registered. In the event of an invasion of this right by any other person, using a mark that is deceptively similar to his trademark action for infringement can be taken up by the owner of the trademark. Such an action will be successful if it is proved that an ‘essential particular’ of the trademark has been copied. Section 29 of the Trade Marks Act 1999 enunciates infringement of registered trademarks. Late fashion designers are rightfully asserting their trademarks likewise a Delhi store owner was ordered to stop the misuse of the trademark Sabyasachi in any manner whatsoever. Likewise in the case of Gucci, the French company won a case of trademark infringement and dilution in New York in 2012 but the French court decided in favour of GUESS in 2015. The two companies finally reached a settlement in 2018.

There can also be a situation when a mark is made similar to a registered or a popular trademark for some related or an entirely different class of products. Thus the underlying objective is to confuse the customer by the similarity in the mark and the products or both and use the goodwill established by the registered trademark. 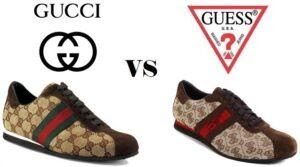 Differences between trademark infringement and counterfeit

Due to rampant practices of counterfeit products and trademark infringement and similarity in the harm done by the two they are quite often used interchangeably. Counterfeit is also described as a special type of trademark infringement. However, the two practices have to be distinguished to check the spread of the menace of economic loss by adopting specific countermeasures against the two practices. In layman terms, the practice of making counterfeit products is more a blatant act of dishonesty while infringement is a refined/sophisticated act. Counterfeiting is a cheap imitation and it kind of exploits the consumer’s aspirations limited by economic constraints or at times due to the non-availability of the said products in that region and provides ‘cheap knocked down products’. Infringement is producing goods that are bearing marks similar or identical so as to bring about an element of confusion in the mind of the consumer. The goods are also similar or identical to the original trademark that the consumer believes that there is an association between the two.

Counterfeit goods are dealt with a stricter burden of proof wherein the mere existence of such goods is sufficient for the plaintiff to initiate actions against the defendants. In case of infringement, it is the responsibility of the plaintiff to prove that the registered trademark is being used by a person who is not an authorised user and the use of such identical or deceptively similar marks will lead to the wrong impression of that of the registered trademark. In the case of counterfeit, the trademark owner can seek relief from ex parte seizure from the court. Under the Indian legal system counterfeiting is an offence under Section 476 of the Indian Penal Code. The remedies for infringement are civil in nature. Nike the famous brand was awarded damages and a permanent injunction against a trader selling counterfeit goods using their trademark. The damages were compensatory and punitive. Similarly Montblanc, a well-recognised luxury brand was given relief in the nature of permanent injunction against a website selling counterfeit products of the said brand but no damages were allowed.

Conclusion: The way ahead

Earlier the street markets and flea markets were the hotspots for counterfeit products and goods bearing imitated trademarks. However, the COVID-19 pandemic has shifted the purchasing from physical stores to online channels. With the advent of social media and e-commerce sites, the menace of counterfeit goods and trademark infringement has reached an alarming level due to the ubiquitous reach of the internet. Quite often the counterfeits sellers create social media accounts wherein they post pictures of original brands. The link to perform the sale directs the person to another site to complete the sale. Such sales are difficult to manage and control. The ease of purchase and the affordability of counterfeit products has resulted in a loyal customer base who are wilful purchasers of such products. In the long run, the brands may get devalued because the counterfeits are of lesser quality.

The increased business of e-commerce sites that are often acting as intermediaries while affecting the completion of the sales and thus escaping any liability arising out of the sale of counterfeit and products infringing the trademarks. Such intermediaries are quite often storing spurious products in their warehouses during the process. In Germany, Amazon was held not liable for trademark infringement for goods that they store on behalf of third parties. On a similar note due to the immunity afforded by the safe harbour rules of Section 79 of the Information Technology Act, 2000 e-commerce marketplaces were given protection from any liability due to the information posted on their websites by third parties. Since the sale on such platforms is quite often happening due to the popularity of the brands/trademarks it is imperative for such platforms to ensure that the consumers are receiving genuine products and the original brand is not suffering a loss. This can be done by performing a background check of the sellers and having quality control. Freedom to do business should not be an excuse to perform nefarious and unscrupulous acts of counterfeiting and trademark infringement. Greater alacrity on the part of the enforcement agencies is needed as such practices are causing immense economic loss by virtue of hidden sales with no contribution in terms of taxes and irreparable harm to the original trademark owners.