This article is written by Souradh C. Valson from Government Law College, Thiruvananthapuram and discusses the difference between life imprisonment and capital punishment and how courts should choose between them.

In severe criminal cases, the courts have the option of Life imprisonment and capital punishment. The courts usually have a difficult time choosing between the death penalty and life imprisonment.

“Life imprisonment is the rule to which the death penalty is the exception. The death sentence must be imposed only when life imprisonment appears to be an altogether inappropriate punishment, having regard to the relevant facts and circumstances of the crime.”

In the case of Bachan Singh v State of Punjab, the Supreme Court upheld the validity of the death sentence in India and laid down the framework for such sentencing. This decision has stood the test of time and is still in force.

The attempt was to set aside the arbitrary framework adopted by the courts while sentencing a convicted to death. Even with these guidelines, the criteria and reasons adopted by the present courts to impose the death penalty are not clear.

There are two elements in the sentencing framework established by the court in Bachan Singh’s case. Under this framework, the courts’ sentencing death should check both the mitigating and aggravating circumstances of the offender and the crime. Courts should check the background, history, previous conduct, mental status, and health of the convicts in addition to the details of the crime. Finding relevant information about the convict is an important part of the inquiry. A detailed history of the convict allows the courts to place the individual in a context unique to him while determining the punishment. All courts hearing a sentence on capital punishment must ensure that the imposition of any other form of punishment is unquestioningly foreclosed before the death sentence.

Even after 40 years since the Bachan Singh judgment, there are instances of arbitrary exercise and poor compliance with the established framework. Discussing the following reasons will explain the reasons for the gap between the law and actual practice.

Conviction and sentencing on the same day

Under Section 235(2) of CrPC, there are two important stages after trial:

When a question of sentence is passed on the same day of conviction, the accused may not have the opportunity for a fair trial during the sentencing stage. By not allowing a separate hearing on the sentence, the courts pass the sentence of death based on the circumstances when the convict committed the crime.

Possibility of reform not considered

Apart from considering the circumstances of the case and accused while deciding the sentence, the Bharat Singh judgment requires the courts to consider the option of life imprisonment and uses the test of ‘unquestionably foreclosed’ to rule out its uses. Although the judgment has placed importance on mitigation factors that can reform the person, the trial court dismisses these factors as a part of the circumstances of the case.

The use of collective conscience had a disastrous impact on the already flawed capital death sentencing system of India. The Supreme Court in Santosh Kumar v State of Haryana critiqued itself for the unclear meaning of public conscience and the role of courts.

The absence of a fair trial in the sentencing stage and the sustainability of the irreversible death punishment raises some concerns. It is improper to put the entire blame on the trial courts when a notable part is attributable to the Supreme Court. Although the Supreme Court laid down a system of guidelines to aid judicial discretion in sentencing capital punishment, the courts have left out several relevant problems in the system.

The gaps in the system and the misinterpretations of the Bachan Singh judgment has impacted how courts have implemented the death sentence. Fixing this system requires reasonable and timely judicial discourse and ensuring that a fair trial is available to the accused during the sentencing stage. Without these measures, imposing a capital sentence will be arbitrary and unjust. Although many support capital punishment on philosophical grounds, the fact that due process is not followed, especially during the sentencing stage should make the courts reassess this situation.

For this reason, the courts purposefully award life imprisonment to convicts who commit very serious offenses for protecting their inherent value of life. Many welfare organizations believe that capital punishment does not punish the convict but rather provides him an easy opportunity to escape his wrongdoings by a simple punishment of death.

Many researchers indicate that life imprisonment without remittance or parole is an equivalent punishment to the death penalty, allowing the state to punish a criminal without taking his life.

The supporters believe that the death penalty would completely disable the convicts from committing the crime. However, this is not true. The reports collected after the Furman v Georgia judgment revealed that 98% of the convicts who were not executed did not commit any offenses after that. This survey takes out the argument that supporters of the death penalty have. Furthermore, In Gregg v Georgia, it was held that; a person is not born a criminal, his social positions and circumstances, and shape his psychology.

Reports by PUCL and Amnesty international shows us that the capital sentence in India is imposed in an inconsistent and non-uniform manner. This is very evident in the case of Ankush Maruti Shinde v State of Maharashtra. The six accused in this case, who was sentenced to death by the trial court, were acquitted by the Supreme Court. It is also relevant to note that the six accused have already spent 16 years in jail.

The irrevocable nature of the death penalty makes it the least appealing form of punishment. One of the accused in the above-mentioned case was a juvenile who was kept under solitary confinement and the others were middle-aged men who lost a significant portion of their lives. Also in some cases, the sentence and conviction happen on the same day. Under section 248(2) of CrPC, the trial courts must conduct a hearing on the question of the sentence, before inflicting it. Additionally, under Section 354(3) of CrPC, the courts must record special reasons while awarding the death penalty or life imprisonment. If the courts do not follow the procedure correctly, it will lead to inconsistencies in the sentences passed by the court.

Custodial violence, lack of representation, and a broken legal aid represent the drawbacks of the criminal justice administration system in India. According to Steiker Report in the USA, the estimated cost for a death penalty is around $ 1.9 million-3 million, and the cost of life imprisonment is $1.13 million.

Furthermore, in the case of Kulbhushan Jhadav, India took the plea that Pakistan did not provide consular access to him, which violated Article 36 of the Vienna convention. The irony is that in India, many accused cannot avail of the same. Hence, the courts should strike a balance between the rights of the accused and the rights of the victim. India should, therefore, consider substituting the death penalty with life imprisonment. 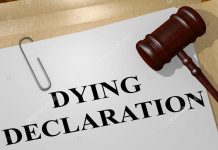 Dying declaration as a sole reason for conviction: an analysis 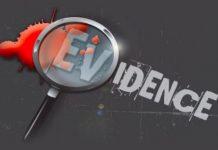 Exaggerated evidence discarded by a witness: critical analysis with the help of judgments 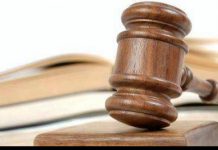 Need for a separate doctrine for mens rea