This article is written by Gitika Jain pursuing BBA.LLB (Hons) from Amity University, Kolkata. This is an exhaustive article which deals with the relation of artificial intelligence and copyright in the time of COVID.

Intelligence is a beautiful gift bestowed by nature on human beings. It is something that not all living organisms possess. In the modern world, machines have replaced a large number of human and manual work. But can machines take decisions? As a matter of fact, they can and in some cases, even better than humans. Machines’ capability to mimic human intelligence by following a set of rules, technically known as algorithms iterating through the chain of loops and conditional statements is called artificial intelligence.

Copyright is a legal right which is provided to protect the original creation of human hard work. This protection is provided in India to protect a unique creation which is not just an idea. Therefore, when something has been created by a particular author or has been expressed somewhere then such work can be protected through copyright.

The word copyright has been defined under Section 14 of the Copyright Act 1957 which provides an exclusive right to the owner to do or authorise the doing of any act in respect of some work like publication of work, translation, reproduction work, etc. Further it is also stated under Section 17 of this act, that the work of the author shall be recognised as the owner’s copyright but if the work is created under a contract for consideration or upon any instruction from any authority then the owner of the work in that situation can be considered as the authority. The details of the ownership according to the situation can be as follows where there are no agreements:-

Under Section 2(d) of the Copyright Act 1957 the term author is defined as an author:-

There was a case of Rupendra Kashyap v Jiwan Publishing House Private Limited where the honorable court held that in the context of question paper of any examination the person who makes the question paper is the author and the person is a natural person, a human being and not an artificial person. The Central Board of Secondary Education is not a natural person and therefore it can claim copyright in examination of paper only if it proves to have engaged with a person for preparing the examination papers and have a contract with that person.

In another similar case of Techplus Media Private Limited v Jyoti Jhanda (2014) and Camlin Private Limited v. National pencil Industry AIR 1986 the court observed that a juristic person is defined as a person who is not able of being the author of any work in which the copyright already exists. The same thing was also written down in the practice and procedure manual of 2018 that was issued by the copyright office and stated that only for the purpose of copyright the natural persons details must be provided as the author of the work. The person being the author of the work according to copyright must be a natural person because it was based on observations of the court in various judgements like:- 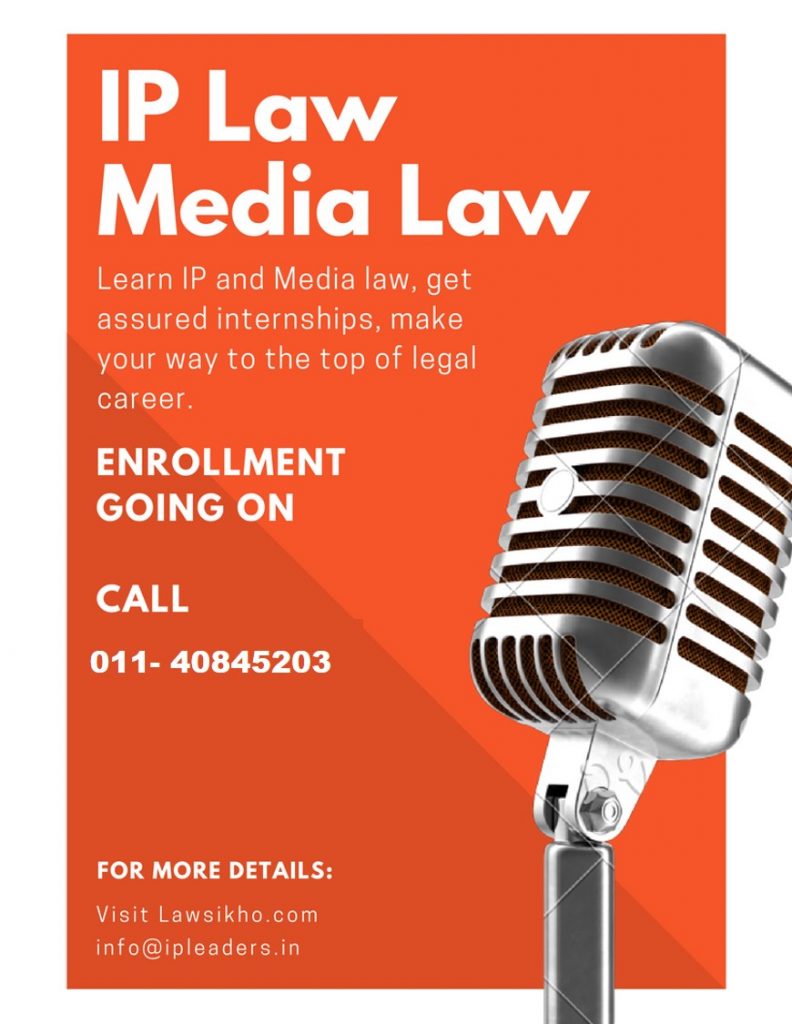 The application of artificial intelligence in real-world scenarios requires a deep understanding of mathematical and statistical knowledge. Even though an extension of statistics and mathematics, artificial intelligence has such a huge scope that it is now made into a single subject with many authors giving their insights on various applications of AI. Broadly speaking, machines can help us in two things:

How do you think YouTube gives you recommendations for the videos that you might like and in most of the cases you seem to be interested in those recommendations? How does our keyboard automatically put forth the autocorrect suggestions for some words and even predict the next word that we might type or think of typing? From the search engine of Google to the friend suggestions on Facebook, we are surrounded and being constantly helped by artificial intelligence without us even knowing.

In order to achieve this, machines use a set of rules called algorithms that are provided to them using programming languages like C, Java, Python, and many more. Each and every direction and the flow of logical statements have to be provided by the programmer without any ambiguity and the machine simply follows the rules laid down. This is called coding. Who knows if even machines can give judgements in the court of law and replace the honorable judges in the future.

In the copyright law written under the statute, there are certain excuses for using some words that would otherwise be an infringement of copyright because they are considered to be fair use. The word fair use is a defence mechanism to infringement which means that whether any particular thing is unlicensed but it can include copyright infringement.

Considering the cases from the perspective of non-AI context, unlicensed digitized books provide full-text search for personality. In those types of cases it was held that wherever it is reasonably mandatory to make use of the entire work in order to ascertain the function of full-text search, copying will not be considered excessive. At the same time, it was also held by the court that particular use of unauthorised works should be considered as fair because they are ready to the market for use by the general public. In some of the areas of copyright law have been allowed to be used unlawfully and accessed by anyone.

Artificial intelligence was addressed as the creative machine and was considered to be the inventor of a patent. It was determined that the term ‘inventor’ can be included in artificial intelligence which will contradict the simple reading of the copyright statute and will refer to the inventory as a natural person. Reasons were also given that there was some misconception that represents the complete mental part of the invention and it was also stated that it must be performed by a natural person. Repeated confirmation of the Supreme Court made that the word ‘author’ of the Constitution of India means someone who has authority over his own work and such work is the originality of the author only. So, the ability to protect the artificial intelligence output as a subject matter under copyright statute and to use it as a copyrighted material without the consent is highly of the fact of issue.

We can see that artificial intelligence is now being used to create works in the field of literature, music, and gaming. But is the copyright of these works possible? It is not a creation of human beings so may not be subject to copyright. To provide a solution to this problem the current laws governing the copyrights can include to recognise a corporate entity as an inventor. This ability to recognise a corporate entity as an inventor gives the flexibility to consider the discoveries through AI for copyrights. But the solution comes with certain problems for instance in the case where a company owns an artificial intelligence system but another company implements any shoe in a manner in which it can lead to the claimed invention. Here joint inventorship could help me to get the problem.

One more solution is to consider the programmer who built the algorithms to be recognised as the inventor. But the question of whether AI may be regarded as an inventor is still to be answered.