This is article is written by Anshi Bhatia.

The Indian Copyright Act, 1957 had been largely developed through the copyright laws of our colonizers, the British. Not only the derived version was ambiguous with wordings but also eccentric to still emerging Indian music industry. Copyright in Musical works has always since 1957 been giving various interpretations, under the initial act only the composer of the song had a copyright in the musical work, with the act being amended in 1994 the scope of the definition was expanded to include “work consisting of music and any graphical notation but does not include any words or actions intended to be spoken”. This particular amendment was more inclusive and well fitted to the Indian Music industry scenario.

As per the act, the author of the copyrightable work is the first owner of the copyright arising out of the said work in the case of original literary, dramatic, music, and artwork. The Indian Copyright Laws over the period have evolved to give separate rights to their due owners right from the lyricists to the band of musicians, all have their rights being protected under present copyright law.

With the evolution of time, independent Music Artists have become all the more famous, with showcase platforms being accessible easily, singers do not have to wait for opportunities by music labels and production houses to kickstart their careers. However, a parallel reality also exists wherein the music and the movie industry would fail to exist without the cooperation of the other. As music plays a vital role in movies and sometimes it’s the music album that is more loved than the music itself but even in such a scenario, it’s not the music composer that benefits but the producer or the music label depending about to whom the rights have been assigned. While determining what constitutes violation of copyright the Court in R.G Anand V. M/s Delux films held that there can be no copyright in an idea, subject matter themselves, plots or historical or legendary facts and violation of the copyright in such cases in confined to the form, manner and arrangement and expression of the idea by the author of the copyright worm.

Where the same idea is being developed in a different manner, it is manifest that the source being common, similarities are bound to occur. In such a case the courts should determine whether or not the similarities are on fundamental or substantial aspects of the mode of expression adopted in the copyright work. If the defendant’s work is nothing but a literal imitation of the copyright work with some variations here and there it would amount to violation of the copyright. In other words, in order to be actionable, the copy must be a substantial and material one which at once leads to the conclusion that the defendant is guilty of an act of piracy.

This article analyzes the concept of copyright specifically concerning rights related to music.

Why are songs copyrighted?

The various bundle of rights involved in the creation of one song can be illustrated through an example.

E.g. Arijit Singh voices a song written by Irshad Kamil and its music has been composed by A.R. Rahman for a movie produced by Sanjay Leela Bhansali.

Therefore, the ownership rights available in the case of music are:

Copyright is a right that is almost indispensable in nature and comes naturally-occurring to the creator of any original “work”. It is the inherent right of the creator of the original expression of the particular idea and to decide whether or not he wants to exploit it and how he wants to do it. Copyright protection is necessary as it establishes the right of the owner of the work created by him and once the said work is protected it gives the creator an array of rights which give him complete access to monetize his work without the fear of it being misused, reproduced or altered without his permission or knowledge. In case of infringement of copyright, the owner has legal leverage if his work is protected under copyright laws.

The Indian Copyright act grants protection to original artistic, musical and literary works however the act does not define the word song, therefore, the act offers protection to the different elements that constitute the song as a whole i.e. lyrics under literary works, music under musical works and combining the tune and lyrics and protecting the sound recording or the song.

Copyright protection of songs is essential to encourage authors, composers, and artists to create original works in return for which they are awarded certain rights, monetary benefits, and fame. Copyright protection creates a protective barrier that has legal backing and infringement of the barrier draws sanctions, it protects the creators of the original work from being wronged or misleads by frauds. 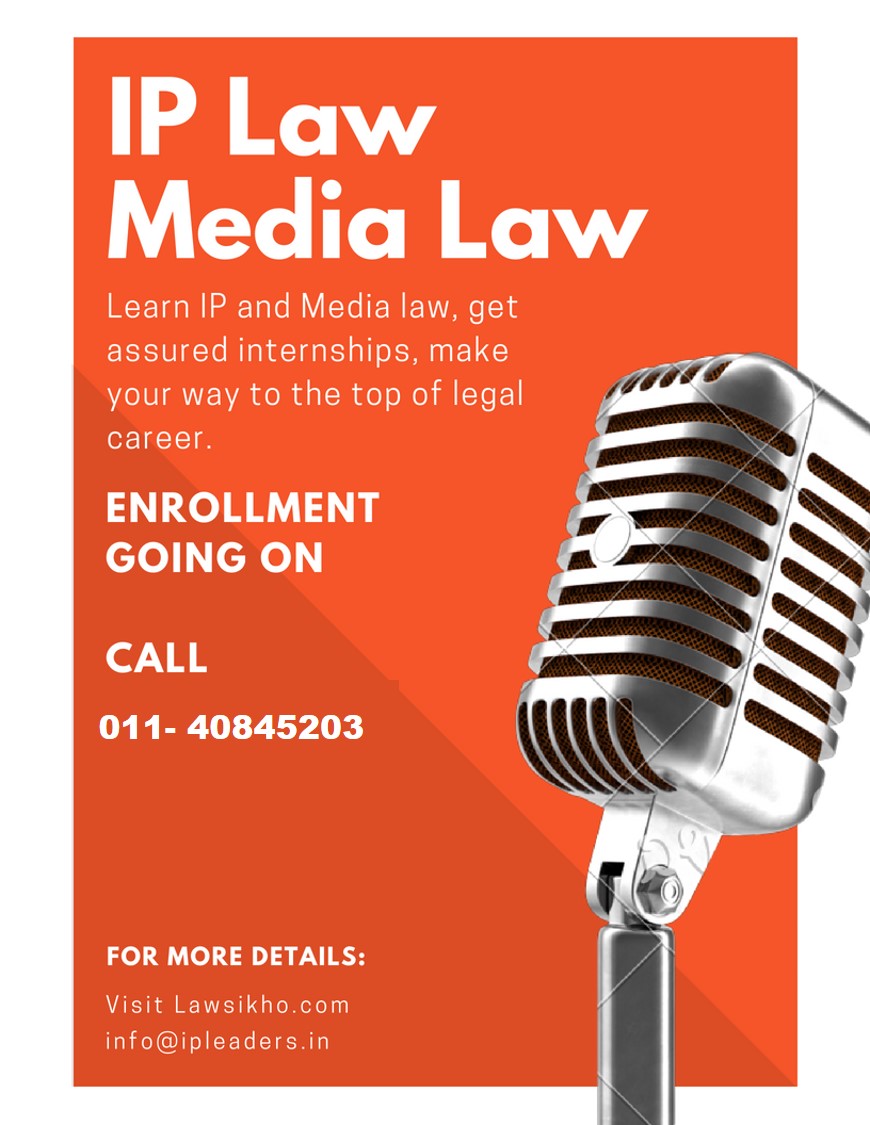 What rights do song owners have?

The Indian copyright act has always been producer centric it grants greater protection to Production houses and music labels as compared with the music composers and singers but after the 2012 amendment came into place the Act the provides better protection and ownership of work to the authors i.e. the musicians who make the music.

The trend followed in the music industry is that of commissioned services or work for hire basis wherein the Producer engages the services of a music composer or the singer for an amount pre-decided by the parties and the composer transfers all his rights arising from the musical works to the producer. Once an agreement w.r.t the same is entered into between the Music composer and the producer under section 17 of the Act, it cannot be rescinded the same was laid down in  case of Indian Performing Right Society Ltd. V. Eastern India Motion Picture Association  wherein the court said that the rights  of a music composer can be defeated by the Producer of a Cinematograph film in the manner laid down under section 17(b)&(c) of the Act.

The rights of Music Composer as owners of copyright are provided with two sets of rights:

1. To make a sound recording or visual recording of his performance, Including-

Why is copyright important in the music industry?

The music industry has an intricately woven relationship with the movie industry. Though both are indeed interdependent the industry norms are structured in such a way so that movie industries simultaneously benefit from the music industry as well. There has been rampant exploitation and monetization of Music and musicians by film producers and music labels for several years they have been deprived of the exorbitant amounts of profits that the Producers or music labels make out of commercial exploitation of the music either by releasing the music individually or incorporation of the song in the movie.

There Is an urgent need to prioritize the rights of the music creators over the rights of those who are only responsible for the exploitation of the music. The 2012 amendment to the Copyright Act wherein the Supreme Court affirming the Delhi Court’s judgment in Indian Performing Rights Society V. Aditya Pandey and others case upheld that the authors of literary and musical works incorporated in sound recordings would remain entitled to receive an equal share of royalties accruing from the utilization of the sound recordings.

The 2012 amendment, in an attempt to safeguard the rights of authors of literary, musical, and artistic work forming a part of a cinematograph film, has been given the un-waivable right to receive royalties. Section 18(1), inserted through Amendment Act 2012, provides that the author of a literary or musical work incorporated in a cinematograph film or sound recording shall not assign the right to receive royalties in any form other than as a part of the film or sound recording. Even after the all rights that are available to the author of the artistic, musical or literary work u/s 14 of the Act have been duly assigned out to the music label or the producer, he cannot waive off his right to receive royalty payments once his work has been put to use. Copyright registration grants legal status to the creative work thereby making it an intellectual property and creating and granting the owner legal cover.

The Indian music industry has been in an ever-evolving phase and has been a home ground from some of the most celebrated artists but the structural differences in the industry have always led to the limelight falling off the musicians who created the music in the first place and falling on the Producers or music labels who seem to have been inconsiderate while sharing the praises with who deserve it.

With artists being more vocal about such issues and the amendments being made in the act there have been some major developments to safeguard the rights of artists who create such original work. As it was rightly said in the case of the Amar Nath Sehgal vs. Union of India, that moral rights of an author are the soul of his works. He has the right to preserve, protect, and nurture his creations irrespective of the assignment of such copyright, whether wholly or partially . The 2012 amendment largely fulfills the said aspect, it ensures that artists are awarded for their original work in the form of royalties. Even though it can be called a progressive step but the path ahead seems unclear because of the ambiguous wording of the proviso to section 18 that specifies payment of royalties but does not specify the entity that is obliged to it, though it is understandable that the party using the services is liable to pay for it but the assignees are taking advantage of the ill worded document for their benefit.

Giving due credits to an artist’s work acts as a fuel for him, it encourages him to do better because encouragement is not enough to run studios the proceeds and gains from the artist’s work must be duly shared with him to keep him motivated. Copyright protection given to his work protects his hard work from being violated and infringed by unauthorized sources and in case of infringement he has the power to resort to legal remedies and prove that the work was created by him in the first place. A person who derives unjust enrichment from others work should not be allowed to benefit from the same, therefore, the right of authors to receive royalties and benefits should be protected and commercially exploiting the work of an author should be duly followed by him receiving credit for the same by the payment of royalties.

Are tattoos copyrightable : an Indian perspective