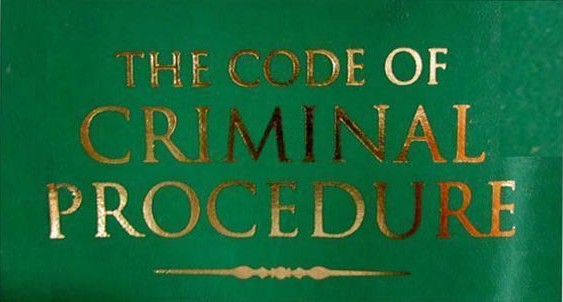 In this article, Saumya Sinha discusses the recent The Criminal Law Amendment Act, 2018.

The Indian Penal Code, 1860 governs the substantive part and the Code of Criminal Procedure, 1973 along with the Indian Evidence Act, 1872 governs the procedural part of the criminal law of the country. These Acts have been amended several times to keep pace with the changing needs of society. One major amendment in these laws was the Criminal Law (Amendment) Act, 2013. This is also commonly known as the ‘Nirbhaya Act’ and it amended the provisions relating to sexual offences. These amendments were the consequence of the brutal rape and consequent death of a 23-year old woman in a bus in Delhi and were based on the recommendations of Justice J.S. Verma Committee Report.

The Criminal Law Amendment Act, 2018 is also a consequence of such barbaric incidents which shook the conscience of the entire nation. The demand for making anti-rape laws more stringent had started developing due to various child rape incidents. The infamous Kathua rape case and the Unnao rape case triggered this demand and this gave birth to the amendment of 2018.

An 8-year-old girl was raped in Kathua, a district of Jammu and Kashmir. It has been alleged that she was kept in a Shrine for several days and raped continuously and later murdered.

The Unnao rape case was another shock to the nation where a teenage girl accused an MLA of raping her in the year 2017. She tried to set herself on fire in front of the MLA’s residence in Unnao, northern Uttar Pradesh.

Timeline of events which led to the amendment

What lead to enactment of Criminal Law Amendment Act, 2018

Before the amendment, Section 376 dealt with punishment for the rape of women in two circumstances.

After the amendment, Section 376 deals with three categories of punishment for rape, apart from rape of women by police officers, public servants, member of the armed forces, etc.

Thus, for the first time, death penalty has been introduced for the offence of rape considering the gravity of the offence.

There have been simultaneous amendments in the Cr.P.C to meet the ends of justice in such cases of rape.

The Protection of Children from Sexual Offences Act, 2012

Various views on the Amendment

The debate on Death Penalty

The amendment in Criminal Law with respect to the introduction of the death penalty triggered the debate whether such punishment addresses the issue at hand.

The supporters of the punishment of death for committing rape on a woman under twelve years of age argue that the punishment is apt for such a heinous crime and it will act as a deterrent. One of such supporters is retired Justice P.D. Kode of the Bombay High Court who said that such offence is a “dastardly act” and is inflicted on minors who are actually incapable of protecting themselves and therefore, the punishment of death penalty is not harsh.[1] Another opinion is that a person committing rape on a girl whose body has not even matured is an evil and devious act and thus, to be punished by death penalty is the best answer.

However, there are many activists and lawyers who argued against such punishment on various grounds. The argument that the death penalty will act as a deterrent is dismissed as a futile exercise as stringent punishments in a very few cases have led to a decrease in the rate of commission of crimes. Such arguments have been mostly based on two points.

This is one of the arguments given by people opposing the death penalty. National Crime Records Bureau (NCRB) data shows that rapes in India are mostly committed by a person known to the victims or relatives of the victims. Out of 38,947 reported rape cases in 2016, 36,859 cases were such in which the victims knew the offenders.[3] As a consequence, there is massive underreporting of rape cases and with death penalty as a punishment, this will only intensify. This is because “we are effectively asking the child’s family to risk sending a family member or a known person to the gallows.”[4]

This is another view against the punishment of the death penalty. The punishment for murder under Section 302, IPC is death penalty or imprisonment for life. Thus, effectively the punishment for committing rape on a minor girl and committing murder has become same. Therefore, now the chances are high that the offender will make sure that the victim does not survive. This point was also raised by the Delhi High Court when a Bench comprising of Acting Chief Justice Gita Mittal and Justice C. Hari Shankar remarked “Have you thought of the consequence to the victim? How many offenders would allow their victims to survive now that rape and murder have the same punishment?”[5] Thus, this might result to be of fatal consequence for the victims.

The shift in focus

One of the major arguments against the amendment is that this is a step to pacify the public and a step away from addressing the real problem. The real and persisting problem lies in the criminal justice system of the country.

Section 376 (1), IPC deals with the punishment for the offence of rape in general, i.e. for all the cases except for those provided in Section 376(2). The latter section deals with the punishment for rape if the offence is committed by a specific person or the offence is committed in specific circumstances. There are several categories mentioned in the section such as a police officer, a public servant, a member of the armed forces, a person in a position of trust or authority, etc. Before the amendment, the minimum punishment under Section 376 (1) was seven years imprisonment and in Section 376(2) was ten years imprisonment. This difference was created as the crime becomes more heinous if committed by persons who are held high in the eyes of the public due to their position or if committed in specific circumstances. However, after the amendment, the minimum punishment in both the sub-sections is ten years of imprisonment and thus, there remains no difference.

The Protection of Children from Sexual Offences Act, 2012 was enacted because the sexual offences were dealt under IPC for all the victims and a need was felt that the children who are victims of sexual violence need special protection and care and hence, a separate legislation. This is a gender neutral legislation as it defines a ‘child’ as the one who is under the age of 18 years. The maximum punishment under this Act is imprisonment for life and the maximum punishment for a sexual offence under IPC for minor girls has become death penalty. Thus, a difference has been created by the amendment of 2018 as punishment for rape on minor girls has become more stringent as compared to rape on minor boys.

The problem in case of no anticipatory bail

The amendment in Cr.P.C provides that no anticipatory bail shall be granted in cases of rape on a woman under sixteen years of age. Thus, now the accused has no provision to get an anticipatory bail even if there are chances of being booked under a false case.

The Criminal Law (Amendment) Act, 2018 through the amendment of Code of Criminal Procedure, 1973 provides for speedy trial and investigation in rape cases. Having considered all the views in favour and against the amendment, it is also important to throw some light on the practical results of the amendment.

The Criminal Law (Amendment) Act, 2018 has brought significant changes in the criminal law of the country. These amendments have the objective of making anti-rape laws more severe so as to decrease the rate of crime. The time frame of investigation and appeal, if implemented properly, can bring down the crime rate. However, these amendments need to be supplemented with other changes in the criminal justice system for overall effective results.

[5] Staff Reporter, Was any study done before bringing out rape ordinance, The Hindu (April 24, 2018, 12:00 AM), https://www.thehindu.com/todays-paper/tp-national/tp-newdelhi/was-any-study-done-before-bringing-out-rape-ordinance/article23652406.ece