This article is written by Anant Budhraja, pursuing a Diploma in Intellectual Property, Media and Entertainment Laws from Lawsikho.com.

“You should learn from your competitor, but never copy. Copy and you die.”

Copyright is an indispensable part of Intellectual property law, thereby being a symbolism of the fact that one’s idea is as much one’s property as any other material and tangible object created or bought with money. While the Copyright Act, 1957[ii] defines ‘Copyright’ in very specific terms, WIPO has a broader definition of the same stating “Copyright as a bundle of rights given by the law to the creators of literary, dramatic, musical and artistic works and the producers of cinematograph films and sound recordings”[iii]. Copyright basically, stands for the fact that intellectual credit is supreme in terms of ownership and an infringement thus, constitutes a serious offence, civil and criminal both.

History of Copyright Law in India

Copyright as a concept has changed over the last few decades, with the advent of technology changing the way we function and work. However, what is unmistakable is the fact that copyright is not exactly a new age term. The term ‘Copyright’ and its tenets, date back to the 15th century when the need to protect written work arose, with the invention of the printing press.[iv]

Nevertheless, the foundations of Copyright laws in India before The Copyright Act, 1957[v], were laid during the British Rule.[vi] The first legitimate copyright law in India was enacted in 1847 by the British Government, followed by an extension of the same principles[vii] carving out the Indian Copyright Act of 1914[viii]. Although, this Act only modified the previous Act to an extent,[ix] it introduced a few momentous changes, which are indispensable a part of law, in the present world. It introduced criminal sanctions and punishments for copyright infringement.[x]

The Copyright Act of 1957, Part XIII, Section 63-70[xi], explains in great detail the criminal liabilities and punishments for copyright infringement. Besides the copyright Act, several sections of the Criminal Procedure Code, 1973[xii] and the IT Act, 2000[xiii] make up the criminal remedies for copyright infringement. Even though the concept tails from the Act of 1914, the definitions are much detailed, punishments higher and lacunae limited in scope. The scope of the Act is not only specific to criminal punishments of fine and sentencing but also to the theories of seizure, injunctions and roles of various bodies regarding the same. However, with the new age of OTT and other kinds of media, the Act ceases to suffice in its scope, waiting to be amended once more, in order to reduce the burden of infringement cases.

The concept of Criminal legislation in India is an evolving concept and largely governed by statute amendments, precedents and case laws. The cases mentioned below are not only landmark criminal judgements but also criminal developments in the field of copyright infringement. The following are landmark case laws regarding the same:

Famously known as the Desi Boys case, this case set the barometers of Criminal Legislation with respect to copyright infringement in film titles and plot-lines. The facts of the case are simple, with Shyam Rao Devkatta, authoring a story titled ‘Desi Boys’ with a subsequent registration of the synopsis with the ‘Film writers association’ which he forwarded to his acquaintances[xv]. He next saw the promos of the film titled ‘Desi Boyz’ and although he could not place the infringement of his idea or story[xvi], he filed a complaint for the copyright infringement of the title ‘Desi Boys’ which was clearly his intellectual property according to him, under[xvii] Section Section 482 of the Cr.P.C[xviii], Section 63 of the Copyright Act[xix] and Sections 406 and 420 of IPC[xx]. The issue in the main case thus was whether the title is a literary work on its own and thus a matter of intellectual property and copyright that can be infringed on.

The Supreme Court of India stated that the title of a film doesn’t constitute a ‘work’ for it incomplete to be qualified as the same.[xxi] According to the Oxford dictionary definitions and the fact that ‘Desi’ and ‘Boys’ both are ‘commonplace’ terms, the title of the film is not a ‘literary work’ of any form.[xxii] Also according to the judgments of similar nature ,E.M. Forster and Anr. v. A.N. Parasuram[xxiii] and R. Radha Krishnan v. Mr. A.R. Murugadoss & Ors[xxiv], unless the required traits for a literary work are met, there cannot be a copyright to infringe. Therefore, the court dismissed the criminal charges on a case with the judgement that there has been no copyright infringement due to the aforementioned reasons.

This case, commonly known as the Barbie case, was one of the most prominent Criminal cases of copyright and trademark infringement. It laid down the principle that a criminal suit cannot be filed unless it fulfils the essentials of a criminal case. Mattel Inc. had sued the applicants under Section 63 of the Copyright Act[xxvi], Section 156 of Cr. PC[xxvii], Section 420, 487, 488 of IPC[xxviii] and Section 103, 104 of the Trademark Act[xxix] read with several other ancillary Acts.[xxx] The Facts of the case are thus. Mattel Inc. has had the Trademark and Copyright of ‘Barbie’ as a product since a long period of time. This IP right includes the dress type, decoration of the doll, the specific features along with the logo of Barbie.[xxxi] Therefore, the representative of the respondent filed several criminal suits for the infringement of the same.

The court, referring to Gian Singh v. The State Bank of Punjab[xxxii], knocked down all Criminal charges, stating that “the dispute has overwhelming and predominantly civil flavour and arises out of the commercial and mercantile dispute”[xxxiii] thereby stating that the FIR was ‘impugned’.[xxxiv] The court thus dismissed the petition, and ordered the return of the seized copies clearly indicating that a civil suit remains civil unless it falls under the nature of criminal according to the Act or precedents.[xxxv] Therefore, this is a landmark Criminal case being the first one of that nature where the court challenged the validity of a criminal suit in copyright infringement.

Arguably being one of the most important criminal legislations or case laws in the field of Criminalisation of Copyright Infringement in India, this case arose from a civil writ petition.[xxxvii] Girish Gandhi challenged that in spite of obtaining all verified documents and legitimate copyrights for every film in him video cassette business, “he apprehends the invocation of Article 64(1)[xxxviii] against him without a necessity”[xxxix]. He pleaded that Article 64(1) grants ultra virus powers to the police thus putting him in eternal fear of “Harassment from the police and unnecessary litigation” inspite of no action being taken against him.[xl] Thus, he petitioned for the declaration of the article to be declared ultra vires.[xli]

Relying on the precedents of Pooranmal v. Director of Inspection of Income-tax[xlii], M/s. Devi Das Gopal Krishnan v. State of Punjab[xliii]and The Collector of Customs v. Nathella Sampathu Chetty[xliv], the court pointed out the section was not Ultra virus or Arbitrary for although there was malpractice by the executive authorities, the sections posed sufficient guidelines.

The petition was dismissed on the basis that no overt act had taken place with complainant and there were guidelines of “satisfaction means” from unacceptable and arbitrary seizure under Section 64(2)[xlv] of the Act.[xlvi]

This case was landmark in nature because the court in detail laid down guidelines as expounded in the Act and explained how the Act is not arbitrary even though the police officers maybe.

This landmark judgement challenged the nature of an offence prosecuted under Section 63 of the act.[xlviii] The petitioner argued whether it was valid for the offence to be a cognisable one. Since there were no particular precedents before the court, it relied on the rules of Cr.P.C wherein Part II of Cr.P.C[xlix] distinguishes the 3 degrees of offences according to their sentences. Since offences under Section 63 of the Copyright Act,[l] are punishable with an imprisonment for a period of 3 years it falls under Category 2 (The Category 2 is the class of offences in which punishment of imprisonment for 7 years and below are imposable)[li] and is cognizable [lii] Thus, since there were no disputes regarding the same in terms of the Act or ancillary Acts, principles or precedents, this judgement undeniably stated that criminal offences of copyright infringement are cognisable.

This case was predominantly important because it instilled the importance of Section 482 of Cr.P.C [liv], even in terms of an FIR being instituted under the copyright Act. The petitioner played a song without a copyright whereas the respondent issued a criminal case in spite of an apology by the petitioner. The petitioner thus used the provision of Cr.P.C ancillary to the copyright Act to absolve the FIR which the court did taking sue cognisance of the matter.

The development in the field of Criminalisation of copyright infringement in India has been staggered, with ongoing cases, writ petitions and amendments. While India’s Copyright laws need honing, what is delightful is that progress is visible in spite of being slumped. The cases aforementioned aren’t landmark because of the number of times they have been quoted but because of the changes they have brought about in the law. In legal terms, changes are not always noticeable or dramatic yet are important even if they reiterate an important principle. Therefore, what is unmistakable is the fact that it is important to learn and work towards the development of the heart of intelligentsia- The Copyright Law.

How is sexual harassment dealt under the constitution of India 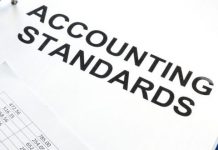 Five accounting standards which are important from the point of view of Companies Act, 2013 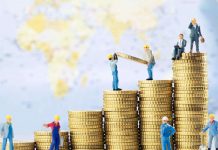