This article has been written by Samarth Suri, a student from Symbiosis Law School , NOIDA. The article briefly discusses the UN Declaration of Human rights with special emphasis on the International Covenant on Civil and Political Rights. The article also has a section which deals with India’s compliance with the treaty.

United Nations (UN) on December 16, 1966 adopted two covenants in its Resolution 2200 A (XXI): The International Covenant on Civil and Political rights (Hereinafter, ICCPR ) and the International Covenant on Economic Social and Cultural Rights (Hereinafter, ICESCR), these were made in pursuance of the Universal Declaration of Human Rights. Post the 1948 Universal  Declaration of Human Rights, it gave the work to a committee to prepare a Covenant for the enforcement of such rights. This also led to debates between the capitalist and communist states, with countries such as the USA pressing the need for Liberty Rights , whereas other communist states insisting on economic, social and cultural rights. The deadlock in the interests between these led the UN to direct the committee to make two different Covenants.

The ICESCR is a multilateral treaty adopted by the United Nations General Assembly on 16 December 1966 as part of the larger resolution on Universal Declaration of Human Rights. It aspires to provide non-self governing and trust territories and individuals , labour rights, right to health , right to education and the right to an adequate standard of living

The ICCPR is a multilateral treaty adopted by the United Nations on December 16, 1966, and came into force on March 23, 1976. The Covenant commits parties to respect the civil and political rights of individuals, which includes, right to freedom of speech and expression, right to freedom of religion, Freedom of assembly, electoral rights, due process and a fair trial. As of 2019 the treaty has 173 parties and six signatories that are yet to ratify.

The international human rights movement was strengthened when the United Nations General Assembly adopted the Universal Declaration of Human Rights in 1948, this combined with the ICCPR and the ICESCR form the International Bill of Human Rights. The major objective of these Covenants is to ensure that each person is guaranteed these rights without any discrimination.

The ICCPR was a trailblazer in the field of Human Rights enforcements, this is because the Universal Declaration of Human Rights adopted in 1948 was majorly persuasive in nature and didn’t have any binding powers as such. Therefore, the ICCPR was made with the intent of bearing legal power, in the sense that those countries which sign and ratify the treaty, have to then abide by its provisions and will be held liable for violation of those rights. Many countries that ratified the ICCPR also agreed that the Human Rights Committee may investigate allegations by individuals and organisations that the state has violated their rights.  Article 28  of the ICCPR established a Human Rights Committee , which shall consist of eighteen members and shall carry out the following function:

Article 1 – Allows for the right of people to “self-determination”, including right to freely determine their political status. It also includes a negative right, that people should not be deprived of their means of substance.

Article 2 – Each State party undertakes to respect and ensures the rights provided by this Covenant to everyone that comes under its jurisdiction, without any distinction of any kind such as race, gender, caste, sex, language, religion, political or other opinion. This Article also mandates that each State party has to take legislative measures for implementation of the laws in this covenant, unless the same has already not been done. This Article also mandates that every such person whose rights are violated has to be provided with an appropriate remedy, even if such violation has been committed by persons acting in their official capacity. To further ensure that the person claiming such a remedy shall have his right adjudged by a person clothed with judicial or administrative authority. To also ensure that such remedies are properly enforced when granted.

Articles 6– it provides for a person’s “inherent Right to life”, and requires the same to be protected by the law. It states that this is the most supreme right, and no derogation of this is ever possible. It doesn’t prohibit death penalty, but restricts it to the most serious crimes.

Article 7– it prohibits human degrading punishment, derogation of this is also strictly prohibited.

Right to Liberty and security of  a person

Article 9– provides for liberty and security of a person, prohibits arbitrary arrest and detention, it also provides to the people arrested recourse to courts and a fair trial for curbing their liberty.

Article 10 – This provides that whoever has been arrested whether it be for a crime, psychiatric care or otherwise shall be treated with humane condition, this Article complements Article 7 that provides for humane punishments. It also requires the set up for Juvenile Prisons for separating them from adults.

Article 11 – Prohibits the use of punishment for breach of contract.

Procedural fairness and rights of accused

Article 14- It provides for a fair trial to everyone, Article 14.1 states that everyone should be at an equal standing before the courts, and all such hearings should take place in an open court, closed hearings only being allowed for privacy matters etc. The Article also provides for other rights of the accused in a trial i.e. presumption of innocence, forbids double jeopardy, right of the accused to appeal in a higher court, right to be protected against self-incrimination and fair and speedy trial.

Article 15– It prevents prosecutions under Ex-post facto law and imposition of retrospective criminal penalties, and requires imposition of lesser punishment where criminal sentences have changed between the time of commission of crime and the date of the judgement.

Article 16– requires the state to recognize everyone as a person before the law.

Article 12– This provides for freedom of movement, including the right of persons to choose their residence and to leave or return to their country.

Article 17– Mandates the right of privacy, under Article 17.1 it specifically protects privacy to consensual sexual activity, hence nullifying restrictions on homosexual behaviour. This also protects people from unlawful attacks to their honor and reputation.

Article 20 – Provides that any propaganda for war shall be prohibited by law.

Article 21 & 22 – Article 21 provides for the right of peaceful assembly, no restrictions shall be imposed on the same other than those which have been imposed for integrity and peace of a democratic society. Article 22 provides that everyone shall have the right to form associations, it also provides for restrictions in the same manner as the previous Article. It also provides that members of the International Labour Organization, shall not have or pass any law that prejudices the freedom that is guaranteed to citizens in that Convention.

Article 23 – The right of men and women to marry shall be recognized, and this shall not be done without the consent of both the parties. Each State shall also take appropriate steps to ensure equality of rights and responsibilities between the parties during and even after its dissolution.

Article 24 – Right of a child to acquire nationality immediately after birth and also have a name.

Article 26 – every person shall be equal before the law and be treated equally without any discrimination, the state shall also guarantee to its citizens equality on the grounds of religion, race, caste, sex, national, social origin etc.

Article 27 – In States where religious or linguistic minorities exist, members of these communities shall be allowed to enjoy their own culture and to profess and practise their own religion and use their language.

There are two opinion Protocols to the Covenant. The first one established an individual complaints mechanism allowing individuals to complain to the Human Rights Committee about violations of the Covenant. As of 2019, there are 116 countries that are party to the first Protocol. The second opinion Protocol abolishes the death penalty, however, it allows the States to implement death penalty for the most serious crimes of military nature, committed during wartime. As of 2019, the second opinion Protocol has 87 parties.

India and the ICCPR

The body that regulates and protects human rights in India is the National Human Rights Commission (NHRC). For making a Treaty as binding in any particular State, it has to ratify the same, during this time any country can also make some declarations. In this regard, India has also made certain declarations with respect to the ICCPR.

It has been stated by the government while ratifying the Treaty that Article 9 of the treaty works in consonance with Article 22 of the Constitution of India, which provides for preventive and punitive detention laws. In this regard, it has been explicated by the government that there is no enforceable right under the Indian legal systems to provide compensation to victims of unlawful arrest. With respect to Article 13 of the ICCPR which prohibits expulsion of resident aliens, the government of India reserves its right to apply its own domestic laws. India has also complied with the principles of the ICCPR and established the National Human Rights Commission under the Protection of Human Rights Act in the year 1993. The NHRC has wide ranging powers and all human rights violation complaints can be made to the Commission itself. The Commission can send in recommendations to courts with respect to human rights cases, and can take suo moto cognizance of these issues.

World War I & II left the world devastated, whether it be in terms of financial damage or human rights violation, particularly in relation to prisoners of war. Post World War II, the United Nations was formed which tried to reconcile the differences between countries and work towards a better future. Human rights are the very basis of existence of all human beings, to be treated with dignity and to have basic rights are sacrosanct for the growth of the human race. The Universal Declaration of Human Rights in 1948 formed the basis for a plethora of human right laws to factor in, the most notable of which were the ICCPR and the ICESCR, both of these Treaties gave way for rights that every person is bound to have irrespective of any and all of the factors. This article briefly discussed one of those two Treaties in detail. It is deductible from this that the rights that are seen in the ICCPR have also been formulated in India under Article 19 of the Indian Constitution. It provides for the Right to speech and expression, assembly, association, movement, settlement, to practise any trade or profession and all of these are also seen in the ICCPR. 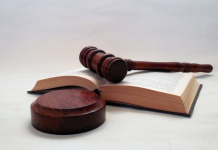 Control mechanism under the Indian Constitution 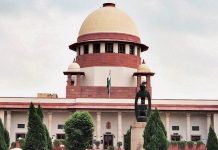