This article is written by Sushant Agrawal, currently pursuing B.A.LL.B. from Faculty of Law, Aligarh Muslim University. In this article, he critically analyzes the Juvenile Justice Act, 2000.

Children are considered to be the gifts of God and supreme assets of any State. We as individuals, parents, guardians, and society have a duty to give every child an opportunity to grow up in a healthy socio-cultural environment so that they can become a responsible citizen who is physically, mentally and morally compatible to the society. It is also a duty of the State to provide equal opportunity to children in their development stage in order to ensure social justice. In return, Children are expected to be obedient, respectful and have good qualities in them.

As famously said that criminals were not born rather made. Society, culture, modernization, differences, bad company, etc., forces many children to disobey the settled social and legal dictums. A single act of a child can be violent, destructive and dangerous to society. We need to protect children because today’s children are our tomorrow’s future.

Meaning of the word Juvenile

Juvenile originates from the Latin term juvneis which means ‘young’. The United Convention on the Rights of Child defines a child as “every human being below the age of 18 years unless, under the law applicable to the child, the majority is attained earlier.” Similarly in the Indian context, a person below 18 years of age is known as a juvenile.

India has a long history of Juvenile legislation which is generally based on British pattern. Two Indians, Krishna Chandra Ghoshal and Jai Narain Ghoshal in 1787 proposed to Lord Cornwallis (Governor-General) to establish home for the impoverished of the Calcutta who happened to be beggar, widows, and orphans. Apart from this, they also recommended that the impoverished must undergo compulsory education. On their suggestions, shelters home to 500 impoverished were built near Calcutta and an Orphan Committee was set up for the protection of orphan children. Efforts of these two Indians have changed the fate of many destitute of Calcutta. Similarly at Bombay, a nucleus for juvenile reformatories was established in 1843, which later came to be known as David Sassoon Industrial School.

Before common law, laws relating to juvenile justice were governed by the personal laws- Hindu law and Muslim Law.

The idea to provide a separate treatment to juvenile offenders was passed in 1850. Chronologically, The Apprentice Act of 1850 was the first legislation governing juvenile deviance in India. It proclaimed that the binding of apprentices was for empowering children and supremely orphan and poor children who were nurtured by a public charity, to learn the trade, crafts, and employments, by which they could be able to gain a livelihood. It applied to boys and girls between the age group from 10 to 18 years. Under this very Act, a child could be bound as an apprentice by his/her father or guardian to learn any trade or craft for a period not exceeding seven years. This Act gave an opportunity to many young orphans, destitute and petty offenders, to earn an honest livelihood. It has a similar pattern with the Apprentice Act of England that was passed in 1802.

The Indian Jail Committee 1919-1920 recommended one of the most important developments in the juvenile justice laws of India. For the first time in history, reformation and rehabilitation of offenders were recognized as the foremost objectives of the prison administration. The committee also recommended having separate Courts and homes for children. Two agencies were set up at the trial level to deal with delinquent and neglected children, which was earlier tried by only one agency.

Children Act, 1960 provided for the care, protection, maintenance, reformation, and rehabilitation of the neglected and delinquent children. For the very first time, imprisonment of any child was prohibited under any circumstances. The Act also provides for separate adjudicating bodies– children court and children welfare board, to deal with delinquent children and neglected children respectively. However, it sowed a seed of gender discrimination in the definition of a child. This Act applied to boys who were under the age of 16 years, while girls under the age of 18 years.

The United Nations Minimum Rules for the Administration of Juvenile Justice (also known as Beijing Rules, 1985) have been framed keeping two concepts in mind. Firstly, Diversion, that means children should not be processed through the criminal justice system, as it will amplify the criminality of the child. Secondly, Detention must be the last resort and also for the shortest period of time. For the first time, the term ‘juvenile’ was used in International Law.

The Act changed the terminology for delinquent and neglected children to ‘child in conflict with law’ and ‘child in need of care and protection’ respectively.

The Act provides for the establishment of the Child Welfare Committee for disposing of the matters of the child in conflict with the law. This Act provides for the care, protection, treatment, development, and rehabilitation of the children as well as to provide for their basic needs and protection of human rights [Section 31(1)]. The Act also authorizes to establish observational homes for the temporary reception, care, protection, training, development, and rehabilitation of the juvenile in conflict with the law during the pendency of the inquiry and shelter homes for the children who need urgent support [Section 8, 9, 34 and 37].

The Act bars the infliction of a death sentence, life imprisonment and prison in default of fine or furnishing security. The crucial aspect of the Act is the removal of disqualification attracting a conviction of the offence and publication of the name, address, etc. of the juvenile in any newspaper, magazine, etc[Section 19 and 21].

Section 23 of the Act, provides for the punishment for cruelty to juvenile or child by a person having actual charge or control over that juvenile. Section 26 provides punishment for procuring a juvenile or a child for the purpose of hazardous employment, keeps him in bondage and withholds his earnings or uses such earnings for his own purpose. All these offences are cognizable in nature.

The Act also provides for juvenile or the child welfare officer in every police station with an aptitude and appropriate training to deal with the juvenile in coordination with police and creation of a Special Juvenile Police Unit to upgrade the treatment of police with juvenile or children.

Even after having such a law, child exploitation, abuse, and tortures are not reduced. The criminal tendency of the children is increasing day by day. Let’s discuss the grey areas of this Act.

The first is related to the responsibility of the Juvenile and Child Welfare Officer in a police station as well as the special police unit created in every district and city to deal with juveniles and to upgrade the treatment of police with juvenile or children. The said officer is usually, either busy in the criminal investigation and administration or has no interest in such matters. They are obliged to produce the child before the welfare board for care, protection, development, and training, but the police officers were reluctant towards their powers and duties. This all happens because of the absence of superior authority to control and supervise them. They are not accountable to any agency. The employment of child for begging, procuring of a child or Juvenile for hazardous employment and keeping him in bondage and withholding his earnings or use of such earning for his own purpose is made a cognizable offence, that means the police can investigate the matter without Magistrate’s order, but they are failed to take steps.

The second problem is related to the powers of Juvenile Justice Board, wherein after inquiry, the board has a very wide blanket to ‘release’ the juvenile to home after advice or admonition or to participate in a group counselling, community service, order to pay fine, order to release on probation of good conduct and lastly to send him to a special home, which defeated the purpose of this Act i.e. training, education, reformation, and rehabilitation. Even if the Board decided to send the child in a special home under section 15(1)(g), then also, the period of the stay may be reduced, which results in the release of the maximum number of children without proper education, training, and correction. Such vast and vague powers of the Board are unreasonable and arbitrary in nature.

The third problem is of age, which is changed from 16 to 18 years in the case of a male child, which is not proper in recent times. As per Indian Penal Code,1860 the child below 7 years is doli-incapax (can’t be held liable for any offence) where a child between 7 to 12 years is doli-capex (can be held liable for the offence committed). That means a child above 12 years is capable enough to understand the nature and consequence of his act, and therefore must be held absolutely liable. In today’s era, the age of majority is reduced. A male child attains puberty in 13 years of his age. That means a male child above 13 years is capable enough to commit sexual offences which required sufficient mental and physical capability. But even after committing such a heinous offence, he can be absolved from his liability.

The next aspect is that this Act is purely reformative. The present World is indeed focusing more on reformative theory, but we cannot prevent crimes merely by reforming criminals. Juvenile committing heinous offences like murder or rape must face the penal consequences of their acts because each juvenile is coming from different backgrounds possess different maturity of understanding and many are encouraged to commit a crime, as the punishment is very lenient. So, while applying reformative theory, strict deterrent theory should also be given importance.

Lastly, the Act bars the appeal against the order of the Child Welfare Committee in respect to finding that the child is not neglected. A person has no right to challenge the order of the Board and Committee before any court resulted in the release of the wrongdoer without the reconsideration of the matter. This provision is against the right to appeal, thus justice is denied.

Thus on the basis of the above discussion, we can say that mere cherished principles would not do any good to society. The actual practice must be given importance. Lack of cooperation and supervision among the different authorities is a major drawback of this Act. Many persons (including police officers, lawyers and judicial officers too) related to the implementation of this Act are unaware of the concept and philosophy of the juvenile justice system. The law enacted requires an effective implementation to see the desired results. The society must be encouraged to give enough space and opportunity to the children for their development and reformation. The Judiciary has played a very applaudable role in the proper implementation of the juvenile justice system by interpreting the provisions of various legislations to give maximum benefit and relief to juveniles. Serious implementation of wonderful legislation can certainly reverse the crime trends in juveniles. 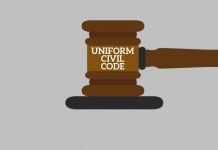 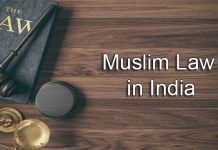