This article is written by Ronika Tater, from the University of Petroleum and Energy Studies, School of Law. This article discusses the critical assessment of Section 10(1) of the Income Tax Act, 1960 through the constitutional provision with the help of case laws and regulations in India and also legal consequences of taxing agriculture income in India by throwing some light on the present scenario.

The court under such circumstances, proposed to amend the definition of Section 2(1A) and extended that any income derived from saplings or seedlings grown in a nursery is deemed to be agricultural income regardless, of whether the basic operation has been carried out on the land, such income qualify for the exemption under Section 10(1) of the Act.

How is cultural income tax calculated with example

Computation of tax in the case of an individual in the following steps:

Computation of tax in the case of an Indian company tax liability will be as follows:

The exemption limit for agriculture income

Taxation is a statutory field and the two well-settled principles of interpretation of taking statutes are below-mentioned:

It is contended that a wide and liberal meaning should be given to an exemption clause in regard to taxing statute. The charging section must always be interpreted strictly unless a particular type of income is made taxable, the authorities cannot levy the tax. In the case, Commissioner of Agriculture Income Tax v. Jagdish Chandra Deo Dhabal Deb, 1949, it was held that as the assessee was carrying on a regular operation in forestry which requires the expenditure of skill and labour upon the land on which the forest grows.

Should the agricultural income be taxed or not

The idea of taxing agricultural income is reasonable looking at the growth and development of the nation. However, the issue is so politically motivated as the implementation of this provision would affect the lives of numerous people which has a direct relation to casting votes at the time of the election. To avail the benefit of this Act, it requires the farmers to be classified as socially and economically deprived of resources.

Here, the major problem will be identifying the individuals, provided that many people hold small pieces of land or are landless labourers and identifying what is to be taxed, it is difficult to identify the value of the output or the net income earned by the farmer. Individuals use their black money to convert into white money by reading the words of the tax provision rather than going on the spirit of the law.

Also, at the time of plantation of rubber and wheat in the same land in the ratio of 3:2, the assessee takes advantage of window dressing since rubber is 60 percent exempted in the tax provision and wheat is fully exempted under the section. Further, terrorism is also motivated by the exemption of agricultural income as the blood money is converted into white money in the books of account to depict the wrong picture to the government. However, in case if this is implemented the tax would affect the consumer, as they have to pay a higher price for the product.

The advantage of taxing the agricultural income in the country

Hence, it is pivotal to consider the advantages and disadvantages before forming any policy on taxation of agricultural income.

The following are the recommendations in relation to taxation of agricultural income:

“Every government has a right to levy taxes. But no government has the right, in the process of extracting tax, to cause misery and harassment to the taxpayer and the gnawing feeling that he is made a victim of palpable injustice” by Nani Palkhivala. However, the benefit of the provision has been wrongly interpreted by some individuals leading to a discrepancy in the system. The government should step forward and look into the mechanism to regulate considering the growth and development of this country.

Relaxations in due dates by the Central Board of Direct Taxes 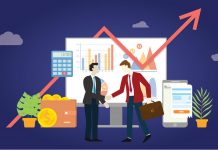 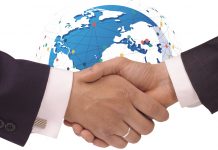 Critical analysis of risks in cross-border mergers and acquisitions