This article is written by Anisha Bhandari, from Institute of Law, Nirma University. This article discusses the economic practices through cross borders and how it has contributed to society.

The globalization of economic practice inevitably requires interaction with a broad variety of national laws and legal structures, and insolvencies also have transnational implications in this sense. In such situations, there is a clash of competing national laws on serious issues, including the recognition of security interests, processes related to the disbursement of assets, and different policy preferences underpinning the protection of different types of creditors. Such disputes pose difficulties as each nation has adopted its insolvency laws in reaction to specific legal conditions and the legal desires of its people, representing the variations between creditor and debtor security. In light of its immense financial value and scholarly difficulty, cross-border insolvency laws persist in a state of uncertainty.

Cross-border investment refers to the net inflow of investment in order to acquire a long-term management interest (10 percent or more of the voting stock) in an enterprise operating in an economy other than that of an investor. In simpler terms, investing in a corporation formed by the laws of another nation either in individual capacity through purchasing securities and/or bonds or in the capacity of business by mergers and acquisitions and/or the creation of a new corporation or the purchase of an established firm, etc. When we state about investment, it refers to two types:

Sections 234 and 235 of the Code deal with cross-border insolvency in a cursory way, authorizing the State to enter into treaties and further enabling the Adjudicating Authority under the Code to send a letter of appeal to the court in the nation in which the arrangement has been concluded to comply with the properties in a defined manner (presumably in compliance with the terms of the Code). Theoretically, this would also include a basis for international members to appeal to Indian courts to negotiate with assets in India in a way compatible with the insolvency laws of the jurisdiction where global key cases have been initiated against assets in India in relation to the debtor.

For foreign proceedings to be recognized in India, the procedure laid down in the Code of Civil Procedure, 1908, together with the principles of English common law, will apply, although it should be noted that it is not sufficiently broad to cover certain insolvency proceedings Similarly, for Indian proceedings to be recognized abroad, the rules of procedure of that foreign jurisdiction shall apply. Those countries that have adopted the United Nations Commission on International Trade Law (UNCITRAL Model Law (including most industrialized countries)) are required to provide recognition, assistance, cooperation, and appropriate relief for insolvency proceedings initiated in India, except where the country otherwise requires reciprocity.

As of 2020, 83 nations, including the United States, the United Kingdom, and Singapore, have implemented the UNCITRAL Model Rule. Note, however, that some countries that have adopted it may have made reservations and may require reciprocity. Clearly, while the Code allows the government to enter into treaties to implement the UNCITRAL Model Law, negotiating up to 200 separate bilateral treaties over a relatively short period of time is not practical and would further complicate matters with the Indian courts.

The easiest approach will certainly be for India to actually sign and ratify the UNCITRAL Model Law and then integrate it into the document. While the Notification proposes to adopt, in essence, the UNCITRAL Model Law, there are a few key nuances and it appears to apply only to corporate insolvency and not to the insolvency of individuals. There is a general public policy limitation, which effectively states that India would not give force to the terms of the Treaties if it breaches public policy, but it should be remembered that this requirement is widespread in the majority of contracting states, and the ambiguity is whether the courts in India will view the concept and whether they assign it a limited or wide status, is theoretically confusing.

The Model Law is divided into five chapters. Chapter I lays out the framework of operation of the statute, other concepts, and certain basic clauses. The chapter describes the words ‘foreign insolvency proceedings’ and ‘foreign representative.’ It also distinguishes between the primary and the non-related proceeding. Where the defendant has the core of his key concerns, the proceeding in that jurisdiction is regarded as the key proceeding and all other proceedings are considered to be ancillary or non-primary proceeding. There are some limitations to the implementation of the Model Law, such as the general policies of the enacting State and the supplementary assistance offered by the pre-existing laws of the enacting State.

Chapter II provides for the access of foreign representatives and creditors to cross-border insolvency proceedings. It gives foreign representatives and creditors the right to apply and participate in insolvency proceedings in much the same way as State creditors. In fact, if any formal notice needs to be provided to creditors belonging to the Government, it is mandatory to give the same notice to foreign creditors. It also developed procedures intended to recognize foreign insolvency cases and to provide force to them inside the State in which assets were held. Such procedures provided the right for the courts of the States under which application was rendered to provide relief on the behalf of the foreign insolvency representative.

Chapter III allows for the identification of foreign proceedings and associated relief. Upon application for recognition by the foreign office holder, the courts of the enacting State have the right to offer temporary relief to the foreign office holder (depending on the result of the appeal for recognition). When foreign insolvency trials (in an enacting State) are accepted as key trials, Article 20 of the Model Law explicitly provides for the following relief:

The enacting State concerned may also make exceptions to the automatic relief provided for in Article 20 referred to above, subject to the same exception being based on any such exceptions already existing in domestic insolvency law. If foreign proceedings are known as ‘primary’ or ‘non-main’ trials, Article 21 of the Model Law confers on the Courts of the Enacting State the general power to give some necessary relief to the officeholder.

Another significant feature of the Model Law was the focus on the interaction between courts in various jurisdictions and the insolvency members themselves. This very issue is addressed in Chapter IV The entire topic of mutual contact and collaboration is one about which a lengthy essay or opinion may be published, but it is appropriate to notice that the Model Law served as an opportunity to conduct joint audio and video conferences between courts in various jurisdictions in an attempt to cope in a constructive way with difficult problems.  In particular, these laws aid in the expeditious conclusion of an insolvency process and encourage the early distribution of dividends to creditors. Articles 25-27 was meant to include a mechanism for co-operation between foreign insolvency courts, and foreign office-holders. The cooperation system must be placed in motion, in effect, by requiring clear contact between the Member States concerned insolvency Trials, and between the insolvency Trials of the Enacting State and the foreign Office – Holder.

Articles 28-32 supplement the regulations on coordination by means of detailed guidelines on procedures to be pursued in situations where ‘concurrent trials’ take place under the laws of separate States. Such papers are meant to ensure optimal cooperation between the insolvency systems of the countries involved.

It should be pointed out that the UNCITRAL Model Legislation does not bring into the insolvency framework of the enacting State the substantive law of the international country, nor would it extend the remedy that should have been applicable to the enacting State in any international proceedings. However, it grants recognition and assistance to foreign representatives of the insolvency resolution process when applying for interim relief and automatic stays were available in that particular jurisdiction where such relief is sought.

Cross-border insolvency involves a case when the insolvent debtor has properties in more than one jurisdiction or when certain shareholders of the debtor do not have jurisdiction when insolvency proceedings have been initiated. Professor Ian Fletcher, a renowned scholar on aspects of commercial insolvency, proposes that ‘cross-border insolvency’ should be regarded as a situation in which insolvency occurs in circumstances that, in some way, go beyond the confines of a single legal system, so that a single set of provisions of domestic insolvency law cannot be applied immediately and exclusively without reference to it.

With a surge in commercial technology, cross-border trade is no longer the preserve of large multinational corporations alone. The scale of economies has driven businesses to expand their company outside their home territories and to coordinate their operations around national borders. As a consequence of the growing globalization of corporate practices, companies are confronted with a wide variety of legal structures. As a result, as multinationals are insolvent, there is no wonder that these insolvencies have cross-border implications.

In the absence of a framework for cross-border insolvency resolution, a number of issues remain unanswered and unclear, with recent cases involving Jet Airways and Videocon being the primary examples. For example, if insolvency proceedings have begun in India for a particular debtor who has assets abroad, what are the measures to ensure that such assets are not subject to parallel proceedings in that foreign jurisdiction? What if there are parallel insolvency cases in many jurisdictions in regard to the claimant and his assets? A potential remedy to these issues is a degree of harmonization of the insolvency laws in various jurisdictions. Since there are several wide-ranging differences between the legal systems of the countries, the aim of harmonizing such statutes must be pursued.

Cross-border insolvency is increasing in economic significance and the legislation is in a state of flux. As we recognize, given the profound differences between the insolvency laws of the nation-states, it is highly unlikely that agreement will be reached on a binding mandatory instrument to harmonize cross-border insolvency law. Such variants that take the shape of the way in which insolvency proceedings that take place, or also the degree to which the liability of the claimant is enhanced. There is obviously an inherent contrast between the debtor’s plight on the one side and the creditor’s suffering on the other. In order to achieve greater cooperation between courts of different States, fair and efficient management of cross-border insolvencies that protect the interests of creditors as well as the debtor, and other objectives, the UNCITRAL Model Law on Cross-border Insolvency is a major step forward in eliminating the difficulties that have so far been encountered in this area of law.

The conundrum surrounding entries in the balance sheet and acknowledgement of debt under the IBC : analysis and way forward 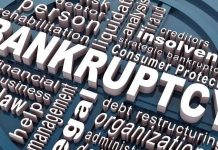