In this article, Mansi Agnihotri discusses the current status of triple talaq and also resolves the doubts and frequently asked questions on the issue.

Triple talaq became a major concern in the recent year. The recent judgment though concreted that triple talaq is unconstitutional but raised a number of doubts in the minds of people. Before clearing the ambiguity lets understand talaq as per Shariat act.

Understanding the concept of talaq

Talaq is classified on the basis of pronouncement into two i.e

b) Talaq-ul-Biddat (irrevocable) which is further subclassified in talaq Ahsan (most proper) and talaq Hasan (proper).

So as per Shariat act, the triple talaq doesn’t exist in the form as the usage was modified by the king Omayad in the second century as per the convenience. Thereafter the Muslim males started misusing it to prove their dominance over women.

It is the talaq-ul-Biddat which is in the canvass and it is regarded as the disapproved form of talaq. This form of talaq is in contrast to the ideology of the Prophet. Here the husbands could break the sacred relation merely by pronouncing talaq three times and there is no possibility of reconciliation. Prophet always opposed irrevocable talaq as he believed talaq is an evil and people must pursue the revocable one as there is an option of gaining back the pious relationship. Also, it is a unilateral divorce and is against the gender jurisprudence.

However, this modified version left women in the cage of insecurity as men started pronouncing talaq even on the trivial matters. This led to the campaign by the Muslim women to ban ‘triple talaq’ and ‘nikah Halala’ by the ‘Bhartiya Mahila Muslim Andolan’. But ‘All India Muslim Personal Board’ a Non-government organization which aims to educate Muslim retorted and claimed that this is a question of religion and it is unIslamic to distort anything which is enumerated in the Shariat. As per them, such a thing will injure Islam.

This dispute reached the platform of the court and thereafter the five judges bench examined whether the ‘islamic divorce practice’ is fundamental to religion or not and passed the judgment and held triple talaq as unconstitutional.

The Muslim religion got bifurcated into two major communities after the death of the prophet. This also led to the differentiation in various customs. It is material to mention that Shia laws don’t recognize talaq-ul-Biddat or the instantaneous talaq. Hence this judgment establishes no effect on Shia community. This talaq-ul-Biddat is followed only in the Sunni community of Hanafi school and Hanafi Sunnis comprise around 90% of the Muslim population in India.

Judgement is not Against Islamic Religion

This judgment is not against any institution, organization nor it is against the religion of Islam. Rather, the true meaning and spirit of the Quran have been outlined on the anvil of individualism, the rule of law and human rights enunciated in the constitution. It is a judgment in favor of justice based on women rights on humans right that has been denied to Muslim women for centuries despite Quranic provisions relating to gender and spousal equality in wedlock and beyond. The Quran does not sanction triple talaq in one go. According to Islamic scripture, the word talaq is spoken thrice over a period of three months. In such a manner, it demands time and patience in executing a divorce in the hope of making the union possible knowing that the couple is bound to have differences. This Quranic procedure has been laid down with a rationale to establish that marital coverture cannot be terminated in a state of sudden provocation, rage or whims.

Status before the judgment

Is the custom of ‘Nikah Halala’ still prevalent?

Has the practice discontinued?

What about the validity of ‘other’ form of talaq such as talaq-e-Sunnat, khula, etc?

What about the other barbarous practices such as ‘nikah Halala’?

Does DAR-UL-QAZA stand with this verdict?

Is pronouncing triple talaq an offence?

Is the bill comprehensive? 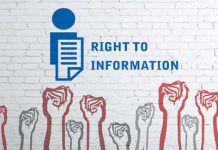 Landmark judgments on Section 8 of the RTI Act, 2005 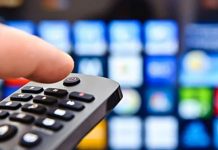 The issue of transmission and diffusion in television : Cable Television Networks (Regulation) Act, 1995 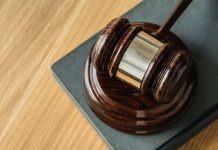 Evolution of absolute liability in India