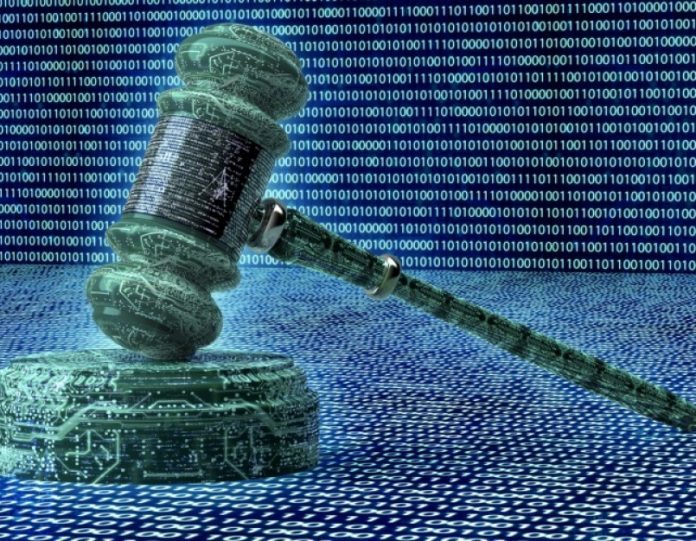 This article has been written by Buddhisagar Kulkarni, pursuing the Diploma in Business Laws for In-House Counsels from LawSikho.

Recent years have seen an explosion in the cyber sabotage of critical infrastructure. As bizarre as it may appear, it is a fact that has become so widespread that even the common man has begun to feel its heat. Illegal transactions in one’s bank account to long cyber-attack caused power failures that put a whole city to a halt, such instances have become commonplace in all countries throughout the world.

When it comes to cyber-attacks, state and non-state actors target computing systems, often those that control a nation’s key infrastructure. Sabotage can be used for many reasons, ranging from the simple disturbance of government services to generate panic to demands for extortion and spying by enemy governments. Certain statistics must be presented to fully grasp the gravity of the issue. According to information presented by the union home ministry based on data reported by the Indian Computer Emergency Response Team (‘CERT-In’), India’s primary cyber-security organisation to the Parliament; in March 2021, the nation saw a stunning 1.15 million cyber-attacks in 2020. This is a twenty-fold rise above the data presented in 2016. Subex, a Bengaluru-based ‘Internet-of-Things’ and cyber security company produced research stating that India is one of the top five most cyber-attacked nations in the world, with threats originating largely from Slovenia, Ukraine, the Czech Republic, China, and Mexico. The majority of attacks target essential infrastructures, such as finance, defense, and industry. Oil and natural gas plants are the most heavily attacked in terms of essential infrastructure.

In 2017, India was badly impacted by the WannaCry ransomware crypto worm, which hit 150 nations and over 40,000 computers. During the same year, the Jawaharlal Nehru Port and APM Terminals Mumbai were crippled by another international trojan ransomware. Hackers successfully stole Rs. 94.42 crore from Pune’s Cosmos bank in 2018. This resulted in Rs. 14 crores being routed to a Hong Kong-based bank account and Rs. 80 crores being withdrawn from ATMs in 28 countries. In a separate incident in 2018, hackers gained access to the government’s UIDAI records of 1.1 billion users, which was then freely listed for sale to interested purchasers.

Around the launch of the Chandrayan-2 mission in 2019, CERT-In discovered malware intended for senior ISRO personnel by a North Korean hacker outfit called ‘Lazarus’.

In the same year, by hacking the administrative systems of the Kudankulam Nuclear Power Plant (KKNPP) in Tamil Nadu, hackers were able to collect a large number of records. According to the experts, hackers may be able to more easily target the reactor’s operational systems in the future with the stolen data, resulting in massive physical damage. RedEcho, a hacker organisation with ties with China, recently targeted India’s power stations, ports, and parts of its railways during the Covid pandemic. There has been a considerable rise in attacks against India’s essential healthcare facilities and pharma corporations such as Lupin and Dr. Reddy’s aimed at obtaining important research and patient data during this pandemic. Ransomware attacks on the pharmaceutical industry have surged the greatest.

Attacks on key infrastructure are not linear, which is quite concerning. They come in a variety of forms. It is possible for cyber threat actors to get unauthorised access to personal information through cyber espionage and steal classified, sensitive data or intellectual property. Lazarus, a Chinese-North Korean gang, is suspected of orchestrating the KKNPP attack, which took administrative data.

Cyber-sabotage is increasing as well. There was an outage in Mumbai on October 12, 2020, as a result of cyber-sabotage of the Maharashtra State Electricity Board (MSEB). The cybercrime section detected it as a three-pronged malware attack on the MSEB server, transmitting 8GB of data and attempting forced log-ins from multiple banned IP addresses.

Another type of attack is ‘Sleeper cyber-attacks’. Sleeping malware, like sleeper cells in terrorist groups, is placed/sent to numerous vital systems and then remotely launched to control or damage the infrastructure. A ‘Sleeping malware’, according to a US-based intelligence firm, was behind the MSEB attack, which was part of a bigger cyber-sabotage plot by Chinese offenders RedEcho.

Due to remote working, India is seeing an upsurge in Denial-of-Service (DoS) or Distributed Denial-of-Service (DDoS) assaults. It aims to render computers or network resources inaccessible to its potential users by temporarily or permanently disturbing services, inflicting time and money losses.

Last but not the least, another element in cyberwarfare’s arsenal is cyber propaganda. It’s an attempt to manipulate public opinion by controlling information in any form.

It is critical to remember that if governments and companies do not embrace global best practices, all other attempts to harness greater security will be futile.

Here is a three-pronged method to protecting key infrastructure:

What is an insider threat?

The Insider Threat Study has so far produced two reports. One study looked into malicious insider incidents in the banking and financial industry [Randazzo 2004]. The other studied the insider attacks in every key infrastructure sector in which the insider attempted to harm the company, a person, or the data, information system, or network of the business [Keeney 2005].

The CERT project team felt it was critical to use the Insider Threat Study’s wealth of experimental observations to focus on communicating the “big picture” of the insider threat problem—the complicated conversations, relative degree of risk, and unforeseen consequences of policies, processes, technology, insider psychological issues, and corporate culture over time.

As a result, the MERIT project was born. MERIT is an acronym that stands for Management and Education of the Risk of Insider Threat.

Considerations about Insider IT Sabotage in General

The following are the general considerations concerning insider IT sabotage.

Personal biases explain why some employees behave maliciously while peers subjected to an identical environment do not. Certain forms of visual attributes can be used to identify personal biases:

Due to unfulfilled aspirations, most insiders who committed IT sabotage were dissatisfied

All of the insiders who perpetrated IT sabotage in the MERIT incidents had unfulfilled aspirations. In the Insider Threat Study IT sabotage cases, 57 percent of employees were judged to be unhappy. 84 percent were driven by vengeance, and 92 percent of all employees attacked after a negative work-related incident such as dismissal, a disagreement with a current or previous company, a downgrade, or a transfer.

Examples of unmet expectations include inadequate salary/bonus, lack of promotion, restrictions on online actions, restrictions on the use of company resources, invasions of privacy in the workplace, diminishing authority/responsibilities, considered unfair job requirements, and poor colleagues’ relations.

The risk of insider IT sabotage increased in most cases by difficult events, including organizational sanctions

Bad performance assessments, scolding for undesirable behaviour, suspensions for too much absenteeism, downgrading due to poor achievement, limited responsibilities and internet access, payor bonus disagreements, absence of severance packages, new supervisors recruited, divorce, and death in the family are all demanding occurrences that have been observed in cases.

In the MERIT incidents, 97 percent of the insiders who conducted IT sabotage were flagged by managers or colleagues for suspicious behaviour before the event.

Companies failed to detect technical antecedents in many cases

In the MERIT cases of insider IT sabotage, 87 percent of the insiders executed technical antecedents to the attack that went unnoticed by the company.

The download and use of hacker tools, omission to create backups, omission to document systems or software, unsanctioned access to customers’ or colleagues’ systems, system access after termination, unsuitable internet access at work, and the setup and use of backdoor accounts have all been observed as technical antecedents in cases.

Insiders produced or used unknown management access paths to put up their attack and hide their identity or steps. Most insiders attacked after termination

In the MERIT cases, 75 percent of insiders who carried out IT sabotage made access channels unknown to the company. In the Insider Threat Study of IT sabotage incidents, 59 percent were past employees, 57 percent did not have official system access at the time of the attack, and 64 percent used distant access.

In many of the cases examined, insiders exploited privileged system access to take technical measures to set up the attack before they were terminated.

Many of these actions generated or permitted the use of previously undisclosed access channels.

In the MERIT IT sabotage cases, 93 percent of insiders took advantage of lax access protections.

Backup and data recovery processes must be followed and evaluated regularly

Cybercriminals are aiming at OT networks because they believe they can cause more disturbance than IT systems. OT is at the heart of systems that, if violated, could result in outages of important services. As a result, a committed security provider is needed to accurately manage each of the three aspects of cyber security: individuals, procedures, and technology. AI-enabled tools are capable of identifying, protecting, detecting, responding to, and recovering systems.

Furthermore, the danger is not limited by geographical boundaries. To keep up with the unusual ways of disturbance that hackers rapidly adapt, this area of cybersecurity laws and regulations requires a rapid upgrade. Detailed legislation will eliminate this discrimination and make sure a more rigorous mechanism to deal with the twenty-first-century curse of cyber-attacks on vital infrastructure.

It has been discovered that the dynamic systems approach aided in structuring and focusing the team’s dialogue. This was significant because team members came from various fields such as psychology and information security. Using accessible empirical data, system dynamics modeling can tide over this scientific gap and convert the best available evidence into recommendations for policies, procedures, and tools to limit insider danger. The hackers are constantly improving their arsenal. As a result, staying updated on them is critical.