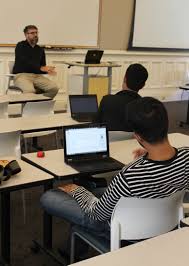 What is Cyber Crime?

Cybercrime is a crime that involves a computer and a network. Cybercrimes may be defined an offense that is committed against individuals or group of individuals with a criminal motive to cause physical or mental harm or any loss to the victim indirectly using modern technological methods like the internet. Any illegal act which requires a computer or computer system or computer network is a cybercrime. Also, any offense taking place over a computer can be called as a cyber offense.

There is also one problem attached to the cybercrime as it is borderless, so no court can attach its jurisdiction over it. The Indian IT Act, 2000 also defines cyber contraventions and cyber offenses. Cyber contravention is basically a violation of law or rules of procedure which may or may not attract a liability or penalty as the offender faces civil prosecution however cyber offense is an act which is prohibited and are basically punishable with fine or imprisonment or both as the offender faces criminal liabilities.

Primarily cyber crimes can be formed in three forms.

According to the article 21 of the Indian Constitution, Right to Privacy is the fundamental right of every citizen and state must take appropriate steps to protect the privacy of the person which can be recognized through various judicial pronouncements. Privacy involves the right to controls one’s personal information and also the ability to determine how that information may be obtained and used. It is one of the most informant rights of any citizen and a large number of cases has emerged which involves the breach of privacy of a person through social networking sites.

Even if your account is at the highest security level, there is a greater chance of having your identity stolen. The same has been seen in many cases like in the previous year almost 300 million personal information was leaked from Facebook which claims to be one of the safest sites to provide cybersecurity about its content.

In the year 2016, SecureWorks revealed about the tactical details about the threat of Russian  Threat Group-4127 attacks on the Hillary Clinton’s presidential campaign emails. Then in September, Bill Gertz of the Washington Times reported on another cyber attack on Hillary Clinton’s emails, presumed to be the work of the attackers from Russia or China. This clearly tells us that even the election are tried to be influenced by hacking the personal data of the candidates. In the same time, it was seen that millions of Facebook accounts were hacked in the US  to manipulate the election result.

Most of all the cyber attacks have generally done by the people of foreign countries just to manipulate the things according to their need. But it is not true at all that only foreign cyber attackers can be blamed. Recently, Pierluigi Paganini @securityaffairs reported about the police arrest of two North Carolina men who were alleged to be the member of the notorious cyber group called ‘Crackas with Attitude’ who were responsible for leaking personal information of about 31k US agents and their family.

In India, data protection is generally governed by the Sec 43A, 72A, 69 and 69B of the IT Act, 2000. Section 43 widens the scope of data protection by providing the definition of the ‘personal sensitive data and also talks about the protection of these data by the data handler in a careful manner. In case of infringements, data handlers and offenders can be both held liable for extavent penalty exceeding 5 crores. Section 72A also specifies liability for intermediary if he discloses any personal information which he accessed while providing services under a contract and such disclosures were made with an intention to cause any type of loss to the person. Section 69 and 69B empowers the state to issue directions for the interception, monitoring and even collection of traffic data or information through any computer resources for cybersecurity.

Today the cyber threats are increasing day by day and it more likely looks like a combination of all these:

Internet Corporation for Assigned Names and Numbers have given formal recognition of cyber pornography in the name of ‘xxx.com’ domain.  However, it is not true at all for the child pornography as it is condemned all over the world and it is also made punishable in India through section 69B of IT Act. Section 66E also protects the bodily privacy by imposing punishments to all those offenders who try to capture a picture of the private body parts without permission. Publication of sexually explicit content is also punishable under section 67 of IT Act.

Today social media account are solely made to the purpose of hacking the personal banking or transactional details to cause financial harm to the person. In recent years, there is a severe increase in the number of these types of cyber attacks and generally, people are not able to protect from these attacks due to the insufficient or incapable of watchdog bodies.

It is generally done by sending messages linked with some virus which includes a link which is asked to be open and the opening of these links injects viruses in the system. These viruses can destroy the whole system or can steal all the personal data present in the system. Section 43C of the IT Act imposes liability to the offender to pay compensation who has sent these type of viruses to the people. Recently, the world has seen a very powerful virus attacks Ransomware which affected almost millions of computer across the world and due to the borderless crime, the offender has not got any punishment.

Hacking simply means trespass in the virtual world. The attackers do a research about the targeted person and through this, they try to hack their social media accounts for their own gain. In the recent year, there have been many cases in which hacker has hacked the social media accounts of many celebrities and tries to send offensive and fraudulent messages to their followers. Section 43 of the IT Act imposes strict punishment to the people who try to have an unauthorized access to anyone’s social media accounts.

Advanced threat actors such as nation-states, organized cyber criminals and cyber espionage actors represent the greatest information security threats to the enterprises. Many organizations are not able to detect these threats due to the low or slow approach to protection, incompetent resources etc. Enterprises should then monitor mission-critical IP addresses, domain names and IP address ranges (e.g., CIDR blocks). This can grant advanced warning while adversaries are in the planning stages. With this enhanced visibility, you can gain improved insight into ongoing exploits, identification of cyber threats and the actors behind them. This allows you to take proactive steps to defend against these threats with an appropriate response.

Cybercrimes have been menacing the social media platform from the very beginning. This has manifested in many forms like hacking, sending spams or injecting viruses. The world has seen many cases of cyber attacks which have caused due to the social media platform. There has not been any concurrent law or any competent court to have jurisdiction over these matters as the cyber crimes are borderless. There is a need for an effective policy for the use of social media platforms. There must be some concurrent measures to find cyber evidence. Since this is a borderless crime, all the country should come forward to make a concurrent and strict law to protect the online source as it can harm to any person, organization or whole country as all data is present online and leakages of these data can have a devastating effect.