In this blog post, Abhiraj Thakur, a 1st year Student of NALSAR University of Law, Hyderabad, writes about the problem that exists with cyberstalking and the dilemma that surrounds it, i.e., to ascertain if it’s a crime or a tort. This dilemma even exists in India, so we look at how the current Indian Laws deal with cyberstalking.

Legislation on cyberstalking varies from country to country. It is explicitly stated as a punishable offense in some countries, while in others cyberstalking falls under the broader offenses of stalking, defamation, nuisance or harassment. However, some argue that these crimes are inadequate in terms of their extent in dealing with such an offense when committed in cyberspace, a point of contention which arises in the Indian context as well.

We live in the Age of Information, where the effect of the internet is profound, particularly with the growth of social media giants like Facebook, Twitter, and Youtube. These Social networking websites allow users access to information about one’s interests and opinions, one’s location and places visited and a host of other personal details which could potentially be harmful in the wrong hands. Information is, indeed, power. As the saying goes, ‘Power Corrupts… and absolute power corrupts absolutely’ it fits adequately in the arena of the internet as well where the world has become information superhighway. Unwelcome and harmful conduct on the internet can take place in a number of ways including spam, spim and phishing. Being a relatively new technology, the courts sometimes find themselves in a pinch when dealing with these tortious or criminal violations. Cyberstalking is one of many such cyber crimes.

To know more about the scope of what to do when someone is stalking you in brief, please refer to the video below:

The word “stalking” has acquired a new meaning in internet parlance. Colloquially speaking the act of simply browsing through a user’s online history through social media websites and other web pages to learn about them is referred to as stalking. This trivializes an offence which can have grave and severe consequences. 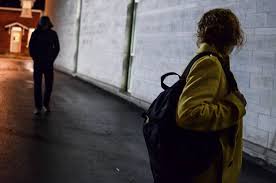 Stalking means following and watching someone over an extended period in a way that is annoying or frightening. It involves harassing or threatening behaviour that an individual engages in repeatedly such as following a person, appearing at a person’s home or place of business, making harassing phone calls, leaving written messages on objects, or vandalizing a person’s property. The term cyberstalking broadly refers to the use of internet or other means of electronic communication to stalk a person. It is the means to intimidate or cause harm to an individual or group of individuals. 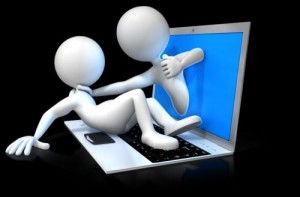 The history of cyberstalking in India goes back to 2001, in a case where a woman Ritu Kohli complained of being stalked on the internet. Manish Kathuria, a man, used Kohli’s name to engage in illegally chatting and the sending of obscene messages on the website www.mirc.com. He distributed her personal information, and she began receiving annoying calls at odd hours. Kohli reported the matter to the Delhi Police, who dutifully filed a case under Section 509 of the Indian Penal Code which criminalizes any word, gesture or act intended to insult the modesty of a woman.[1] By the Act of 2013, cyberstalking has been specifically outlined as a punishable offence.[2]

The infamous matter of 2004[3], where an Indian schoolboy recorded a sexual encounter between himself and a 16-year-old girl using his mobile phone is what caught the attention of the Government. The video clip found its way to the Internet through a site called bazzee.com; subsequently, copies were sold via an auction site, and its chief executive officer of American origin was arrested. In the resulting suit, the director of the company was charged for publishing or transmitting obscene material in electronic form under Section 67 of the Act. However, the approach taken by the court, in this case, does not contribute to the determination of the extent of liability of internet service providers and their directors.

Data protection is an important step in the prevention of cyberstalking as in most cases; cyberstalking is worsened in the situation perpetrator gets hold of the victim’s personal information. In the 2008 Amendment to the IT Act, Section 43A was added to include a “body corporate” within its scope, allowing compensation in case a company or firm causes wrongful loss or wrongful gain to any person by way of handling sensitive information and maintaining the security of such. The body will face civil liability under negligence in case “reasonable security practices and procedures” are not followed.

Where a body corporate, possessing, dealing or handling any sensitive personal data or information in a computer resource which it owns, controls or operates, is negligent in implementing and maintaining reasonable security practices and procedures and thereby causes wrongful loss or wrongful gain to any person, such body corporate shall be liable to pay damages by way of  compensation. The Act causes the corporate body to face civil liability under nuisance.

The Act included “Stalking” as an offence under Section 354D of the Indian Penal Code. It is stated that, “Any man who- (i) follows a woman and contacts, or attempts to contact such woman to foster personal communication repeatedly despite a clear indication of disinterest by such woman or; (ii) Monitors the use of a woman by the internet, email or any other form of electronic communication, commits the offence of stalking.” It includes cyberstalking within the ambit of stalking, while some argue that cyberstalking ought to be a separate offence.

In 1999, the United States Department of Justice published a report entitled Cyberstalking: A New Challenge for Law Enforcement and Industry. The report included a differentiation between online and offline stalking. The similarities between stalking in the real world and the online world were that the perpetrators were mostly intimates, the victims mostly women while most stalkers were men and stalkers were motivated by a desire to control the victim. The differences highlighted were the fact that cyberstalking does not require proximity to the victim, electronic communications make it easier for the perpetrator to encourage third parties to harass or threaten a victim and lastly, the technologies enable stalking to take place without physical confrontation.

The Act restricts itself to that stalking which is caused by a man to a woman. Thus, any other type of stalking is not actionable under this law. However, cyberstalking has a large scope which encompasses the multiplicity of users on the internet and thus requires a wider framework to account for such. Working to Halt Online Abuse (WHOA) publishes a yearly report of Online Harassment/Cyberstalking Statistics.

In 2013, it was seen that 60% of victims were female. The report paints an incomplete picture as it only uses completed questionnaires which are filled in by victims who approach the organization. However, it does give a basic idea about the trend of the victims.

Cyberstalking has been mentioned as a cyber-tort and as a cyber-crime. The extent and degree of the act decide whether it is to be actionable in a civil or criminal court. The causes of action for a few relevant torts are stated below, to understand whether cyberstalking could fall into any one of them.

In the tort of assault, it is required that the defendant by his act creates apprehension in the mind of the plaintiff that he is going to commit battery against the person.  An instance of cyberstalking could not come under this tort as to qualify as assault. An act requires the physical presence of the defendant causing an immediate threat to the plaintiff. This would be unlikely in a situation where electronic means of communication are facilitating the act of stalking.

Defamation involves the publication of a statement which directly refers to the plaintiff and injures their reputation. The defamatory nature of a statement depends on upon how the right thinking members of society are likely to take it. If the cyberstalker does publish a defamatory statement, the offence may be actionable.

Nuisance is an unreasonable interference with the enjoyment of one’s land or property which cause damage to the plaintiff. Harassment by persistent telephone calls may amount to a nuisance. Cases of cyberstalking often involve unwanted and incessant communication from the cyberstalker. However, nuisance is dependent on the continuous nature of such communication. A cyberstalker may be threatening or intimidating without constant communication.

Negligence is the breach of a duty caused by the omission to do something a reasonable man would do or doing something which a prudent person would not do, causing damage. Negligence essentially requires the existence of a duty of care, breach of that duty and damages

Negligence can be either a tort or crime depending on the degree. This is similar to the act of cyberstalking. However, in the existing framework, it seems as though primarily cases with grave consequences result in legal proceedings. It is necessary that, even when the consequence to the plaintiff is relatively lesser in degree, the plaintiff may seek a remedy due to the infringement of their legal right as per the legal maxim of Ubi Jus Ibi Remedium, i.e., for every wrong the law provides a remedy.

Therefore, cyberstalking could be classified as both a crime and a tort. There have been laws passed to help protect against this terrifying offence. However, whether these laws will be sufficient in tackling the offence remains to be seen. Most incidents of cyberstalking involve notifying law enforcement to ensure speedy justice. However, when the act is of a lesser degree yet still causes legal injury to the plaintiff, the remedy must be sought in a civil court or  Cyber Appellate Tribunal. The line between cyberstalking as a tort and criminal is hazy in the Indian context, being a relatively new phenomenon. It is a dependent upon the circumstances of a particular cyberstalking situation, and one cannot say prima facie what the correct course of legal action would be by generalizing all cyberstalking incidents. Each one varies in degree, and a more comprehensive law is necessary to enable victims to seek justice.

[2] Discussed in the next section titled “Laws to Combat Cyberstalking” under “Criminal Law (Amendment Act), 2013.”