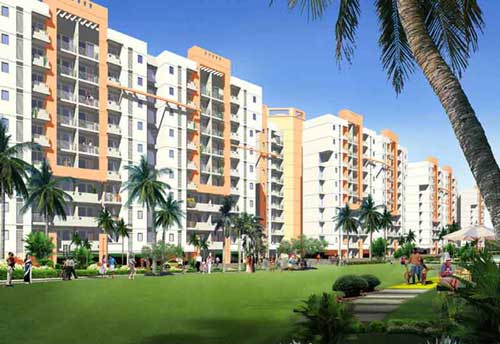 The Competition Commission of India (CCI) has ordered its Director General under section 26(1) of the Act to initiate a probe in respect of the allegation made against the Delhi Development Authority (DDA) of acting in contravention to the provisions of Competition Act. DDA is a statutory body created under the provisions of Delhi Development Act to promote infrastructural and building development in Delhi with the power to acquire, hold, contract and dispose of property. In the real-estate sector the CCI has already passed orders against real estate giant like the DLF imposing a fine of Rs 600 crores for abuse of its dominant position. This will be the first time when DDA will be under the scrutiny of the CCI for its alleged violation of Section 4 (abuse of dominant position) of the Act.

Every enterprise (statutory or non-statutory, public or private) comes under the purview of the Competition Act, 2002. The rationale behind this is to ensure a level playing field for all market players and to make sure thatan enterprise does not get any competitive advantage because of it being a government run body or a statutory body. The Commission has the jurisdiction over every state run enterprise involved in any commercial activity except for those activities which are related to the sovereign functions of the state.

Dominance in terms of competition law means an acquisition of significant amount of market power, which enables the enterprise to increase or decrease the price or limit the productionindependently of the competitors as well as customers. In order to determine the dominant position of a player the commissionlooks into the factors mentioned in the Act under section 19(4). Dominance is not per se anti-competitive but the abuse of dominant position is prohibited by the Act.Whenever there is a contravention of section 4 of the Act, the Commission assesses the relevant market, dominant position of the opposite party (in this case DDA) and subsequently, the abuse of the dominant position.

The informant has alleged that DDA enjoys a near monopoly status conferred upon it by the statute i.e. Delhi Development Act, 1957 in the development of planned townships, colonies or complexes. It is the biggest real estate developer in Delhi and no other developer can match its size or structure. Hence it was submitted by the informant that DDA remains a dominant player in the relevant market.

Abuse of dominant position has been stated under section 4 which contains an exhaustive list of abuses.If a dominant player is found to be indulging in any behaviour listed as an abuse, such behaviour is considered to be anticompetitive. The list includespredatory pricing which can be established against a dominant player if the selling price is below cost and there is intent to oust competitors, unfair or discriminatory conditions in purchase or sale of goods or services and limiting or restricting production of goods or services.

In view of the same the informant further alleged that most of the provisions of the allotment schemewere drafted to benefit DDA and were highly unfair and discriminatory. For example, clause 14 of the scheme stated that the allottee shall pay 15% interest in case of delay of payment beyond three months whereas similar clause for payment of interest was not provided if there was a delay on behalf of DDA in handing over the possession. The clause 17 of the scheme mentions that DDA will not entertain any complaints on the issue of quality of material used or workmanship or any other defect in the construction of the flats, absolving itself of the responsibility. Further clause 9 of the scheme states that DDA will pay only 5% interest in case of delay beyond four months when registration money to unsuccessful applicants was to be refunded.

After hearing the complaint of the informant and after considering the reply submitted by DDA, the CCI concluded has that there exists a prima facie case against DDA and has ordered the DG to investigate and submit its report within 60 days.Order of the Commission can be accessed from here.