The article is written by Prasoon Shekhar, from ICFAI Law School, Dehradun.

In these, either there is knowledge or intention, the only difference lies in gravity and intensity. But, for an offence to fall under the section (304 A), intention and knowledge of causing death[i] should not be there. Section 304A was added in the year 1870 by the Indian Penal Code (Amendment) Act, 1870.

Section 304A i.e, causing death by negligence reads as follows:

The offence under present section is a Bailable, cognizable and a non-compoundable offence.

To understand the section more clearly we take an example: Suppose two friends A and B were sitting in the room. Friend A tells B that he has bought a new revolver and B requests to show the same. In the course of showing the revolver to B, a bullet gets fired which leads to death of B. In the present condition, B cannot be held liable under culpable Homicide or Murder as there is nether knowledge not intention but B can be held liable under Section 304A.

Essentials ingredients of the section

The essential ingredients of the section are as follows:

The section applies when there is a direct connection of the rash or negligent act of accused to the death of the person in question. The act must lead to the immediate cause for the death.

The present section talks of rash and negligent Act, and if the act does not fall within culpable homicide, it falls within the present provision. So before moving further, it is much important to understand the meaning of ‘rash’ and ‘negligent’ act. ‘Rash Act’ refers to an act done in hurry without proper thinking and action. ‘Negligent Act’ refers to a breach of duty imposed by law or omission of anything which a man of ordinary prudence should have done.

Criminal negligence was defined in the case of Bala Chandra v. State of Maharastra[ii], where it was defined as complete or partial negligence or failure in exercising reasonable and proper care and precaution in protecting any particular person or public in general, which would have been essential duty of the accused keeping in mind the circumstances.

In Juggankhan v. State of Madhya Pradesh[iii], Supreme Court held a medical practitioner accused under 304A for discharging a poisonous drug into the body of a patient suffering from guinea warm without even knowing the effect of same. The act of the accused was considered as ‘negligent act’.

‘Rash Act’ can be understood clearly by the case Cherubin Gregory v. State of Bihar[iv]. In this case, a neighbour started using the washroom of the accused. The accused objected, but despite she carried on using his washroom. On one day, the accused placed naked wire carrying electricity at the entrance of washroom and the lady touched the wire and died. Here, the accused was held liable for ‘rash act’.

The difference between rash and negligent act was highlighted in the case of Bhalachandra Waman Pathe v. State of Maharashtra[v], accused was driving his car at a normal speed hit two sisters on the pedestrian crossing in which one of them died. In the present case, the act of the accused was considered as negligent act because he made a breach of duty as imposed by upon him by law. It was his duty to take care of pedestrians while crossing pedestrian crossing. His act was not considered as a ‘rash act’ because the speed of the car was normal and it was morning time and extra care need not have to be taken.

Act not amounting to culpable homicide

For an act to fall under this section there should be absence of both knowledge and intention. In the case of Sarabjeet Singh and Ors. vs State Of Uttar Pradesh[vi],  the question was raised upon the intention of accused. The accused lifted a child and threw him on the ground which resulted in the death of the child. It was found that though his intention was not there, knowledge was there and he was not held liable under 304A (as prayed by his counsel, considering the act as rash act) but he was held liable under 304 (Part II).

Death must be the direct result

An act to fall under this section, the death must be caused as a direct result or in consequence with act of the accused. The principle of causa causans i.e, immediate cause or last link of the chain applies[vii].

In the case of State of Punjab v. Amrit Lal Jain[viii], Amrit Lal Jain, the principal of a school was held liable under 304A because of death of two teachers and sixteen students because of falling debris of adjacent Shyamlal’s building. It was held that the death was not a direct consequence as he had not done repairs since long time and building was in a bad condition. Also, Amrit Lal had removed some soil last year which led to the act. Since it was not a direct consequence, principle of causa causans applied and the accused was acquitted.

In the case of Suleman Rehiman Mulani & Anr v. State of Maharashtra[ix], a person driving a jeep hit a person. Then, he took him up, made him sit in the jeep and took him to a doctor. He refused to give treatment, and directed to go to a different place. But the accused took him somewhere else and the person died. It was found that though the accused was negligent as he had learning license and was driving without a person having license[x], but it was held that hitting by vehicle of the accused was not the direct consequence of the death of the person in question and hence, accused cannot he held liable under 304A.

In the case of State of Rajasthan v. Hari Singh[xii], it was held that only driving at a faster rate do not make out the offence as under 304A. It must be proved that the collision was either mainly or entirely due to the fault of the accused.

In the case of Jagdish Chander v. State[xiii], the accused was driving a scooter and suddenly he took a right turn without looking in the mirror and a truck was coming and he lost his control. He crashed and minor injuries were caused to the lady and some major injuries to his child. The court considered the act as rash and negligent took a turn without paying attention and his conviction was also upheld by the Supreme Court.

In another famous case of Alister Anthony Periara v. State of Maharastra[xiv], a lady driving on Mumbai’s seafront carter road was accused of killing of seven people. The Supreme Court held that although the driving was rash and negligent, the accused must have had knowledge that such kind of act of her could lead to death, only then she will be considered punishable under 304 Part II of IPC and not under Section 304A.

In our country, doctors enjoy the status of second god. If any medical problem is suffered by any of us we refer to a doctor and he/ she cures us by providing relevant medicines or doing the required treatments. In many cases, doctor saves the lives of people. But nowadays, it is a harsh reality that many big hospitals have started making money in the name of treatments. Also, the cases of medical negligence are increasing in which a person is affected because of the negligent act of the doctor or the medical staff. Around 5 million people in India die due of medical negligence every year.

Doctors can be held liable for medical negligence under Consumer Protection Act, 1986, Law of Torts and Indian Penal Code, 1860.

In the case of Indian Medical Association v. VP Shantha[xv], the Supreme added medical profession in the term ‘service’ as under CP Act, 1986.

In criminal law, medical practitioners get the immunities of Sections 87, 88, 89 and 92 of the IPC, 1860, who act for patients benefit in good faith.

Essentials of medical negligence are as follows:

In the case of Parmananda Katara v. Union of India[xvii], the Supreme Court observed that the duty of the doctor is to save lives and courts should assist in the same. Also, the duty of the court is to have a check that the doctors are not being harassed in performance pf their duties.

Section 304A is quite good addition by the policymakers in the Indian penal Code, 1860 as it separates the cases in which neither the intention nor the knowledge of the accused was there but the act causes death. The present punishment under this section is often subject to criticism because of its weaker nature. The Supreme Court, on several instances favoured a harder punishment[xvii] and at it has also asked the legislature to amend the provision. In the present scenario, there is a need of harsher punishment up to a minimum imprisonment of five years as suggested by Law Commission Report. The number of cases of medical negligence is increasing day by day. Although the Supreme Court has framed guidelines for a case of medical negligence to come until 304A[xviii], there needs to be a clear and concise provision for medical negligence; medical courts need to be established where the medical experts should be appointed to assist the judges. 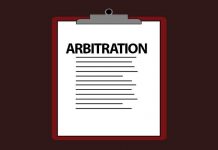 Law of seat or law governing the contract : which would govern the arbitration in absence of a choice 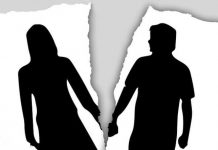 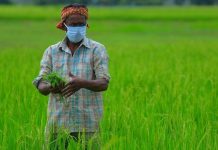 Farmers rights and benefits under the UPOV Act 2001