This article is written by Nancy Patel, pursuing a Certificate Course in Arbitration: Strategy, Procedure and Drafting from Lawsikho.com. Here she discusses “How to decide whether you should go for Arbitration or Court”.

Arbitrability of the dispute is the first issue that needs to be addressed before submitting a dispute to Arbitration, to ascertain procedural maintainability. The Arbitration and Conciliation Act, 1996 does not specify which categories of civil and commercial disputes cannot be arbitrated but empowers arbitral tribunal to decide upon the jurisdiction as the Kompetennz-Kompetenz.

A) Definition of Arbitrability

For a dispute to be arbitrable, there must be arbitration agreement, the dispute must be covered by the said arbitration agreement and dispute must not be exclusively reserved for court for adjudication. Inherently, the question of deciding to submit a dispute to arbitration is a procedural one. It means to decide a forum for dispute resolution subject to the national laws. As currently the law relating to arbitrarily is res Integra, the jurisprudence of arbitrability is still evolving. The Supreme Court in two landmark judgments, Booz Allen and Hamilton Inc. v. SBI Home Finance Ltd and Aiyyasamy v.Paramasivan & Ors showed reluctance in allowing private dispute resolution, where there is an element of public policy involved for instance insolvency, inheritance, criminal cases, consumer disputes, succession, testamentary matters, anti-trust, etc. The Bombay High Court highlighted that arbitrability or non-arbitrability cannot be ascertained by reference to the text of the statute alone but must be determined concerning the nature of the claim made by the parties.

a) All civil court shall entertain all civil suits, unless impliedly and expressed barred;

b) Arbitration Act does not lay down categories of disputes which cannot be subjected to Arbitration;

c) If there is a valid arbitration agreement, judicial authorities will not intervene;

d) The validity of arbitration agreement can be decided by the Arbitral Tribunal as per section 16 of the Act;

e)  And lastly, if any non-arbitrable subject is arbitrated upon, such Arbitral award could be set aside as clarified by sections 34(2)(b) and 48(2) of the Act.

The court is required to distinguish, between the arbitrable and non-arbitrable disputes based on two considerations:

a) To ensure that the matters of public importance are debated and decided by public fora;

b) Encourage the litigants who chose to arbitrate rather than litigate within the policy framework of National laws.

B) Understanding Facets of Arbitrability of Disputes

The Booz Allen and Hamilton Inc. v. SBI Home Finance Ltd have laid down a test of right in rem and personum i.e. rights against particular persons (in personam) are arbitrable but those against the world at large (in rem) are not. However, it is a flexible rule.

Exception to the Arbitrability

According to section 34(2)(b) and Section 48(2) of the Arbitration Act, there are three instances of exception:

(i) Award was induced by fraud or corruption; or

(ii) The award is in contravention with the fundamental policy of Indian law; or

(iii) Award conflicts with the most basic notions of morality or justice.

Therefore there are certain disputes which are reserved exclusively for adjudication in Court and Tribunal.

It is the legislature which endows jurisdiction upon on forum. Some of the disputes are purposely kept outside the purview of arbitral tribunal by the legislature on account of functional set up of the Arbitral Tribunal, sovereign function, welfare statutes such as the Consumer Protection Act, 1986, the Real Estate (Regulation and Development, 2016), Rent Control legislations, Industrial Dispute Act, 1947, inalienable rights, Ergma Ommens effect.

They do not have economic values and they fall within the domain of the sovereign function, hence non-arbitrable.

These disputes do not have economic value, matter such as divorce, custody of a child, maintenance is right in rem, therefore non-arbitrable.

Not all matters relating to insolvency are non-arbitrable.  The dispute between the parties i.e. the debtor and the creditor in personam and can be settled by arbitration.  It is at the stage of enforcement or distribution of assets that the proceedings have an erga omnes effect.

The relief sought will not affect the parties involved alone, but will have erga omneseffect. A duty cast upon the court to preserve the original will in probate cases. Thus, such claims would be non-arbitrable.

All IPR disputes which arise from a commercial relationship between the parties and have an inter partes effect would become arbitrable as they would be claims of economic value.

Incorporation and winding up is the exclusive domain of the sovereign hence excluded from arbitration.

These claims which economic value, are arbitrable however not if they have erga omnes effect.

The Supreme Court in Vimal Shahheld that the disputes relating to trusts, trustees, and beneficiaries arising out of the trust deed and/or the Trusts Act are not capable of being adjudicated by an arbitrator despite the existence of an arbitration agreement in the Trust Deed since the beneficiaries are not signatories to the arbitration agreement. However, the court has erred in applying the Booze Allen Test, as the parties were only selecting better forum and not contracting out of the statue.

The Competition Act, 2002 provides for different kinds of disputes, while some can be brought by third parties, or any person, consumer or association, certain remedies are limited to an “aggrieved party”.

In Aftab Singh v Emaar MGF Land Limited & Anr, the full bench National Consumer Disputes Redressal Commission upheld the idea of in-arbitrability of consumer disputes reaffirming the ratio laid down in National Seeds Corporation Limited v. M. Madhusudhan Reddy.  The consumer courts came into existence because there was an imbalance in the bargaining power between a consumer and the corporation which cannot be excluded by the arbitration agreement.

India wants to be a pro-arbitration, therefore it must find a way to respect the consent of the parties that want to resolve disputes through arbitration at the same them balance it with fundamental national laws and it’s public policy exception. 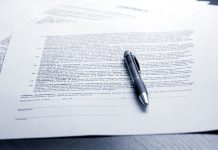 All you need to know about the agent-principal relationship