This article is written by Gitika Jain, from Amity University, Kolkata. This is an exhaustive article which deals with decriminalizing narcotics.

To fight against criminality, the penal law is neither the best nor the unique instrument. Therefore, to limit the application of the penal system the movement which was initiated by the school of new social defence was the beginning point and it expanded its way from 1970 to 1980 which has its effect even today. There were several reasons for the creation and development of that movement:

These reasons had their consequences. On one hand, the movement gave rise to the idea of restricting the control of radicalism in criminalization and on the other hand, many union foundations trust and international society of social difference came into existence and introduced news of abolitionism and alternative measures for a penalty.

The change of social consensus on what are the do’s or don’ts, what’s right or wrong, and what is public or private, were more or less similar to the specific provisions of criminal law. Because of many changes in society, the behaviours and standards of people were also changing and things that were once regarded as a crime were not the subject of penal enforcement guarantee anymore. To accelerate the decriminalization process, the proponents who were willing to reduce crimes considered this activity to be equal to individual freedom.

Decriminalisation was regarded as a negative process by the report of the Council of Europe and that report reminded the action of decriminalization to be negative. The Canadian Council of Correction of Law also stated about decriminalization in a document called the basis of future criminal Cannon of Canada 1976.

There was another document under the title of studies on prison penalty in 1975 by this Commission where the penalty of prison from an economic point of view along with justice and humanity point of you was provided because the economic price of individuals freedom is not merely limited to the maintenance of prison but also the economic principle. Despite two different viewpoints from two different movements one from Gramatica whose intention was to abolish and omit the concept of responsibility, offence, and penalty fully from the society, and the other from Marck Ansel who was determined to frame proper laws of the Penal Code. The above decriminalization movement which was an issue in North America and Europe was the main point of discussion and they announced 3rd July to be the world day of decriminalization.

There are innumerable penal files that are allocated only to the crime of drugs whether directly or indirectly and the majority of them include offenders of drugs. Due to this, the major portion of the work of the judiciary, police, and security in different countries is related to identifying and fighting against the crimes that are related to drugs.

This subject is outstanding and important because of the statistics of the number of addicts and types of social, economic, security, political, cultural, and judicial challenges that are the result of drug production, misuse, smuggling, buying, and selling it globally. Huge efforts have been made to the decriminalization of crimes that involve drugs in western society. The viewers of western writers provide a full proof report of discussion and research on the subject matter of decriminalization of drug crimes and alternative solutions related to it. The writers have even motivated the amended doctrine by putting forward the problem of decriminalisation. Thus, this topic has become an important point of discussion and research and is increasing tremendously.

For this topic to be examined carefully, it is necessary to have a thorough knowledge of the concept of drugs and the relationship between several aspects of it such as crime, addiction, historical background, the global industry of drugs, smuggling, international activities to control drug smuggling, and its impact on criminality. The judiciary on one side directs and supports the view to limit the system of penal justice and on the other side, coordinates the type of mechanism used in place of the penal system to restore justice.

Classification of drugs, their concept, and types

The concept of drugs can be understood as any material which is harmful because of consumption and is misused in society. Consumption of drugs creates a state of thoughtlessness in the minds of the user. Drugs are also termed as narcotic drugs by the World Health Organisation, the drug abuse which has been considered as miss consumption for illegal use of drugs, and the consumption of the same results in a criminal act. Any material except food that has its after-effects on the organic performance of living things due to its chemical nature is known as drugs.

Relationship between crime and drugs

There are three kinds of crime in which the relationship between drugs and crime reflected:

Whenever the subject of a drug gets mixed with any other crime it results in criminal activity and is criminally prosecuted.

Impact of addiction on criminality

The World Health Organisation in 1964 concluded that addiction is not a scientific term and introduced a new term called pharmaceutical dependence. The complex and social phenomenon which is based on the two elements of behavioural and physical dependencies is called an addiction. Thus, according to UN experts addiction is the subject of sociology and the result of constant consumption of artificial or natural drugs. Addiction is involved with two forms of criminality directly or indirectly:

The most effective and important argument from the side of the legislation to legalize the system of drugs is that this would result in the elimination of illegal black marketing associated with drug trading. Additionally, this would also help in moving the problem away from the criminal justice system and the police which would further help in concentrating on more important issues like health.

The revenue which the government would receive from taxing illegal drugs can be used for various other good purposes. Among all, one of the most important and strongest arguments against legislation is that it would all result in an increase in drug usage. Even though there exists an economic burden in society, legal drugs such as alcohol and tobacco are widely consumed. So wouldn’t legalizing the system of drugs result in allowing the criminal activities to raise more in society. Moreover, consumption of drugs is against public morality and is antisocial therefore by legalisation or decriminalization of drugs the judiciary is sending a wrong message to the public at large. Like every other thing, the debate of decriminalizing drugs has also two sides of argument attached to it.

To conclude, it can be stated that just the use of the penal justice system will result in reducing the efficiency of the courts by heavily burdening them with cases. Such a burden will affect the quality of judgement and would result in injustice. Alternative mechanisms to penal justice must be laid emphasis upon. People should be made aware of the fact that decriminalization does not mean absolutely removing punishments for crimes but it means including two stages within itself which would help in reducing the burden of the court and the cost of the society involved in costly penal justice systems. The very purpose of decriminalising drugs in the criminal policies of the west was to make the people believe that for the consumption of drugs no one should be sent to prison but to rehabilitation centres. 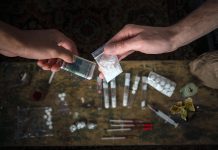 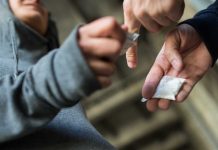 Offences and punishments under the Narcotic Drugs and Psychotropic Substances Act, 1985