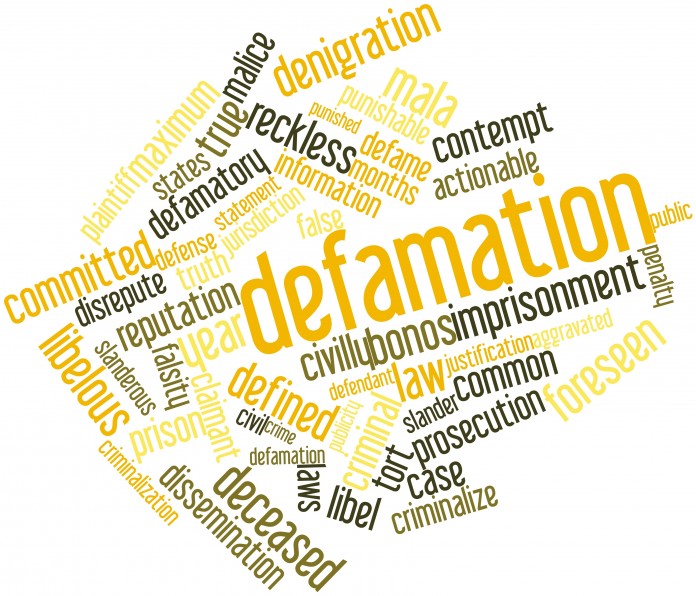 This article on Defamation Laws in India is written by Harikrushna Gohil.

Defamation is oral or written statement that hurts someone’s reputation. In Bhagwad Gita, “For a Man of honour Defamation is worse than death”. It is considered as Great Evil. Reputation is an integral and important part of the dignity of the individual and Right to reputation is inherent right guaranteed by Article 21 and it is also called as natural rights. While Rights of freedom of speech and expression guaranteed by Article 19(1)(a) of Constitution of India is not absolute and has imposed reasonable restrictions for exercising rights in the interest of the security of state, friendly relations with foreign states, public order, decency, morality, contempt of court, defamation. Only Defamation Laws protect individual’s private interest and reputation.

In India, Defamation can be viewed as a civil offence as well as criminal offence and may be defined as the writing, publication and speaking of a false statement which causes injury to reputation and good name for private interest. The remedy for a civil defamation is covered under Law of Torts. In civil defamation, a victim can move high court or subordinate courts for seeking damages in the form of monetary compensation from accused. Section 499 and 500 of the Indian Penal Code provides an opportunity to the victim to file a criminal case for defamation against the accused. Punishment for the guilty person for criminal defamation is simple imprisonment which may extend to two years or fine or both. Under the criminal law, it is bailable, non-cognizable and compoundable offence.

In some countries, defamation laws are not criminal laws. Therefore, whether section 499 & 500 of IPC is constitutionally valid? Recently, the Supreme Court in Subramanian Swamy v. Union of India upheld constitutional validity of defamation laws and ruling that they are not in conflict with the right of speech. Apex court also said that one is bound to tolerate criticism, dissent and discordance but not expected to tolerate defamatory attack.

Elements of Defamation and its exception

Defamation statement must be in a spoken or written or published or visible manner and must be false and injured directly or indirectly to the reputation of an individual or his family members or caste and lowers the moral of the victim and statement is unprivileged statements. Following Statements can’t be considered as defamation

Click on the below mentioned links to get more insights:

A Simple Guide to Understanding Civil and Criminal Defamation

Can Any Product Be Named After A Celebrity Without Obtaining Any Prior Permission?

Society’s consent in marriage of two consenting adults : a growing issue in India