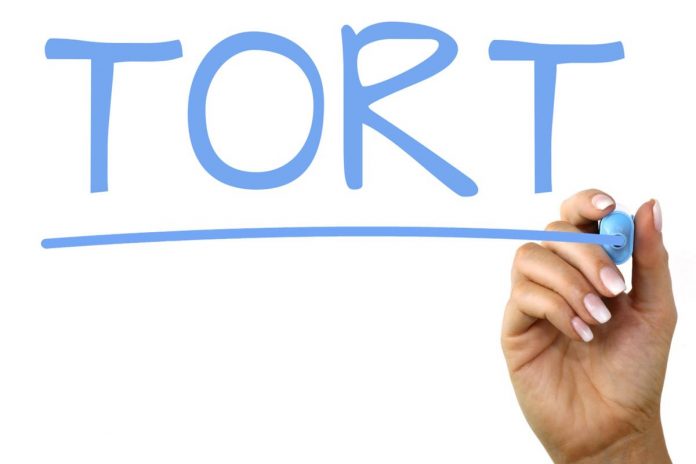 This article is written by Shubham Choudhary of The West Bengal National University of Juridical Sciences, the author had discussed the various definitions of torts and what are its different characteristics. According to Salmond “Tort is a civil wrong for which the remedy is a common law action for unliquidated damages, and which is not exclusively the breach of a contract or the breach of a trust, or other merely equitable obligation

Winfield defines torts as “Tortious liability arises from the breach of a duty primarily fixed by law. This duty is towards persons generally and its breach is redressable by an action for unliquidated damages”

Pollock’s contribution to the definition is “tort is an act or omission (not merely the breach of a duty arising out of personal relations, or undertaken by a contract which is related to harm suffered by a determinate person, giving rise to a civil remedy which is not an action of contract”

Faeser defines tort as “Tort is an infringement of a right in rem of a private individual giving of compensation at the suit of the injured party”.

Peter Bricks contribution in defining torts is “The breach of a legal duty which affects the interests of an individual to a degree which the law regards as sufficient to allow that individual to complain on his or her own account rather than as a representative of society as a whole”.

Keeton and Keeton in their book define torts as “Tort law is a body of law concerned with granting or denying claims of individuals or impersonal legal entities against each other for the award of damages or other forms of legal reliefs”.

American Jurist Edward Kionka writes “Tort is an elusive concept (and) has defied attempts to formulate a useful definition. The one common element is that someone has sustained a loss or harm as the result of some act or failure to act by another. Tort is perhaps the least bastion of the common law. Tort law remains uncodified and in large part unaffected by the statute”

One among the Common Law countries, the Supreme Court of Canada took a holistic approach in the case of Hall v Herbert, “It is difficult to define the nature of tort. Indeed, one of the greatest writers in the field, W.L. Prosser has expressed the opinion that it should not be defined.

Perhaps it is the easiest to begin by saying what it is not.

A tort is not a crime. Although criminal law and tort law grew from the same roots, they are today quite distinct and different. Criminal law is designed to provide security for the citizen of the state. It attempts to define that conduct which society finds abhorrent and therefore necessary to control. Those who commit crimes are prosecuted by the state and are subject to the punishment which reflects the state’s or society’s abhorrence for the particular crime.

Nor is the law of torts contractual in its nature. Contract Law seeks to enforce the rights which arise out of an agreement whose parties have voluntarily agreed to be bound by its terms. The law of contract seeks to enforce the terms of the agreement specifically or provide compensation for its breach. Nor can torts fall under the title of quasi-contractual relief. That remedy seeks to prevent unjust enrichment that might, for example, arise out of payment of money under a mistake. The law of tort covers a much wider field than does contract. It provides a means whereby a compensation, usually in the form of damages, may be paid for injuries suffered by a party as a result of the wrongful conduct of others”.

Section 2(m) Limitation Act of 1963 defines torts as “Tort means a civil wrong which is not exclusively a breach of contract or trust”.

In the book Street on Torts by John Murphy and Christian witting, a beautiful attempt was made to define Torts as “Tort is that branch of civil law relating to obligations imposed by operation of law on all natural and artificial persons. These obligations, owned by one person to another, embody norms of conduct that arise outside the contract and unjust enrichment. Tort enables the person to whom the obligation is owed to pursue a remedy on his own behalf where a breach of a relevant norm of conduct infringes his interests to a degree recognized by the law as such an infringement.”

With these definitions from the pioneer in their fields a common notion can be drawn as there should exist a right of a person and that legal right has been breached by an another and person whose right has been breached has a legal remedy in a court of law.it is also been elaborated upon how it is different from other law including law of crime and contracts law.

What put torts law outside the box is the unlimited scope and ability to keep on evolving from time to time according to the needs of the society.

A tort is a civil wrong: One must be aware that there are two types of wrongs: Civil and Criminal wrong. Tort comes under the purview of civil law and its wrong is known as a civil wrong. The distinction becomes important because unlike in criminal law there is no punishment in civil laws and matter is to be sued by a person himself and is not sued by the state further the compensation is granted in for of unliquidated damages which is not the case in criminal law.

Such as when a person contracts with another person and one of the parties has breached that contract, then the person of whose contract has been breached can only sue the person who has breached the contract. This is known as Right in persona i.e. one can sue to one whom he has contracted.

On the other side, every person has the right to the enjoyment of his own property and any person who has violated or infringed he will be sued and liable to pay the compensation in the form of unliquidated damages. This is known as right in rem which is available against the whole world. This way the tort law in right in rem and is available against the whole world. There is no need for any pre-existing relation, the only requirement is the existence of right and that right has been breached by a person.

Right in rem is not specific to any particular individual, which is the beauty of the Law of Torts, one can sue a person who has breached a right with no relation at all.

Torts deal with cases related to legal rights: It is fair enough that tort deals with an only violation which is in relation to breach of a legal right. Though a person may economic or social loss but if it hadn’t breached any legal person won’t have any recourse in court under tort law. Covered under this characteristic there are two famous cases elaborating the topic. The first of this is Gloucester Grammar School case, in this case the defendant has opened a school in front of already established school which resulted in a decrease in the revenue of already established school, but the already established school have no recourse under Law of torts though there has been economic loss to the established school but there is no violation of any legal right, hence cannot be held liable under torts law, the following case is adequate representation of Maxim Damnum Sine Injuria where there is damage to the party but no legal injury has been done which means no violation of any legal right, hence damage or loss without any legal loss. Thus, the court will not be able to take any action against it.

The exact opposite of the following Maxim is Injuria Sine Damno where there is a legal injury to the party but no actual or physical harm to the party. This way the party will have recourse to court and seek damages even when they haven’t caused any damages. The most case of the subject is Ashby v. White, in this case, a person was stopped from voting despite his name on the voters list and proof of identity but the person whom he wants to win has won the election hence no loss caused to him but his legal right was violated, hence he was entitled to damages and compensation.

These differences are owing to the nature of law and the objective that they fulfil in the society, such as criminal law wants to create deterrence in the society so it recommends punishment so that it can be set as an example in the society and no one should think of doing it again. Similarly, in contracts law, the purpose is business fulfilment or shape a particular transaction, so they have damages in their requisite forms such as special performance or pre-calculated damages. So is the case in torts law, the case is to restore the parties in their original position owing to this reason the remedy is given in the form of compensation so that the party can be restored to the original position.

Rights are to be fixed by law: To claim a remedy for the violation of rights, the rights should be recognized by the government. These rights can’t be self-declared rights for his own purpose, nor these can be based on the previous consent of the parties. The right should be acceptable by the government and these rights changes according to the needs of the society. The government should recognize there exist duty on the defendant which he has failed to do and caused breached and that breach was proximate for the loss caused otherwise the claim will fail to sustain.

Law of Torts is totally based on precedents: Though precedents play an important role in the development in any law, but in the case, the law of torts is the only source of law. There is a statute or act that specifically deals with the Law of torts. Through this characteristic, the judgements of common law become an important and only source that recognizes these rights as a subject of law.

Torts law is uncodified: Codified laws are laws, which have written statutes and acts on that subject and changes take place by the process of amendment in the parliament , it can be distinguished from uncodified laws which don’t have any written statutes or acts and have to rely on precedents and case laws and change can be possible without the intervention of the government. Thus, the law of torts is totally based on precedent and developed through different case laws, it can be healthily said that law of tort law is uncodified unlike Criminal law and Contract law which are completely codified, and precedents don’t play a major role that it plays in Laws of Torts.