This article is written by Shreya Tripathi of Banasthali Vidyapith, Jaipur and here she is discussing delegated legislation and the controls related to it.

According to M.P. Jain, “ the term is used in two different senses:

Delegated legislation is generally a type of law made by the executive authority as per the powers conferred to them by the primary authority in order to execute, implement and administer the requirements of the primary authority. It can be said that it is the law made by any person or authority under the power of parliament. It is also known as subordinate legislation in administrative law. It allows the bodies beneath the primary authority or legislature to make laws according to the requirement. Through an act of Parliament, Parliament has full authority to permit any person or authority to make legislation. An act of parliament creates a framework of a particular law which tends to be an outline of the purpose for which it is created. The important object of this is that any legislation by such delegation should be according to the purposes as laid down in the act.

For example, the local authority has power conferred by the superior one to make or amend laws according to the requirement of their respective areas. The delegated legislation plays a very important role as the number of them are more than the acts of the Parliament. It has the same legal standing as the act of Parliament from which it is created.

There are three forms of delegated legislation i.e., statutory instrument, orders in council and by-laws.

They are the one which is formed by the government. For example – a parent act is an act which permits the parliament for making the law. Orders in the council are generally made by the government when there is a need and it can affect the public at large as well as an individual.

They are created by the local authority which is approved by the Central Government. There are many reasons for the delegation of the legislature. The parliament does not have that much time to deliberate and debate about every topic. Therefore, delegated legislation helps in making laws rapidly than the Parliament and the procedure of the Parliament is also very slow as the bills for every law needs to pass from every stage. Further, it is also believed that the Member of Parliament does not possess the technical ability which is required to make law.

For example – making any law regarding taxation requires knowledge as well as experience which can be done by the person who is professional in that field. In the case of welfare purpose, the local authority can understand the needs of the people in his area more effectively than others.  The democratic bodies have many important powers for the delegated legislation which can be easily used for updating the legislation according to the requirement which leads to social welfare.

In the case of Narendra Kumar v. Union of India, it was held by the Supreme Court that the provision under Section 3(5) of the Essential Commodities Act, 1955, which explains that any rules framed under the Act must be presented before both the houses of the Parliament. Therefore, clause 4 of Non – Ferrous Control Orders, 1958 has no effect until it is presented in the Parliament.

There are a number of rules in the area of judicial control over the delegation of legislation which is laid down by the judiciary.

In Chandra Bhan’s case, it was held that the delegation of legislation must be reasonable and should not suffer from any unreasonableness.

To have a better understanding please go through the attached PowerPoint Presentation. It has a better version of explanation about the Control Mechanism of Delegated Legislation.

Factors responsible for the rapid growth of Delegated Legislation

And so, therefore for immediate and suitable actions to be taken there has been an immense growth of delegated legislation in every country and being that important and useful it becomes a non-separable part in the modern administrative era.

Power to bring Act into Action  As it is already given that in a specified date this Act will come into force prescribed by Central or State Government by giving a notice in the Official Gazette.

In A.K. Roy vs. Union of India, case Supreme Court held that executive has the power to bring the Act into force and it should not be excessive in delegated power of legislation. So, here the court rejected the contention that the power was excessive in nature as per prescribed. It was practically difficult for enforcement. Therefore, power is given to the executive authority to decide the date of enforcing the act.

Conditional Legislation the rules are framed or designed by the legislature but to implement or enforce it, is done by the executive organ, so executive has to look that what all conditions need to be fulfilled to bring it in operation. If all conditions are satisfied then it is well and good otherwise notice will be issued to bring the law into operation and it is known as Conditional Legislation.

Condition legislation is of following types

Power to fill in the blanks of the format – A rough format is prepared by the legislature and pass on to the executive to fill up with all the necessary blanks or elements needed by the subordinate legislation.

Power face in removing difficulties – Power to modify the statute maybe given to the government by removal of difficulties clause.

There are three kinds of Control given under Delegated Legislation:

It is a fact that due to a delegation of power and general standards of control, the judicial control has diminished and shrunk its area.

In India “Parliamentary control” is an inherent constitutional function because the executive is responsible to the legislature at two stages of control.

In the Initial stage, it is to decide how much power is required to be delegated for completing the particular task, and it also observed that delegation of power is valid or not.

Laying is an important and essential aspect under direct control and it is laid down as per the requirement which means that after making the rule it should be placed before the Parliament. It includes three important part as per the degree of control needs to be exercised.

And “test of Mandatory” & “Test of Directory” are two main test.

Test of Mandatory – Where the laying demand is a condition pattern to guide the rule into impact then in such a case laying need is mandatory.

Where the provision is mentioned that the rules should be drafted in a particular format then it becomes mandatory to follow the format.

Test of Directory – Where the laying need is next to enforce the rule into operation then it will be directory in nature.

This is a control exercised by Parliament and its committees. Another name for such type of committee is Subordinate legislation. The main work of the committee is to examine

There is no particular procedure for it until the legislature makes it mandatory for the executive to follow certain rules or procedure.

To follow a particular format it may take a long time which will definitely defeat the actual objective of the act. Hence, procedural control means that under Parent act certain guidelines are given which need to be followed while  whether it is mandatory or directory to follow it or not. It includes three components:

It can be either Mandatory or Directory, to know, certain specified parameters are given:

And these four parameters were given in the case Raza Buland Sugar Co. vs. Rampur Municipal Council.

Judicial review upgraded the rule of law. The court has to see that the power delegated is within the ambit of the constitution as prescribed. Judicial review is more effective because court do not recommend but it clearly strikes down the rule which is ultra vires in nature. As per Section 13(3)(a) “Law” is defined under the  Constitution of India which clearly indicate that State should not make any law which abridge the right given in Part iii of the Constitution. It is dependent on two basic grounds:

If in India, Parliamentary control overlaps the delegated legislation then it is mandatory that the committee of parliament need to be strong enough and separate laws should be made and passed which give a uniform rule for laying down and publication purposes. A committee must contain a special body to look on the delegated work whether it’s going in the right direction and effectively or not. All the three organs should focus on their work and do not interrupt unnecessarily to prevent chaos in the system. 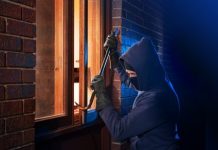 Section 511 of IPC: A crime inside an Offence