This article is written by Ashika Jain and Lakshay Garg, from GNLU, Gandhinagar, Gujarat.

The drone technology has startled the world with its tremendous growth which can be witnessed around the globe. Earlier seen only as a surveillance device, it is now being put to use in various facets- from being used to transport medical equipment to delivering food items and cargo. India, vis-à-vis its global counterparts has suffered major setbacks because of its restrictive policies concerning the use of drones for civil purposes. However, the aviation ministry showed a green signal when it invited applications for conducting Beyond Visual Line of Sight (BVLOS) experiments of remotely piloted aircraft last year. Although the real plan was to spend more time in the testing phase, the present situation in the world demands that the process should be accelerated and drones should be used for civil uses in a practical manner. Owing to this fact, the ministry selected companies like Zomato, Swiggy etc., to carry out tests (see here) in the supervision of pilots. To get clearance, these companies have to clear a regulatory requirement of 100 hours of flight time by September 30, 2020. Commercial Giants have argued that this is the perfect time to give a green signal for drone operations in the commercial sector. This however, premeditated certain steps that shall be taken by the regulatory authorities to safeguard the public from the misuse of this technology.

Future of Drone Technology in India

The drones have potential to completely transform business models and knuckle down societal issues around the globe. Their efficacy is being appreciated during the global pandemic as they are being used to reach places and areas which are ordinarily difficult to reach. Worldwide, authorities have used drones to tackle a number of emergency situations. Ireland, for instance, has come up with the world’s first aerial delivery-Manna Aero’s – for delivery of medical health care in the country. It uses a zero human contact delivery-based system, which is beneficial particularly in the light of the pandemic.

India has abundant human resources which are highly proficient and creative. A staunch workforce in the technological sector makes India a consistent performer capable of taking this technology to its pinnacle. According to Inc42 DataLabs, at least 50 Drone start-ups were looking forward with a designated plan in the future which were capable to eradicate blood-borne illnesses, assist city planners in mapping urban environments (with cost-effectiveness and precision) and deliver fast food to local communities in a safe and a well-grounded way.

The nation is gradually making progress in this area, with not just public sectors, but also the private players investing in it. Public-private sector partnership is crucial for successful application of this technology. An experimental World Economic Forum initiative, Medicine From The Sky, in partnership with the state govt. of Telangana and Apollo hospitals in India,  provided a model for scaling drone-based medical deliveries in South-Asia and proved the potential of this technology.  It also proved that the country’s healthcare sector can thrive by large scale deliveries of blood, long-tail medicines and even organs in real time if this technology is used in its true potential.

Actions taken by other countries around the globe

Over the past few months, the socio-economic lives of the people have been baffled due to the health emergency. It changed the most basic things, such as the way we used to greet each other, our social gatherings, and the mode of education, work culture etc. To return to normalcy, Fourth Industrial Revolution technologies such as use of drones are needed to be developed in order to attain a flourishing, future-oriented economic system.

Countries like China and the U.S have made use of the technical know-how and have worked extensively to develop drone technology. Here are some of the uses for which these countries have deployed the drones.

COVID-19 and the need to upgrade to drones

India, however, is on its back foot because of banning the commercial use of drones earlier. However, major companies have successfully displayed their readiness to use the drones for deliveries etc. after the ban was lifted. In the backdrop of the health emergency, it is barely a matter of surprise when one claims that this is the best time to unravel the manifold uses of this technology.

Bridging the gap before permitting commercial use

Despite formulating new guidelines under the Drone Policy 2.0, concerns about legal and ethical issues continue to be voiced regarding the use of this technology.  A myriad of approvals and clearance to avail license makes it a cumbersome process and may discourage applications because of the same. Privacy and safety concerns have not been addressed with precision. This may result in a huge backlog of cases, a problem being reported in other jurisdictions too. Allowing night operations of the civil remotely piloted aircrafts (RPAs) may further aggravate unethical activities like corporate espionage, trespassing, surveillance, or even drug supply. Given the modus operandi of the drones, people may not even know that their privacy is being infringed.

Therefore, certain changes are required to be made in this sector before fully opening it up for commercial usage. A comprehensive plan for airspace management and infrastructure required to control and manage drones needs to be developed.  Regulatory mechanisms governing multiple drones flown by one operator and drones flown beyond the operator’s line of sight need to be put in place in order to prevent ambiguity and chaos. A Decalogue shall be developed at the Central level, in order to avoid inconsistencies and chaos in the future. Merely asking the users to “ensure privacy norms are not compromised” barely helps in resolving privacy issues.

Despite taking big steps in this niche area of technology, India continues to struggle when it comes to implementation of its strategy. This foot-dragging is likely to affect the growth of this sector, with foreign companies solidifying their hold worldwide as well as in India. With the aviation ministry rolling out new rules which again prohibit the use of drones for deliveries, we have once again moved two steps back. The drone delivery system is not just a global venture that India shall explore, it is also the need of the hour in the backdrop of the COVID-19 pandemic. Thus, it is quintessential for the Aviation Ministry to act with promptness and initiate welcoming changes in this sector. 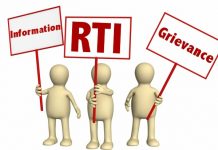 Layman’s guide to the Right to Information Act, 2005 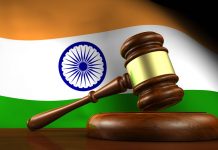 The Right to Information Act and e-governance in India 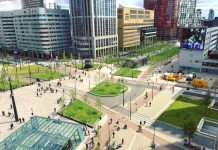 Impact of CSR – an opportunity or a hindrance