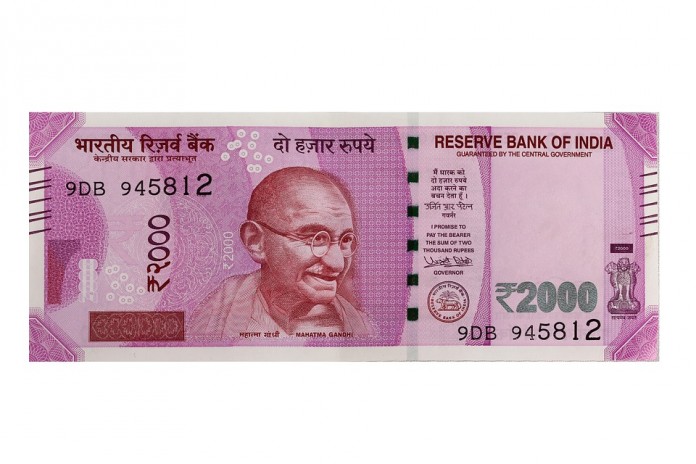 This article on legality of demonetization of currency notes in India is written by Ali Waris Rao.* He is currently pursuing a law degree from Jindal Global Law School from O.P. Jindal Global University. Prior to this, he obtained a Bachelor’s degree in Political Science from Hindu College, University of Delhi in 2014. His areas of interest include corporate law, constitutional law and public policy.

The current initiative of the BJP-led government to declare certain currency notes to be no longer a valid legal tender has been questioned of late. The very reason behind the introduction of the said scheme has been to eradicate corruption and counter terrorism. Although, the introduction of the said scheme is a great initiative, but the question that one needs to ask oneself is the manner in which the scheme has been executed by the government. Another aspect that needs to be dealt with is that, initially it was launched as a suitable measure to curb the issue of black money in India. Nevertheless, since then the justification has shifted from eradicating corruption to transforming our nation into a cashless economy. The disorderly implementation of demonetization has been witnessed at banks and ATMs which are perpetually out of money, the corporations enduring extreme losses, and the loss of wages and resources of the poorest (Gopalkrishnan, 2016). Also, the general population (several commoners) who are believed to have died standing in those serpentine queues (The Wire, 2016), the shock of having lost their cash, whose extreme cause lies in the ill-equipped and improper manner in which demonetization has been unleashed.

The greatest impacts of demonetization on the Indian economy are far from being obviously true. There are, in any case, issues that have been brought about the way in which demonetization has been notified by the Executive. A few petitions have been filed in the High Courts and in the Supreme Court also, challenging the Constitutional validity of demonetization or its facets. No final decision has been rendered till now, yet in the event that the approach of the Madras, Karnataka and Bombay High Courts is anything to go by, the Courts appears to be hesitant to interfere in the process. While the Supreme Court made a couple of observations about the troubles being confronted by individuals as an aftereffect of demonetization, it has not ventured in either.

This does not imply that there are no legitimate issues with the present demonetization framework. The petitioners questioning it have scrutinized the legality of the way in which it has been done, the specifics of certain moves and the violations of rights it potentially entails (Alok Kumar, EPW 2016). These require some genuine discussion and deliberation, not only with regards to demonetization, as well as for what it informs us concerning the condition about the state of the rule of law and the present government in our country. Through this article I will discuss the legitimacy of the move put forth by the present government.

Questioning the Legitimacy of demonetization

Under Section 26(2) of the RBI Act, the government has the power, in consultation with the Reserve Bank of India (RBI), to proclaim “any series” of notes of any denomination to no longer be a legal tender. It has been raised by a few petitioners that the said power cannot be exercised to proclaim all series of a note to never again be a legal tender. A bare perusal of Section 26(2) of the Act shows that the government has the power to demonetize through a notification. Nevertheless, the central issue is whether the government can pronounce that “all” banknotes of at least one or more denomination shall cease to be legal tender. This usually depends on how one interprets the term “series” and “any” pursuant to Section 26(2) of the Act. The contention that “any” does not signify “all” is not legally sound. The interpretational contention – that “any” can’t signify “all” – finds no support in the canons of statutory interpretation or in settled Supreme Court precedents. The Supreme Court in various cases has interpreted the term “any” to signify “every”, in view of the specific situation and the subject matter of the law. For instance, in L D A v M K Gupta (1994) and in S.K Mohammed Omer v Collector of Customs (1970), the Supreme Court has held that the expression “any” incorporates the term “all”. “Any series” pursuant to Section 26 of the Act ought to, in all conditions, incorporate “all series” of a given group or denomination and there is no other section in the RBI Act or in any other law for the time being in force which obliges it to be given a more limited interpretation.

Additionally, shouldn’t something be said about the constitutional contention that demonetization essentially requires a law to be passed by the Legislature?

Under the present demonetization regime, there is no legitimate preclusion against accepting or offering Rs. 500 and Rs. 1,000 notes. It just implies that it is not illegal to decline to acknowledge such notes. The matter has, however, been confused by various “exclusion” clauses under various notifications issued by the government from time to time. Under the Indian Constitution, certain things must only be implemented by a law made by the Legislature. For instance, fixing the salaries of the judges, limitations on the right to life and property, etc. This does not infer that everything that the government does naturally require a law made by the Parliament, and positively not demonetization.

The next question that comes to my mind is the legitimacy of restrictions on cash withdrawals. On the off chance that the government has the ability to pronounce that banknotes might cease to be legal tender under Section 26(2) of the Act, then it ought to likewise have the ability to do other ancillary things to make demonetization work. Thus, imposing such restrictions, in my view will be valid. To contend otherwise would render the government’s power under Section 26(2) futile. Given the money crunch, these restrictions will guarantee that all depositors can get adequate money for their essential needs. All things considered, inquiries can be raised about how reasonable these limitations are. The more prolonged these limitations are the more solid will be the contention that they are irrational or capricious.

Right to Property – is it violated by demonetization

Under Article 300A of the Indian Constitution, the state may deny a person of property only in accordance with the authority of the law, i.e., by an Ordinance or an Act of Parliament. The Supreme Court is of the view that even a temporary deprival of property can constitute deprivation as per the meaning of this provision. The government’s inability to issue an Ordinance (since Parliament was not in session at that time) to extinguish its obligation to the general population in this way denying them of their property impermissibly disregards Article 300A of the Indian Constitution. Obviously, regardless of the possibility that the demonetization had been sanctioned by an Ordinance, the Court would still inquire and investigate if it met an essential public purpose and whether the individuals who were denied of their property were equitably reimbursed.

More so, the phenomenal hardship brought about by the demonetization ordinance has affected fundamental rights to trade, business and livelihoods of vast segments of the population and even the right to life of the individuals who have died because of standing in queues. While the government may “reasonably” limit such rights of the general population considering a legitimate concern for the overall population, the weight is on the Legislature to demonstrate that such restrictions are reasonable. The test of reasonableness is whether the measure was important to accomplish the stated policy goals of the government, and whether less unsafe, less destructive options were accessible. In Saghir Ahmad v. State of UP, the Supreme Court held that the reasonableness of a law must be evaluated in terms of its “instant effects” on the general population. Dissimilar to the 1978 demonetization practice that affected just 1% of money held, the current demonetization measure seeing that it impacts an expected 84-86% of total currency had serious punitive consequences for the vast sections of the society, day to day breadwinners, those without bank accounts, those subject to the informal cash economy for the significant source of their trade and employment. In my view, the notification is illegal for violating their fundamental rights under Articles 19 and 21 of the Constitution of India.

While the government may contend that such a classification is important and reasonable to accomplish their stated policy goals of eradicating unaccounted cash, seeing that the government neglected to assure that 100% of the population had bank accounts before the issuance of this notification, the classification might be challenged on the grounds of arbitrariness and hence, violative of Article 14 of the Constitution of India.

Another aspect that I would like to reflect upon is that presently the focus is now being shifted to a digital economy. Likewise, the thrust is more on encouraging electronic payments. This will further push hackers to become more proactive. There have already been many incidents of various bank account holders reporting loss of money from their digital cash wallet schemes by withdrawal without their knowledge of the same. How the government proposes to tackle this issue is a larger question that needs to be answered? In a country where the educated and the elite face unending troubles in withdrawing their money, then how can we expect a villager with little or no education to use e-banking services to enable transactions?

While the demonetization exercise carried out by the government is most likely legitimately stable, the way in which the government has reacted to events subsequently has been turbulent and misplaced. The notifications with changing rules and new preclusions cause confusion, as well as undermine the rule of law of the nation. This, in my view, is wholly impermissible. This measure is not only a transgression of the “rule of law”, but rather enslavement of individuals to the impulses of the rulers and smothering their lives without their assent (Dicey, Rule of Law). The daily demonetization declarations, ill-considered as they seem to be, likewise indicate a fundamental rundown in the rule of law.

We live in a nation administered by the rule of law, and not by a few individuals. The goals of the demonetization exercise might be praiseworthy, whether the said notifications will accomplish those stated policy goals is easily questionable. In any case, as it exists, the demonetization notification, in my view is unlawful and illegal.

Prabhash Ranjan (2016), “To What Extent Is Demonetization Legal,?” The Wire, 30th November.

Gopalakrishnan, Shankar (2016): “Demonetization Is A Permanent Transfer of Wealth From The Poor To The Rich,” The Scroll.

A.V Dicey, The Principles Of The Rule Of Law.