This article is written by Gitika Jain pursuing BBA.LLB(Hons) from Amity University, Kolkata. This is an exhaustive article which deals with denial of entry in public places.

Our Hindu society has always been characterized by the hierarchy of castes. On one hand, there are four main castes and on the other hand, there are those who are without a caste. The latter group is often termed as untouchables. These are those groups from which no dominant caste would accept any food or water and are required to live in the outskirts of villages in the southern part of India. The Constitution of India includes groups of provisions that relate to the right to equality. Article 14, 15, 16 are some of them. We will particularly be dealing with Article 15 which provides for protection against any kind of discrimination that prevails for people who are denied access to any public place. Equal access to the public area and social equality is something that has been granted by Article 15 of the Constitution.

Article 15 of the Indian Constitution states that no person who is a citizen of India shall be discriminated on grounds of religion, race, caste, sex or place of birth and all persons must have equal access to any public places like public transport, bathing ghats museums, public park, etc. For social equality, the State may also make special provisions for all the socially or Educationally Backward Classes or Scheduled Caste or Scheduled Tribes and also for women and children. Article 15(2) grants access to all public shops, restaurants, places of public entertainment and hotels, or any place that is maintained by using the general public fund. Therefore we can say that whoever being a citizen of India is denied access to any public places in India are protected under Article 15(2) of the Constitution of India and have the right to raise voice against such discrimination.

The Fundamental Rights are provided in the Constitution of India to protect all the basic human rights of citizens of India subject to some limitations. One of these Fundamental Rights is the right to equality. It refers to providing equality by-law to anyone who is the victim of discrimination on any of the grounds like race, religion, caste, place of birth, sex. It also includes protection on matters of the abolition of untouchability, the abolition of titles, and employment. Articles- 14, 15, 16, 17, and 18 of the Constitution of India deal with the right to equality exhaustively. We can also assume that this fundamental right is the pillar of all the other rights provided in the Indian Constitution.

Article 15 of the Indian Constitution guarantees every citizen of India equal access to public areas and right of social equality that is there shall be no discrimination on the grounds of language, caste, race, and creed. However, this article applies to all the citizens of India. Social equality in the true sense means that everyone should be treated equally and have equal opportunities no matter what they have or who they are. In the case of GM Southern Railways v. Rangachari 1961, it was held by the Honourable Supreme Court that Article 15(4) of the Indian Constitution is an exception to Article 15(1). However, in DP Joshi v. State of MB 1955, it was held that a law that discriminates based on residence is not held to be valid under Article 15(1). This was a case where the State medical College required a capitation fee from non-Madhya Bharat students for admission. This rule was held to be an exemption and was held to be non-violative on the grounds of residence since Article 15(1) talks about discrimination based on place of birth and not residence.

Denial of entry in malls

There was a case in Kolkata where there was a policy in the Mall named “No Pant, No Entry”. The mall was called Quest mall where a filmmaker Ashish Avikunthak was denied entry because he was wearing dhoti. That case raised a question if a mall was a public space or a private space. There have been various arguments going on since then. Some say that a mall is privately owned by some person. It can decide its admission policy while others argue that since a mall is open for all, it is a public space and cannot decide the admission policy. This case also raised the question in many people’s minds that if there are Constitutionally provided rights given concerning the entry into the temple, then why the nature of a mall and it’s admission policies is still an ambivalent question.

The legal definition of public space in India has been discussed in the context of the Motor Vehicle Act, 1988 where Andhra High Court defined public place under the Act that it includes any place which is used by the members of the public to which they have the right to access. The court also stated that the right to access can be limited, regulated, or permissive by oral or written formation by any sort of ticket, passes or, batches or any payment of fees. What must be included in the definition of public space is that it must be accessible to the public for their enjoyment and other purposes. Another Act can be referred to find out the definition of public space that is Cigarettes and other Tobacco Products Act 2003 where the Supreme Court defined this particular term. The term public place is defined as a place that the public has access and there any general public can visit that can be an auditorium, railway waiting room, amusement centre, public office, canteen, bank, clubs, malls, restaurant, etc.

The Mall is included in the definition under Section 2(d) of this Act. So if this act is taken into consideration to find out the definition of public place it can be termed as a place where smoking is prohibited so a mall is a  public space and there is no debate about that. The other argumentative topic is the regulation of the accessibility of public space. There are differences in access ability of public space in restaurant shops, club theatre, and a mall. The accessibility in the case of the former depends on the payment of a certain amount of money. Accessibility can be denied in case of the above if a person does not pay an entry fee or an amount for the services. However, in the case of malls, there are no such rules that the malls in the public at large without any fees to enter. Thus it can be said that the disallowance of a person based on what he wears while entering a mall is not a ground to deny the entry of that person.

Things one can do if one is denied entry in a public space:

Denial of entry in temples

This has been one of the most controversial topics in Indian history and is still going on. The Indian social structure has been such that the upper castes maintain some distance from the lower caste people. This practice unfortunately is being practised at the place of worship even. This is the cruellest and inhuman activity people nowadays carry which to some extent has reduced but is still prevalent in some parts of India. The main purpose behind the construction of the temple was to facilitate social integration and the spiritual development of the people. When the practice of forceful entry by lower caste into the temples was made, social conflicts arose. So bad was the condition at that time in the past that people started believing that they were left with an unwritten Constitution for any sort of ethics and norms being practised in the name of religion. Some of them can be:

Since the time of human civilization, the concept of human rights has evolved. Though various steps have been taken to mitigate the practice of denial of entry to the general public in certain public spaces, still there are various parts of the State in India that practice the same and this practice needs to be discontinued as immediately as possible and for that, all the public in general and the government should frame laws to protect people from such discrimination and discontinue such practices. 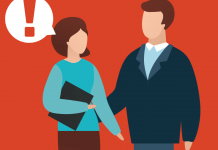 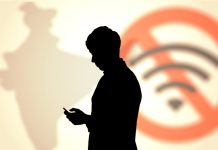 The human right to internet access : a foundation pillar for democratic principles