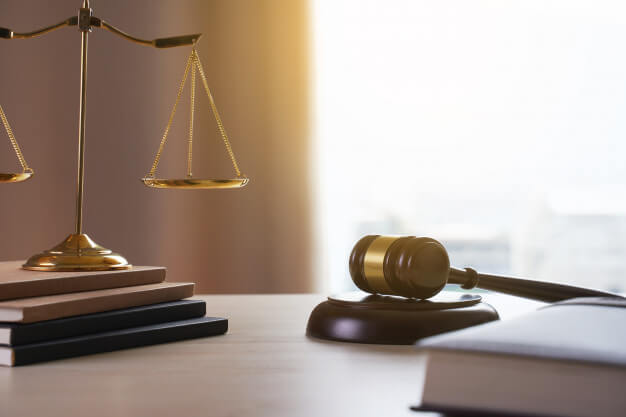 This article has been written by Arundhati Roy.

The Information Technology Act, 2000 was enacted by the Indian parliament to facilitate transactions carried out through the means of electronic data interchange, facilitate international trade, and as an alternative to paper-based methods of communication and storage of information. The Act primarily provides legal acknowledgment to “electronic commerce” or “e-commerce” and provides a redressal mechanism even to the owner of a single computer, computer system, or computer network located in India that has been violated by a person belonging to any nationality. As the cyber-crimes are progressing at an incredible speed with the advancement in technology, this Act ensures protection to the victims of cyber-crime. The Information Technology Act, 2000 extends to the whole of India and applies to any offense or contravention thereunder outside India by any person.

Sections 43-45 of the IT Act, 2000 deals with various forms of cyber contraventions and imposes penalties on the offenders. Section 43 is of utmost importance among these sections as it specifies ten different causes of causing damage to the computer, computer system, or computer network. The offenders falling under Section 43 or 43A are imposed with the liability to pay damages by way of compensation to the person who has suffered due to such violation. In order to seek damages by way of compensation, the affected person has to approach the appropriate forum, which is the adjudicating officer appointed under Section 46 of the IT Act, 2000. The adjudicating officer has the pecuniary jurisdiction of up to five crore rupees, and any affected person seeking to claim compensation beyond this amount has to approach the competent Court for proper redressal. In this article, we shall go through the various provisions of the adjudicating officer under Section 46 of the Information Technology Act, 2000 and shall study the effectiveness of the working of this redressal mechanism as ensured by the legislators while formulating this Act.

Adjudicating officer under the IT Act, 2000

One of the salient features of the Information Technology Act, 2000 is the appointment of an adjudicating officer who should not be less than the rank of a Director to the Government of India or an equivalent officer of a state government as an adjudicating officer who shall adjudicate whether any person has committed a contravention of any of the provisions of this Act or of any rule, regulation, direction or order and shall hold an inquiry in the manner prescribed by the central government. Further, the adjudicating officer is vested with the power of a civil court to adjudicate any matter before it. Under Section 46 of the IT Act, the power to adjudicate has been specifically enshrined for the purpose of adjudging under this Chapter.

Section 46(1) of the IT Act, 2000 states that the central government shall subject to the provisions of sub-section (3):

Further, Section 46(2) states that the adjudicating officer shall give a reasonable opportunity to make representation to the person who has violated any of the provisions of this Act or any rule, regulation, direction, or order made thereunder. And if satisfied after conducting an inquiry that the person so accused has committed the contravention, penalty or award of compensation may be imposed by him as deemed fit in accordance with the provisions of that section.

The essential requisites which are required to be fulfilled so as to be appointed as an adjudicating officer have been laid down under Section 46(3) of the IT Act, which states that in order to be eligible for this post, one must possess qualifications like experience in the field of information technology and legal or judicial experience as may be prescribed by the central government.

Lastly, Section 46(5) vests the powers of a civil court on every adjudicating officers which are conferred on the Cyber Appellate Tribunal under sub-section (2) of Section 58 and includes the power to order attachment and sale of property, arrest, and detention of the person who has committed the contravention and appointment of the receiver which increases the enforceability and efficacy of its orders and working.

Scope and manner of holding an inquiry

While adjudging the quantum of compensation or penalty, the following factors shall be considered by the adjudicating officer:

Adjudicating officer vested with powers of a civil court

Sub-section (5) of Section 46 states that the Adjudicating Officer has been vested with the same powers as are vested in a civil court under the Code of Civil procedure, 1908 while trying a suit, in respect of the following matters, namely: –

The adjudicating officer shall deliver a certified copy of the order to the complainant & the respondent.

As a result, the Telecom Dispute Settlement and Appellate Tribunal (TDSAT), established under Section 14 of the Telecom Regulatory Authority of India Act, 1997, has substituted CAT and since 2017 has been working as appellate tribunal for the purposes of the IT Act. The TDSAT exercises the jurisdiction, powers, and authority bestowed upon it by or under IT Act.

In the Indian National Congress (I) v. Institute of Social Welfare, it was held by the Supreme Court “… where law requires that an authority before arriving at a decision must make an enquiry, such a requirement of law makes the authority a quasi-judicial authority.”

Is the working of the adjudicating authority really effective: Present scenario

Now, pertaining to the IT Act Notification No. 240, which makes it mandatory to set up infrastructure by the Department of Information Technology, becomes a questionable fact when these IT department websites are inaccessible or prove to be deficient. For example, the State of Maharashtra’s website http://it.maharashtra.gov.in/1130/Filing-Complaints-under-IT-Act, has been inaccessible for the last 2 years.

The Government of Maharashtra has created this website to file complaints before the adjudicating officer under Section 46 of the IT Act, 2000. As the website is inaccessible, any aggrieved person will not be able to have access to the redressal mechanism so provided, which manifests that there is no compliance of order passed by the Ministry of Information Technology vide IT Act Notification No. 240. Not only the State of Maharashtra, other States in India, such as Madhya Pradesh, Gujarat, Rajasthan, Bihar, to name a few, also do not have websites for filing a complaint through online mode before the Adjudicating Officer under the IT Act.

Even the Consumer Protection Act, which the Ministry of Consumer affairs handles, provides for e-filing of complaints through their “Consumer Commission Online-Application Portal,” and their website is https://www.edaakhil.nic.in/edaakhil/. The website is well-formed, including the instructions for e-filing, and consists of video tutorials for the step-by-step procedure of e-filing. Besides this, any person can have access to the judgments passed by the consumer protection forums, which makes the working of the entire mechanism exceptionally transparent.

Not to forget, the Supreme Court of India when it opted for the digital way in the year 2017 with the launch of the e-filing system. The Integrated Case Management Information System (ICMIS) launch has made it possible to file a case online along with the feature of tracking its progress. The new system was launched to serve as a digital repository for case-related information that can be accessed at www.sci.gov.in and provides various functions such as filing cases, checking listing dates, case status, online service of notice/summons, etc.

Furthermore, the high courts of all the states are not left behind; each of them has its own portals to provide online services such as e-filing, case status, daily cause list, etc. All these attributes of the online services raise the efficiency of these redressal mechanisms. In a landmark initiative, the Gujarat High Court became the first to do a YouTube live streaming of judicial proceedings. When we look at these initiatives, the situation with the information technology websites are entirely dilatory and hence fail to deliver the efficacy which is expected from it.

Moreover, it is to be noted that the adjudicating officers belonging to the State of Karnataka, Tamil Nadu, Kerala, and Delhi have been the most judicially active in adjudicating the matters before them compared to their counterparts in other States of India, who are struggling. The reason as to why the other states are lagging lies in the very fact that there is a death of cases filed before the adjudicating officers of these States, which is again because the general public isn’t aware of the existence of any such mechanism for seeking compensation under the IT Act, 2000.

This is like a vicious circle that goes on and on. There has been no such initiative taken by the government of the states to create awareness among the general public regarding the statutory powers of an adjudicating officer under the IT Act. It is further pointed out that most of the judgments passed by the adjudicating officers are out of reach from the public domain. Suppose any person wants to have access to the copies of the judgment. In that case, it is unavailable, as there’s no such public domain set up for accessing previous judgments passed by the Adjudicating Officers under the IT Act.

To conclude, it can be said that, despite setting up of redressal mechanism such as the adjudicating officer and vesting it with powers of a civil court to adjudicate the matters concerning the cyber contraventions under the Information Technology Act, 2000, the role played by them has not been deployed to the fullest by the persons affected due to cyber contraventions.

Further, another point of consideration is e-governance, which signifies the application of information technology and communication by the government for the purposes of facilitating government services as well as to achieve the objectives of governance and has been taken up by the Indian government in 2006 by the launch of National e-Governance Plan (NGP). An initiative under this plan was the launch of the Digital India Campaign in the year 2015 to empower the country digitally. Apparently, from the launch of the Digital India Campaign and the lack of development of websites by the Department of Information Technology that we see today, it is explicit that there is a contradiction in what was promised by the government and what is being provided.

Also, there is no mechanism to keep track of whether the state governments in India are taking necessary efforts to improve their technological infrastructure in order to comply with the order of the central government, which makes it mandatory to develop the much-needed infrastructure for the proper implementation of the Information technology Act as per the changing needs. In view of the current scenario in nexus with the Information Technology Act, it can be said that the mechanism of adjudicating officers can prove to be truly effective if the government can create IT websites, stating step by step procedure of its operation, options for filing online complaints as well as by clearly specifying the procedure regarding how complaints can be filed before the adjudicating authority or their appellate authority along with the format and the basic fee-structure so that even a layman would be able to file a complaint without the help of any legal practitioner.