This article is written by  Vibha Aggarwal, pursuing a Certificate Course in Real Estate Laws from LawSikho.com. Here she discusses ” How are Development Authorities Constituted and what do they do” 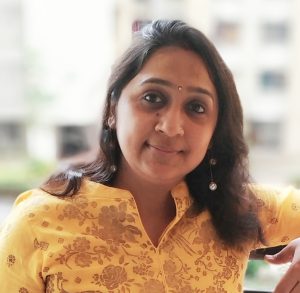 The process of urbanization and migration of people from rural areas to urban areas for better living opportunities has resulted in serious problems of housing, infrastructure, and health. This unplanned urbanization pushes poor people to live in urban slums in very unhealthy living conditions. Thus, tremendous pressure is exerted on urban infrastructure due to unplanned growth.

Several urban development authorities have been established by various state governments to provide housing, infrastructure, and amenities to its ever-growing population.

Under section 6 of the Delhi Development Act, 1957, DDA has provided a charter with the following objectives:

Over a period of time DDA has not only undertaken housing projects but has also developed commercial complexes, sports facilities, public transportation systems, parks & playgrounds.

The Authority believes in “Green Delhi” and works with the objective to protect the environment by retaining green belts and forests. Realizing the importance of Delhi`s place in national development, DDA along with other state authorities is playing a vital role in the development of the National Capital Region (NCR)

DDA had launched housing scheme 2019, for 18000 flats across for all four categories – EWS, LIG, MIG and HIG (source: Housing.com)

Proposed Zonal Development of Delhi by DDA as per Master Plan, 2021 Since 2007, the Master Plan of Delhi came into force with a view to accommodate 23 lakhs individuals by the year 2021.

HUDA was constituted with a mandate to provide:

It also provides developed land to Haryana Housing Board & other institutions to achieve its basic aim of providing housing to all sections of society with special focus on the economically weaker section of the society.

Early this year, the Haryana Shehari Vikas Pradhikaran (HSVP), earlier known as HUDA, launched a new housing scheme for distribution of about 6200 residential plots in urban areas in all across the Haryana. (Source: educationbhaskar)

Also, HSVP constructed low-cost houses (around 9992 houses) for slum dwellers rehabilitation, who have encroached HUDA land (Source HSVP: Information at Glance- as on 31.03.2019)

No. of Sectors floated

No. of Plots Allotted

MHADA constructs & allots affordable houses to all income groups of the society. Even though Mumbai is known for its skyrocketing high price, MHADA is able to provide homes comparatively at a low price. It also provides houses to Mill Workers who lost their jobs and homes in midst of the 1980’s during the great mill strike.

MHADA is also involved in repairs & reconstruction of old & dilapidated buildings. In true sense, it works to uplift the living standard of all sections of society not only by way of providing affordable homes but also participating in slum improvement activities.

The most important feature of MHADA is the system of allotment of the houses through its computerized housing lottery system.

Even though MHADA tries its best to provide affordable homes, most of the times its home units are unaffordable to the majority of the population of economically weaker sections as pointed out in the study undertaken by PRAJA, an organization working in Mumbai.

Some of its findings are given below:

Source: Report by Praja.org on the state of affordable houses in Mumbai

Source: Report by Praja.org on the state of affordable houses in Mumbai

As can be seen from Table 2 above, MHADA dwelling is unaffordable for nearly 80% of Mumbai’s households which belong to the economically weak, low income and middle-income categories.

City and Industrial Development Corporation of Maharashtra Ltd. – CIDCO was incorporated on 17th March 1970, under the Companies Act, 1956. The State Government via Resolution (GRNO. IDL/5770/IND –I) issued a notification stating CIDCO as the New Town Development Authority (NTDA). It was a subsidiary of the State Industrial and Investment Corporation of Maharashtra Ltd. (SICOM).

From October 1971, CIDCO was an authority for development in Navi Mumbai. CIDCO undertook to prepare and publish a development plan as required by town planning. CIDCO identified 14 nodes to facilitate development to form Small Township and gave it the identity of a new city.

CIDCO Mass Housing Scheme was launched in December 2018 in the state of Maharashtra to benefit the economically weaker sections and lower-income group. These section under this scheme will get benefit the same as Pradhan Mantri Awas Yojna.

Under this scheme, total 89,771 houses are to be built – 53,483 for the economically weaker section and 36,288 for the lower-income group will be constructed within a period of 5 years (approx)

Since their inception, development authorities have undergone various changes to cater to the dynamic needs of growing cities. Post liberalization of economy (after 1992) saw increased demand for industrialization, commercial activities, and infrastructure. Through efficient planning & better utilization of available resources, they have been able to play greater role in urban development by implementing various development projects such as housing, roads, flyovers, metro rail, etc. Also, the focus is on the green initiative to provide a clean & healthy environment to its population.

As India is fast developing the economy, rapid development is essential to fuel the growth engine. To do this, smart planning and quick implementation of development activities are of prime importance.

Unfortunately, multiple agencies are involved in the development of the same area, city, and region. Lack of clear division of responsibilities often leads to a multiplicity of the role and over-lapping functions resulting in wastage of time and resources, thus duplication of work & long delay in project implementation.

Various agencies involved in city development are as follows:

Involvement of multiple agencies often leads to poor coordination. The multiplicity of authority and lack of coordination results in poor decision making & delay in the implementation of development plans. This poses a big challenge before development authorities in fulfilling their objectives in the most effective and efficient way.

To fulfil the aspirations of a growing population and provide futuristic public infrastructure, development authorities need to focus on the following points: