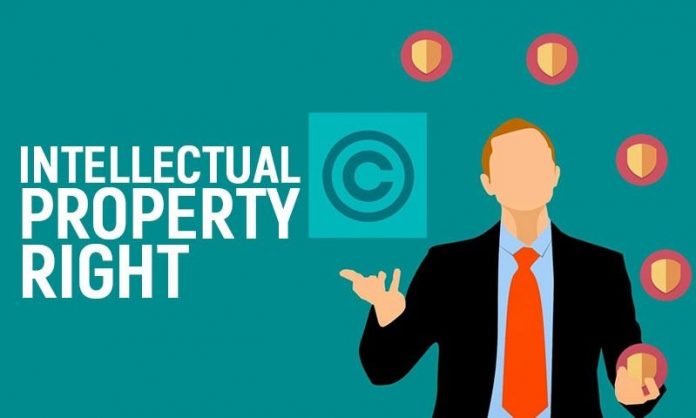 This article was written by Monesh Mehndiratta, a student of BA LLB, Graphic Era Hill University, Dehradun. This article talks about IPR and then moves on specifically to copyright and patents and the difference between the two.

Intellectual Property Rights (IPR) deal with intangible property or the creations of human mind and intellect. According to Black’s Law Dictionary intellectual property means “a category of intellectual property rights which protects commercially valuable products of the human intellect”. The artistic works, ideas, creations, inventions, designs, symbols, names etc, are protected by the IPR law. It tends to give exclusive rights that a creator enjoys over his own original work for a certain period of time. Article 27 of the UDHR also mentions such rights. The two main historical events that led to its development are the Paris Convention for the Protection of Industrial Property in 1883 and the Berne Conventionon Protection of Literary and Artistic Works in 1886. In ancient times, there was no such mechanism to give recognition to the inventions, ideas, and artistic work done by the people. With innovation, economic growth and numerous discoveries, the need to safeguard people’s work was felt and taken into consideration. As a result, the country signed the TRIPS agreement (Trade Related Aspects of Intellectual Property).

Following are the types of intellectual property rights:

In India, the legislation relating to copyright is the Indian Copyrights Act, 1957.  According to the Act, it means the exclusive right to do or authorize any act with regard to the work which forms the subject matter of the copyright given therein. This means that a person having copyright ownership has the right to reproduce the copies, circulate them in public, perform, translate or adapt the work, which can be literature, drama, film or an artistic work. Copyright subsists in head notes, editorial notes, etc. for case law reports. (Eastern Book Co. v. Navin J. Desai, 2001)

Criteria for the protection of a copyright

In order to qualify for copyright, the work must fulfill the following conditions:

Subject matter of a copyright

Section 13-16 of the Act, provides all the work that are under the protection of copyright:-

The words in the dictionary are also copyrightable as the compilation required hard work and skills.  (V. Govindan v. EM Gopal Krishna Kone and Anr ,1923)

However, the following subjects have been excluded from the purview of copyright.

Ownership of a copyright

According to Section 17 of the Act, the author has the ownership of the copyright on the work. But there are certain conditions:

In the case of Vicco Laboratories and Anr v. Art Commercial Advertising Pvt. Ltd. (2001),         the appellants were involved in the business of pharmaceuticals but had sponsored a serial prepared by the respondents and invested a huge amount of money. They filed a suit to claim copyright on the title and format of the serial and requested a permanent injunction restraining the respondents to make use of title or format further. The Supreme Court in this case held that the facts do not fall under Section 17 as the appellants were unable to prove the conditions given under the section and hence, dismissed the case.

Rights of an owner of a copyright

Following are the rights of an owner having a copyright on his/her work:

Duration of a copyright

It is a right exclusively granted for the invention of a new product or a process or technique that offers a better way in production of any product. They also form a part of incorporeal rights. The patents were introduced in India by the Indian Patents and Designs Act, 1911, which was later amended and modified by another act of 1970, which was again amended in 2005 to meet the needs and demands of society. The amendment repealed the exclusive marketing rights (EMRs) and replaced them with a compulsory license.

These are the patents on a product invented by a person and cover in their ambit all uses of the product. It gives monopoly rights over a physical right irrespective of the method used in its production.

It gives monopoly rights and protection to a specific process or method used in the production of a thing. It is applicable in a situation where the product is known or some of its methods are known but a person has devised entirely new methods for its production.

It is a combination of both product and process patents. For example, a product by process patent. In this, the protection lies in the steps involved in the production of a product.

These provide the owner with rights to make alterations, additions, or improvements to his patented invention. The term of this patent is the remaining period of the patent of the original invention. It is granted by the Controller of Patents under Section 54 of the Indian Patents Act, 1970.

It means that the government, if it thinks fit that the invention is such that it is important for the safety or defence of the country, may direct the person to apply for secret patents.

A patent which cannot be exercised independently and needs the use of an earlier patent is known as dependent patents. Such patentees can apply for a licence to use earlier patents under Section 91 of the Act.

It is a patent over a new configuration or design of an already patented product. The term of such a patent is shorter than that of an independent patent. In India, there is no such patent.

In order to get patents right over an invention, the criteria must be fulfilled:

Section 2(1)(j) of the Act defines invention as “a new product which involves an inventive step and is capable of being used in the industry.” However, mere discovery of a new substance not increasing the efficacy is not patentable as per Section 3(d) of the Act. Section 3 and Section 4 of the Act provide the list of all the matters that are excluded from patents, i.e., non-patentability:

In Novartis Ag v. Union of India (2013)  popularly known as the Novartis case, the Supreme Court held that mere discovery is not an invention and laid down certain principles for pharmaceutical patents. It was held that for patents in this area, inventions had to undergo tests apart from the criteria of patentability. One of them is the efficacy test.

It is defined under Section 2(l) of the Act. It is the basic requirement for the patent that the invention should not have been published earlier in any form and made available to the public.

It also means the non-obviousness of any invention. Section 2(1)(ja) of the Act defines the term inventive step. The definition implies that if the invention is obvious to any person then it does not fulfill the criteria of patentability.

It is defined under Section 2(1)(ac) of the Act. It means that if an invention is in abstract form, it cannot be used in the industry and will lose its application. Thus, it is necessary that the invention has a capability of industrial application.

Rights of a Patentee

Patents in India are the monopoly rights given for a specified time period of 20 years from the date of application to a person who has invented something which is not excluded under Section 3&4 of the Act.

Difference between copyrights and patents

There are many types of intellectual property rights. Some of these are copyrights, patents, trademarks, trade secrets, etc. Copyright is dealt under the Indian Copyrights Act, 1957 whereas the concept of patents is dealt by the Patents Act, 1970. For both the types of IPRs, there is certain criteria which has to be fulfilled in order to enjoy the benefits. However, they differ to a great extent. Patents deal with inventions, while copyright deals with the creation of ideas and original works of the author, whether in literature, drama, music, art etc. Other differences have been explained in the article.

In order to qualify for copyright, the work must fulfill the following conditions:

Section 3 & 4 of the Patents Act, 1970 gives the list of subject matter excluded from patents.

Facets of copyright in a film