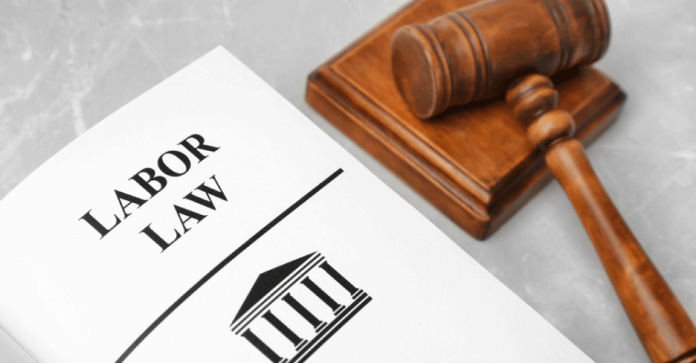 This article is written by  Syed Muheeb a 2nd-year student at Bangalore Institute of Legal Studies pursuing a Diploma in Law Firm Practice: Research, Drafting, Briefing, and Client Management.  This article has been edited by Ruchika Mohapatra (Associate, Lawsikho).

At the height of the digital era, we are rapidly witnessing a staggering increase in tech companies and most companies including tech are now generalizing the notion of Work-from-home. Digital Labour is essentially categorized with their ability to work from any place, any time and take up any Job in accordance with their specific skill set.

For this form of labour, the Digital Labour platforms have become facilitators to these gig workers and employ them for part time-based work or freelancing. A couple of key platforms in this are Swiggy, Uber, Ola, Upwork, Fiver. Even as a customer to these platforms they have taken up a huge part in our Contemporary lives. These tech companies reap enormous benefits in terms of saving infrastructure cost, insurance, compliance cost that would otherwise be required for employing them in a traditional office.

History behind digital labour and the platforms

The Internet has changed the way we perceive things. The work that was traditionally ‘Geography based’ had a significant change with the introduction of the internet. The internet plays a crucial role in connecting the workers and their employers by a facilitator interchangeably used with the term apps. Now the clients, bosses, workers and even the end product users can be located in different corners of the world. Specific examples are the E-commerce industry like Amazon, Flipkart, Alibaba.

This rise in digital Labour can be attributed to the amalgamation of two trends primary being the rise in unemployment and the need to be employed for sustainability. Just in the case of India, the current unemployment rate stands at 6.57% in January 2022 according to (Centre for Monitoring Indian Economy) hereinafter referred to as CMIE. Which is a staggering number that was acknowledged even in the budget of 2022

The secondary influence is the increasing connectivity on a global scale. The rise in smartphone penetration and people being able to access the internet is at 51.4 % in 2019 from 16.8% in 2005 on a global level.

The usual work on these digital platforms consists of two types: Micro-work and Macro-work.

Microwork are short and the nature of these are copywriting, content writing, clerical nature, Product categorization, Digital Marketing, Verifying and Validating data and translation of data. The Macro work on the other hand are long term projects which require domain expertise such as Website development, Graphic designing, Contract drafting. To get access to these works’ platforms like Upwork and Fiverr play a crucial role and these platforms require these gig workers to highlight their area of work and showcase any projects that they have undertaken.

The work in terms of online web-based platforms across the world has tripled over the last decade. Moreover the number of taxi-based services (Uber) and delivery platforms like swiggy grew significantly. The total number of all such platforms rose from 142 in 2010 to over 777 in 2020, according to the (International Labour Organization) hereinafter referred to as ILO data. The size of these platforms was usually micro that is housing less than 50 employees.

There haven’t been any strong labour reforms in place to oversee the work and payment of these gig workers but recently in the case of Uber BV. The United Kingdom (hereinafter referred to as the UK) Supreme Court has ruled that Uber drivers cannot be treated as independent contractors and directed Uber to treat them as workers and provide them with benefits such as paid holidays, Minimum wage and even pensions. This affects the entire structure of digital platform industries making them fall in line with all other companies in terms of labour laws.

India has consolidated its labour laws into 4 Codes on industrial relations, occupational safety, wages, and social security. Also known as Occupational safety, health and working conditions code hereinafter referred to as OSHWC Code. Among other changes, this new framework recognises the core work of employment in digital labour such as ‘gig work’. Moreover, the Code on Social Security, for instance, extends employment-related benefits to gig workers, which makes India one of the first countries to insert labour reforms for the digital economy.

Now, as per every digital platform, the core business of these online platforms sustains on networking and building relationships with consumers. This drives innovation and a competitive environment and establishes a new touchstone for digital services. It can be attributed to providing an online equivalent of the scale of economies. The overall utility to total participants is increased by every additional node in the chain of the network which is a reference to these gig workers.

A good digital network like Upwork or Fiverr has given the consumers of these services hundreds of options to complete their project be it short term or long term and because of this system, the heterogeneous services are being offered at a very low hourly rate. The usual cost of Macro-work will lie somewhere around 5-20% of the total project cost and currently, this does not provide any social security benefits and there are huge concerns around non-payment of wages as well. In regards to the above concerns, the OSHWC Code outlines exceptions to limitations on the use of contractual labour.

The concerns and need for redressal

In my opinion, the concerns, right from the amount paid to these platform workers, some of them are in the form of incentive-based and even hourly rates. The hourly rates are in dire need of assessment. To cite the survey by ILO, it showed that average hourly earnings were anywhere between US$2 – 6 depending on the type of Micro-work in 2017, The even more concerning part is a significant number of workers in these digital platforms were earning below the prevailing minimum wage in their jurisdiction, most often than not these workers lacked the power of negotiation where the option was either to accept the work or be rejected.

The work intensity during that period of the gig is in a high stressed environment, for example drafting a contract is usually to be done within a day or two, this is amplified by the work availability, unreasonable rejections and even non-payments for pre-agreed amount as the payment is made post completion of work and in the digital era the consumers have reportedly ghosted the gig workers on multiple occasions. To address this platforms like up work and fiver have a strong policy against contacting the consumer or the service provider outside the purview of the platform. Last but not least, social security measures like insurance or coverage from Covid pandemic for all these gig workers from swiggy to uber are virtually non-existent.

To address these growing concerns, the Court of UK in its major verdict held certain criteria for people who have flexible work hours in order to be classified as workers. The courts will be looking into the substance of the arrangement, degree of control passive or active and then decide if the workers are entitled to receive statutory benefits such as the National minimum wage and holiday entrenchment. The decision has far implications on companies like Uber and Swiggy whose entire operations rests on these gig workers and essentially seek to treat them as independent contractors or clients, rather than full employees to re-evaluate their hiring arrangements and go over as to how they should be treated.

India’s labour code/OSHWC Code and the recognition of Gig workers not only outlines expectations to limitations on contractual labour but also has covered and extended certain benefits of labour reforms. However, the implementation of the code is left at the discretion of the state. As we all know the history of labour laws, their unpredictable interpretation due to key Stakeholders and convoluted legal drafting has chequered their existence.

In line with states, constant backtracking on promises to labour is not something that is new. Like in the case of revocation of labour laws during a critical time of the Covid pandemic by Uttar Pradesh and Madhya Pradesh under the pretext of economic sustenance and resilience. The sheer number of cases at district and taluka courts on labour and industrial disputes is a staggering 1.5 lakh cases and is in dire need of attention. The government needs to at least employ smart policies when the economic support is less, to tackle this situation.

Why do I need to look after the employees who work at the time they like? How are they different from independent contractors? Time has changed with the increasing connectivity of the internet and a major chunk of the workforce increasingly constituting the digital form of labour. It’s absolutely critical that the employees are classified as employees as without these fundamental rights the operations of the companies would essentially be non-functional. They are different from the independent contractors as the quick buck to earn has suddenly transformed itself into a full-fledged primary job, even the working hours are being dictated by the digital platforms as the workers are ready to work even on the barest of income margins and this exploitation is pretty much going unnoticed for several years on record.

But finding the right balance between the companies and employees is like driving a car with no steering wheel and we all know how that ends up for both driver and pedestrian. However, the ‘comply or explain’ template is proportionate to a digital economy like India and its digital platforms as it forms the core basis of a transparent yet effective regulatory framework. Let’s hope for better employment and work prospects for these invisible armies.