This article has been written by Amit Sharma.

The most glaring, contending and disturbing issues which are affecting the relations between the USA, China, the Philippines are having an inverse impact on the international community as a whole. The conflict in the jurisdictional claim over groups and chains of islands in the south china sea whereby leading the dispute between the nations. Further, the Philippines claims its  jurisdiction on some of the littoral islands sitting on the south china sea, at the same time China is also claiming jurisdiction over all the island on the sea. The overlapping effects of the claim pertaining to jurisdiction lead to the conflict between both nations. Thus creating friction and controversy between the nations thereby affecting their foreign relations. 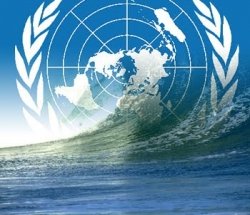 The aim of this article is mainly focussed on the dispute of South China Sea which is at present creating tensions between the U.S and China.

The international hydrographic bureau defines the disputed South China Sea as a water body which stretches from southwest to northeast direction, further its southern border is 3 degrees south latitude between South Sumatra and Kalimantan. Its northern border is the strait of Taiwan from the northern tip of Taiwan to the Fukien  Coast of  China.1

To be the most specific geographical location of the islands on the South China Sea lies between 109 degrees and 117 degrees east longitude and 4 degrees and 11 degrees north latitude.2

The disputed sea is composed of approximately 100 to 230 islands wherein small  islands called islets  are usually included in it. Submerged in water, shoals, banks, atolls, reefs and cays, which covers an area of approx. 180,000 sq. km.3

Because of the strategic, political, and economic significance in the Asia pacific region of the South China Sea, most of the claimant states wants to have jurisdiction on it.

Significance of the South China Sea

There are three most arresting reasons which explain why the South China Sea is labelled as economically  significant by the claimant countries.

South China Sea is a water body which is extremely strategic, on the geographical point of view. Annually about 50% of the merchant fleet all over the world passes through the Sunda Strait, the Strait of Malacca and the Lombok Strait.

Initially, there existed a conflict between China and the Philippines and no other nation of the world was involved in it.

At the time of world war II

The Japanese navy made the optimum use of South China Sea back then. It used the  water body for  various operations and did not allow any other nation to enter into it and utilize that path for military purposes.5

Creation of nine-dash line by China

Chinese reaction to the Philippines action

In 2012 when the Philippines navy restricted the fishing practice of the Chineese boats, in the furtherance of the People’s Republic of China retaliated this action of the Philippines through Scarborough shoals.7

Declaration of conduct of parties in the south china sea 2011

The parties of this declaration included various nations namely the PRC, Brunei, Malaysia, the Philippines, Taiwan and Vietnam. These nations agreed upon the primary  guidelines of the declaration pertaining to the dispute. Further, this declaration proves to be the milestone to resolve the tensions between China and ASEAN countries.8

UNCLOS is the modern law of the ocean which is based on the doctrine of mare liberum which means open sea. With the changing time and rising of marine activities demanded to adapt the UNCLOS. The process of adopting the UNCLOS started in 1958 and it finally came into force in 1994. Further, China and all the other nations involved in the dispute pertaining to the South China Sea  were the signatories to this convention. The USA was the non-party to this  convention, however, has reservations with its seabed convention. The basic highlight of this convention are:

Following the dispute, the Philippines filed a case to the Permanent court of arbitration. The tribunal was constituted on 21 June 2013 in pursuant to the  procedure set out in annex VII of the  UNCLOS to decide the dispute presented by the Philippines.

The tribunal considered the lawfulness of Chinese actions in the South China Sea. After finding that certain areas are within the exclusive economic zone of philippines, the tribunal ruled that  China had violated the sovereign rights of the Philippines in its EEZ by:

The ruling of the tribunal was totally against China and also a major victory for the Philippines. This is also described as a “heavy blow” for China.10

The principle of territoriality

The disputed South China Sea is protected under 1982 UNCLOS, which provides a pathway from the status of  the islands, the continental shelf, enclosed seas and territorial limits. UNCLOS provides the most relevant provisions for the dispute of South China Sea:

The EEZ confers on the coastal states “sovereign rights for the purpose of conserving and managing, exploring and exploiting natural resources, whether living or non-living off the water superjacent to…”13

The Philippines is claiming the parts of the islands on the basis of the  provisions of UNCLOS on EEZ. Geological studies found that acc.to UNCLOS on EEZ, the Spratly islands in the South China Sea are part of the Philippine territory and jurisdiction.

Therefore by enforcing UNCLOS, the arbitral tribunal gave the ruling in favor of the Philippines.

The arbitration award stated that the scope of entitlement is elaborated by UNCLOS. Further, China’s claim is excessive pertaining to the nine-dash line. Therefore, the historical aspect of the claim became relevant.

The award stated that though Chinese mariners made used the Islands back then there is a lack of evidence that Chinese mariners exclusively had access to the sea. Thus this contention of China was also rejected.

Reactions to  the ruling

Through this U.S. interfered in the dispute and released a statement of serious concerns over the dispute.15 Further, U.S. along with japan has pressed the countries in the region to make strong support about the ruling.16

A Policy of China on the South China Sea

In 2011 the PRC’s global times newspaper editorialised on South China Sea dispute under the heading “Don’t take peaceful approach for granted.”  This article  highlighted the incidents that occurred earlier that year involving South Korea and the Philippines arresting the PRC’s fishing boats in the region.17

Regarding these incidents the article used the words “prepare for the sounds of canon.” when asked about this by the Chinese foreign ministry, they responded positively and stated that the country’s commitment to resolving the maritime dispute through peaceful means.18

In 2014 it was reported by prof. Alan Dupont that China is directing its fishing fleets in the disputed waters as a matter of policy.19

In August 2019 China’s President Xi Jinping told the Philippines that China would not recognise or abide by the arbitration decision.20

Why is south china sea, a matter of concern for the USA?

After the final arbitration ruling from the Hague, issued in July 2016 on the South China Sea dispute between China and the Philippines, the U.S. considered it the impact on the region  of its responses to the ruling and also analyzes the interests  of Washington in the south china sea:

On the outside, these principles look like altruistic and honorable objectives but on the other side, all of these are the basic self-interests of a superpower questing to maintain its domination in this part of the world.

Amicable solutions As a stepping stone to resolving the dispute

An urgent need of the Code of Conduct

There is an urgent need for the 10 ASEAN member nations and China to speed up the negotiations for the code of conduct. So that it can regulate the behaviour of the nations in the busy and resource-rich waterways. Hence, soon bilateral and multilateral treaties must come in force.

The nation must not indulge in the double standard behaviour, rather China along with other Southeast Asian nations like the Philippines, Brunei, Malaysia, etc. can make combined efforts to maintain law, order, peace and security. Hence this issue must be addressed collectively and cooperatively.

In order to de-escalate the tension in the region, all the nations involved in the dispute must proactively and fully support the United States of America on ‘three halts’ which includes:

Avoiding these three halts may raise the chances of heightening the tensions amongst the nations.

Therefore, the pursuit of these interests is not only having an adverse impact on the relations between the U.S. and China but also affecting the ability of these major superpowers to deal with bigger issues like Taiwan and North Korea. Moreover, this dispute is adversely affecting the unity and integrity of Asian nations like China, Philippines, Brunei, etc.and hence South China Sea is regarded as Asia’s most dangerous point of conflict.