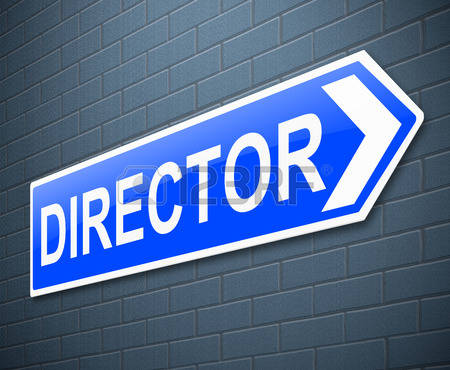 In this article, Rajeev Kumar discusses the maximum ceiling for director’s remuneration. Also, Rajeev talks about the relevant section of the companies act governing executive compensation.

in Directors play a key role in a public company, their relationship with the company is not like an employee of a company and they have the trustee relation between the government and the company. Directors are having the significant role over the affairs of the company subject to the superintendence and total control over the board of the company. In the existing global scenario, a maximum ceiling for remuneration for directors is an important issue, especially for public company.

In the competitive corporate global scenario to retain the talent of an employee, an adequate and reasonable remuneration is required. Remuneration drives the efficiency of managerial in order to get the maximum output of the company.

It is also equally important not to overreach with gross payable amount which is comprised of base salary, annual bonus, stock options and long term incentive plans of a managerial.

In India, first time law has been prescribed in 1956 as company act for maximum remuneration of the managerial. Sections 198, 309, 310 and 311 read with schedule XIII of the Companies Act, 1956 regulate with the managerial remuneration in India.

Regular amendment has been made in the law regarding the company act. Recent amendment was made for remuneration of the managerial in 2013 as Company act 2013 which replaced the earlier company act 1956.

Executive are top level managerial, who is having keys managerial role between the company and shareholders. A well and balance designed compensation attracts the executives to motivate to works and creates the long term firm value. Several regulations and provisions have been implemented in India for compensation for executives. As per the recent regulation, company act 2013 becomes the important act for appointment and remuneration of managerial.

Chapter VIII of company acts 2013 clearly state ‘how much compensation is to be given to executive’. It is also essential to know executive who is eligible for the compensation.

As per the section 2 (51) of the company act, the key managerial personnel are:

As per company act 2013, a maximum ceiling of remuneration is exempted for Private limited company; a private company can pay any amount to the managerial. Once upon a time as per the leading news paper, Naveen Jindal, executive vice-chairman and managing director of Jindal Steel & Power was highly paid CEO in India, whose estimated commission value received from the profit was Rs 39.7 lakh apart from the perks and salary.

When a company has adequate profit, following regulations has been adopted as per company act 2013,

Fee payable to director to the attending meeting of the board/committees shall be exclusive of above fee as aforesaid.

If, in any financial year, a company has no profits or its profits are inadequate, the company shall not pay to its directors, including managing or whole time director or manager, any remuneration exclusive of any fees payable to directors except in accordance with the provisions of Schedule V and if it is not able to comply with Schedule V, with the previous approval of the Central Government.

In cases, where Schedule V is applicable on grounds of no profits or inadequate profits, any provision relating to the remuneration of any director which purports to increase or has the effect of increasing the amount thereof, shall not have any effect unless such increase is in accordance with the conditions specified in that Schedule and if such conditions are not being complied, the approval of the Central Government had been obtained.

Fixing the 11 percent without any framework to address the issue, evoke questions in mind when the company is having million dollars net profit; total remuneration payable to the directors will be a gigantic sum, which is unjustified and disparity in the global market. Provision also evokes certain sense of control over excessive remuneration.

Enron is also an example of biggest corporate failure in American company, where top level management violated the several accounting and Security Exchange Commission Laws in order to satisfy their desire for profits in the short term, completely ignoring the long term interests of the shareholders, employees and the business itself. In international front, such corporate failure warns us International financial crisis.

Act contemplated the situation of inadequate profits or no profit of a company and prescribed the maximum amount in that situation, however, it does not address the real issue inadequacy or no profits of a company.

It has become big crux over the compensation policies of the company.

(a) the services rendered are of a professional nature, and

(b) in the opinion of the Nomination and Remuneration

Appointment and Remuneration of Key Managerial Personnel 11 Committee (if applicable) or the Board of Directors in other cases, the director possesses the requisite qualification for the practice of the profession.

As prescribed in the section 197(5), a director may receive remuneration by way of fee for attending the Board/Committee meetings or for any other purpose as may be decided by the Board. Provided that the amount of such fees shall not exceed the amount as may be prescribed.

The Board may approve sitting fee payable to independent and non-independent directors other than whole-time directors.

As prescribed in section 197(6), A director or manager may be paid remuneration either by way of a monthly payment or at a specified percentage of the net profits of the company or partly by one way and partly by the other.

As prescribed in section 197(7), an independent director shall not be entitled to any stock option and may receive remuneration by way of fees, reimbursement of expenses for participation in the Board and other meetings and profit related commission as may be approved by the members.

As prescribed in the section 197(14), any director who is in receipt of any commission from the company and who is a managing or whole-time director of the company shall not be disqualified from receiving any remuneration or commission from any holding company or subsidiary company of such company subject to its disclosure by the company in the Board’s report.

If any director draws or receives, directly or indirectly, by way of remuneration any such sums in excess of the limit prescribed in section 197 or without the prior approval of the Central Government, where it is required, he shall refund such sums to the company and until such sum is refunded, hold it in trust for the company.

The company shall not waive the recovery of any sum refundable to it under sub-section 9 mentioned above, unless permitted by the Central Government.