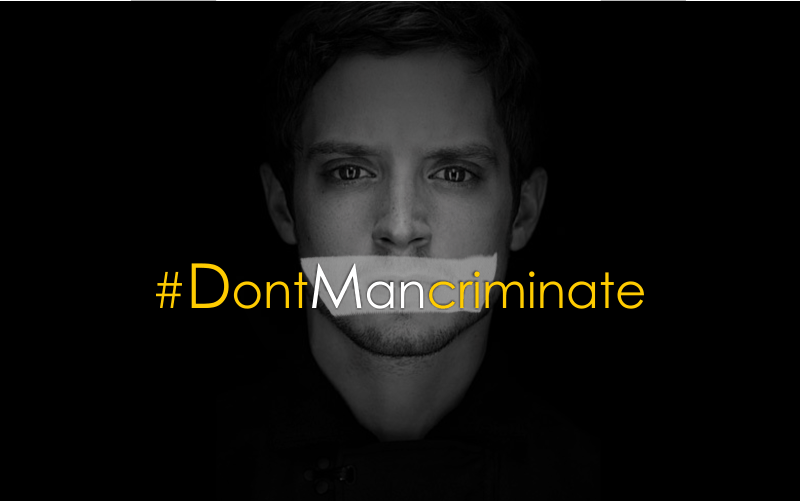 In this blog post, Sakshi Jain, a student of Amity University, Lucknow Campus writes about injustice to the male section of our society. This article explains how males are victims of discrimination in a similar way as females are and how the society turns a blind eye towards male victimization since the society has a preconceived notion that it is only the females who can be abused and harassed by males and not vice-versa. 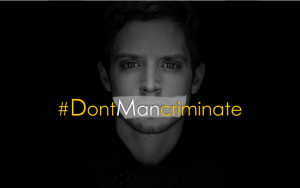 We often hear about cases of injustice against women or sexual harassment to females at workplaces. If injustice is being done, there is a preconceived notion that injustice is being done to the female. It usually never occurs to people that harassment can be done to males as well. But nowadays, cases have come to people’s notice where harassment to males is being done and no justice is given to them because it is been assumed that the male is wrong on his part and the female gets the preference to it. May it be a case of dowry, sexual harassment at work places, Section 498 of IPC, grant of maintenance to wife and children after divorce and many more cases, women are given priority and men get oppression by the society.  There is a gender bias against males in certain cases. A number of laws are made for the protection of female but no such laws are there for the males and this makes them the victim of the society.  There are various social movements and NGOs which works for the rights of men. Furthermore, harassment isn’t just sexual but can be mental as well. 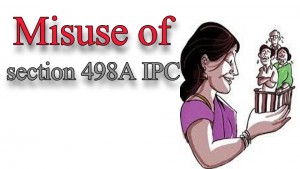 Dowry is prohibited under Dowry Prohibition Act, 1961. Demand for dowry is a punishable offense and dowry death is also a punishable offense under Section 304 B of IPC.  Nowadays, dowry laws are being misused by the wives to harass and torture their husbands. The high rate of suicides being committed by males is predominantly due to harassment by wives. Dowry law is a weapon in the hands of the wives to protect themselves from their husbands and his relatives. But what should be done if these laws are misused by wives to torture their husband and cause them mental cruelty? In Sanjay vs. Anita[1], the Bombay High Court held that a false complaint against the husband and his relative by the wife amounts to mental cruelty to husband and thus becomes a ground for divorce by the husband.

The Section 113B of India Evidence Act, 1879 says that if a married woman commits suicide within the 7 years of marriage, it is assumed by the court that the suicide was abetted by the husband or his relatives and shall be punishable under Section 304 B of IPC. This section discriminates against men as without any evidence, it is to be assumed that the death is abetted by the husband or his relatives.

Married women cannot be punished as an abettor. In Yusuf Abdul Aziz vs. the state of Bombay[2], the validity of Section 497 of IPC was challenged before the court stating that this creates biases and injustice against the male section. But it has been held that women cannot be held liable for abetting adultery.

Divorce is dissolving the marriage by either of the parties. Divorce can be initiated by any differences or misunderstanding between the spouse. Earlier wives approach the court for divorce under the pressure of cruelty, an illicit relation of her husband with other women, dowry demand or dowry death and much more. But with the passage of time, things are changing and now husbands are getting harassed by their wives and many petitions are filed in the court by the husband. Some wives harass and insult their husbands in public as well. In Dastane vs. Dastane[3], the wife harassed her husband and made his life miserable. She insulted him in front of his friends and screamed at him saying she doesn’t want the Dastane family to no last forever. These acts amount to mental cruelty against him and divorce was initiated by the husband.

Male sexual harassment is the rise

The case of male sexual harassment at the work place is on a rise. It is not only females who are harassed at the work place but males also get harassed by their co-employees or superior at their work place. Nobody wants to believe it because it is not a serious issue for everybody. But indeed, it is a serious issue for the male victim. This is because males don’t point their figure due to their ego. Many people believe that harassment is limited to females and cannot go beyond this sphere. It’s not women, but males too who are victims of sexual harassment. In a recent survey of 2015 by the Economic Times- the Synovate survey, it has been reported that almost 19% of males working in Bangalore, Chennai, Delhi, Kolkata, and Mumbai have been the victim of sexual harassment at work place. In today’s workplace, men are vulnerable to sexual harassment as much as women. It is a very serious issue and steps should be taken to overcome this. Indian society does not believe this concept because of their social beliefs that male cannot be get abused or harassed. 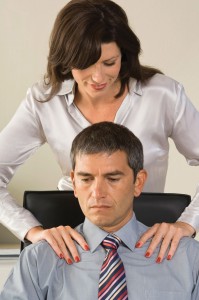 Article 14 of the Constitution of India guarantees the right to equality to all the citizens of India. But the priority and preference is given to women over men in certain cases. A number of cases have been registered and recorded against the sexual, physical or mental abuse of male. It is not only females who face discrimination but males can face a similar form of oppression. Many females take the advantages of the rights given to her. False abuse the rights given to them and register false cases against the husband and his relatives. Males are sexually abused at work places. The number is increasing day by day. Men cannot be abused is the assumption of the society and that is why they are not ready to accept it. But many males have spoken up about their worst experience of sexual abuse at the work place. The society and law are doing injustice to the male society. We live in a country where everybody is treated equally and should have a dignified means of life. Therefore, doing injustice to one section of society and justice to other is not acceptable in the country like India. Hence, a voice should be raised against the sexual abuse of both men and women and inequality should be eliminated from our country.