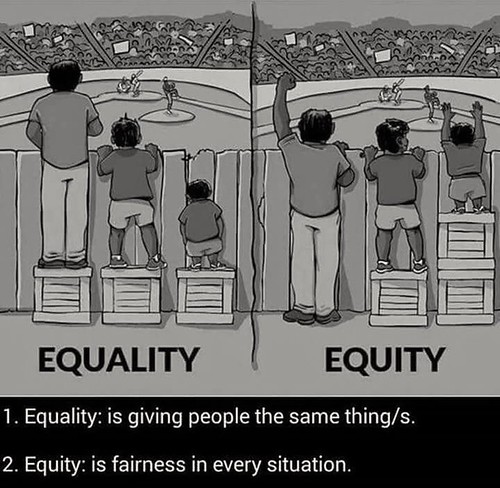 This article has been written by Diva Rai, 1st year student, Symbiosis Law School, Noida. In this article she discusses protective discrimination, it’s constitutional provisions and exceptions to it, employment discrimination law in the private sector and the concept of equality for Indian citizens.

The act of differentiating between two individuals is termed as discrimination. It is the granting of some favorable position to a specific segment of a social class above others. The weaker section remained cold for a considerable length of time as nothing more than garbage in the general public. Taking one’s measure from the class or caste to which individual belongs amount to discrimination.

The oppression of the weaker segment in the society is a well known fact to all people. The subjection of the weaker segment of the society to one or the other kind of discrimination and suppression at the hands of the advanced and the society’s dominant sections are as old as Adam. They had been suffering a lot in each and every day throughout their lives. They had been made subject to discrimination in one way or the other at stages in their life. This evil had to be nipped in the bud, however now as aftermath, it has ended up a massive tree with its roots deeply buried in the Indian society. The higher crust rules and regulations of democracy are everywhere.

Now the question arises that what constitutes the weaker section of the society? It not only includes the scheduled caste, the scheduled tribes, the other backward classes but also the female section of the society as well. Either from the high class or the low class, they have been continually facing partiality and injustice. Women have been subjected to hardships and discrimination along with the backward class. The same status as that of men in society has also not been granted to them.

The discrimination suffered by the oppressed sections of the society such as the SC and STs over a great time period has caused the concept of protecting discrimination to protect their interests. The essential reason behind defensive discrimination is to offer essential facilities to the disadvantaged sections and to bring them to the mainstream society.

There are positive clauses in the constitution with the objective to offer equal opportunity to all by prohibiting discrimination and to taking away disparities between the privileged and underprivileged classes. However, the nation faced with the quandary that this would suggest that in the society characterised through the distinctions on the idea of caste, religion simplest who are higher positioned than the rest could get all of the benefits and the backward and repressed lessons will remain sidelined. In order to overcome this, the nation has a special duty to provide identical rights to the communities through protecting discrimination. The vulnerable section of the society includes-

It says that in article 15 nothing shall prevent the State from making any unique provisions for women and children.

Added by the 93rd Constitution Amendment Act, 2006 provides that nothing in Article 15 or in sub-clause (g) of Article 19 shall prevent the State from making any special provision, by regulation, for the advancement of any socially and educationally backward lessons of citizens or for scheduled caste or scheduled tribes. Such unique provisions relating to admission to an educational institution and are inclusive of non-public educational establishments, whether or not aided or unaided by using the state, other than the minority educational establishments referred to in clause (1) of Article 30.

This article allows the State to make certain provisions for the reservation of posts in government jobs in favor of any backward training of citizens which, in the State’s opinion, is not always competently represented within the State’s services.

This article introduced by means of the 77th Amendment, 1995 empowering the State to make any reservation provision in matters of promotions for SC and ST that, in the State’s opinion, are not accurately represented within the State’s services.

This article provides for the reservation of some seats in the autonomous district of Assam for the scheduled caste and scheduled tribe.

Articles 40, 42, and 45 under the Directive Principles of State Policy, strive to provide numerous benefits to the weaker sections. These include reservation in panchayats for ladies and backward classes,  prevention of exploitation of children and free pregnancy care and delivery. Taking unique care in the promotion of social and academic hobbies of the weaker sections mainly the SCs and STs enjoins the State by Article 46 so as to protect them from injustice.

No provision made underneath Article 46 may be challenged because it violates the Fundamental Rights given in Part III of the Indian Constitution. The Supreme Court has directed the States to attempt and strive to enforce Article 44 ensuring identical treatment of women under all religions.

Zeeshan Khan a  Muslim MBA student had been refused employment by Hari Krishna Exports Pvt. Ltd. which is a private company on the grounds that he is a Muslim. On the grounds of religious discrimination, a case was registered by the police. This case attracted a lot of media attention.

(i)- No Constitutional Protection: Under Article 14 of the Indian constitution, it is emphatically said that “the State shall not deny to any person equality before the law or the equal protection of the laws”. Discrimination on the basis of religion alone is prohibited by the state in Article 15. In matters of employment under the state, discrimination on the basis of religion is prohibited by Article 16, so as to protect Indian citizens.

As defined by Article 12, the term “State”, of the Constitution, includes “the Government and Parliament of India and the Government and the Legislature of each of the States and all local or other authorities within the territory of India or under the control of the Government of India”. Therefore the fundamental rights as contained in Articles 14, 15 and 16 cannot be applied in cases of a private company.

(ii)- Criminal Sanctions: Under the provisions of IPC (Indian Penal Code), 1860 to publish in written form is an offense that a person ought to be deprived of their rights as citizens of India with a  motive in their being a member of a specific spiritual institution or religious group.

In the case of the Air India v. Nargesh Meerza, Regulation 46 of the Indian Airlines regulations gives that an air hostess may resign from the transporter after accomplishing the age of 35 years or on marriage inside four years of administration or on first being pregnant, whichever happens prior. Regulation 47 Of Air India Employees Service Regulations 47 demonstrates the managing director had the attentive to extend the time of retirement 365 days on end past the period of retirement as much as the age of 45 years at his option if an air entertainer was found restoratively fit. It was held by the court that an air hostess on the grounds of pregnancy, transformed into arbitrary and discretionary, it become the infringement of Article 14. There was no ground why the first pregnancy should remain in the way of her services. The court said that the end of services on the grounds of pregnancy was extremely outlandish and self-assertive on the possibility of this it becomes an infringement of Article 14 the Constitution.

The Court expressed its opinion on the subject of the Uniform Civil Code in John Vallamattom v. Union of India. Section 118A’s constitutional validity was challenged by a 1925 Indian Succession Act Christian priest. He claimed it was unfairly discriminatory against Christians for placing unreasonable restrictions on their ability to remove land for religious and charitable purposes as donations. A Supreme Court tri-judicial bench consisting of Chief Justice V.N. Khare and A.R. Lakshmanan and S.B. Justices. Sinha, the provision was found to be in breach of Article 14 of the Constitution.

Chief Justice Khare commented that Article 44 provides that the State shall endeavor to ensure a uniform civil code for all citizens throughout India. It is a matter of great regret that Article 44 of the Constitution has not been implemented. The Parliament has yet to take steps to frame the country’s common civil code. By removing contradictions based on ideologies, the Common Civil Code will help the cause of national integration.

Though the general rule laid down in the Indian constitution provides and presents that each and every resident of India is the same and he/she cannot be discriminated on the basis of race, caste, sex or location of birth. Some of the exceptions are also provided as to that general rule that speaks of protective discrimination. Weaker section of the society has been lagging in the race of life, so for their upliftment and safety and to bring them at the equal fame with different sections of society protective discrimination is the primary requirement of our democracy. Since the country has attained independence, there has been a great change in the condition of the weaker sections but the ultimate destination still remains miles away.

Constitutionality of taking voice samples from an accused